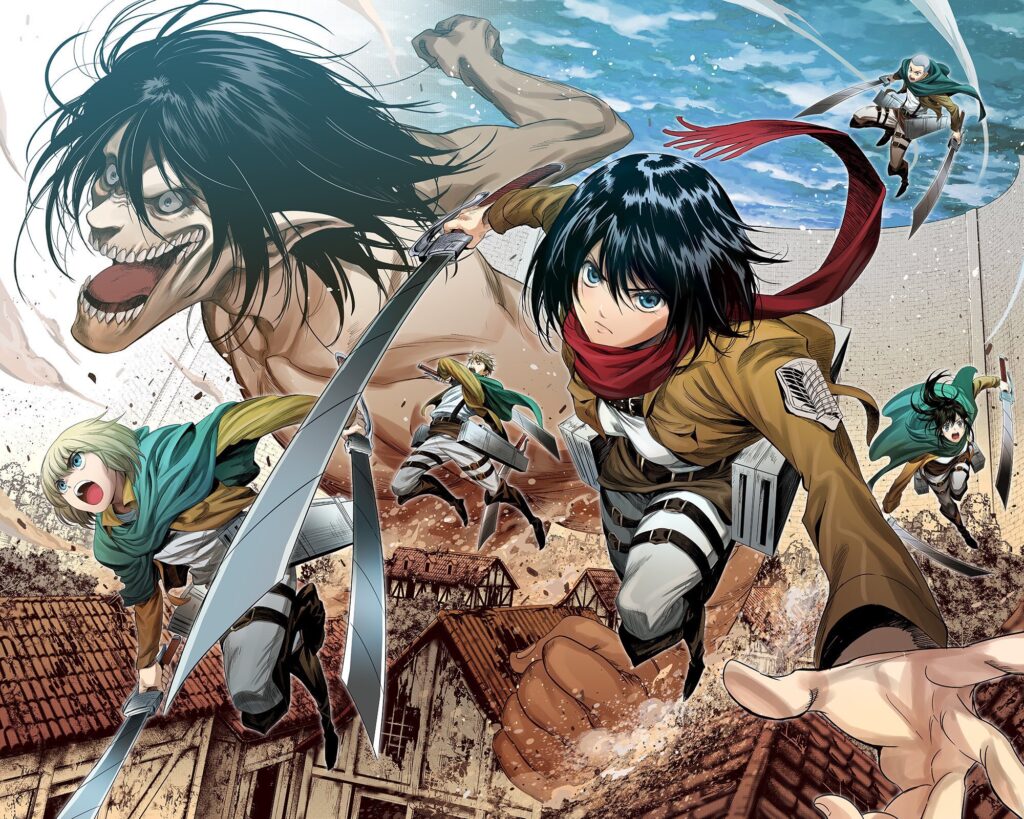 Manga author Tatsuya Shihira is starting a new series in Weekly Shonen Magazine, and he wants you to know about it: he’s posting new illustrations based on popular series via Twitter every Wednesday in a bid to boost his popularity. It remains to be seen just how effective this strategy turns out to be, but one thing’s for sure: he’s got my attention.

Shared via a new Twitter account created specifically to promote his new series, Tatsuya Shihira’s illustration endeavors started on 3 March with a piece based on Attack on Titan. While it certainly is a large departure from Hajime Isayama’s own sketchy, scratchy art, there’s no denying that quite a lot of effort was put into the composition and coloring of this piece. It has over 930 retweets and 5640 likes as of the time of writing.

Next up was Fire Force on 10 March, once again showcasing the artist’s talent for eye-catching composition and dynamic staging. The tweet also promises that Tatsuya Shihira’s new series will be ‘full of zeal’ just like this illustration. Two legends then followed on 17 March and 24 March: Diamond no Ace and Hajime no Ippo. Both are excellent, although the Ippo illustration was what initially drew me to this initiative.

Alongside the illustrations, the Twitter account meant to promote Tatsuya Shihira’s new series is also posting behind-the-scenes drawing videos, showing how they all came together. It’s always fascinating to watch an artist at work, but even more interesting is how each illustration is tweeted out in four languages: Japanese (obviously), English, Chinese, and even French. Clearly, this endeavor is also supposed to capture the interest of overseas fans, so I suppose it’s been successful in this regard.

Manga authors have obviously drawn illustrations of other series before, but never in such a systematic fashion. The one example I can think of is Kento Matsuura, who posted a lot of fanart before returning with Phantom Seer earlier last year. Even then, he wasn’t trying to actively promote a new series, so if Tatsuya Shihira’s efforts pay off, this could become standard practice in the future.