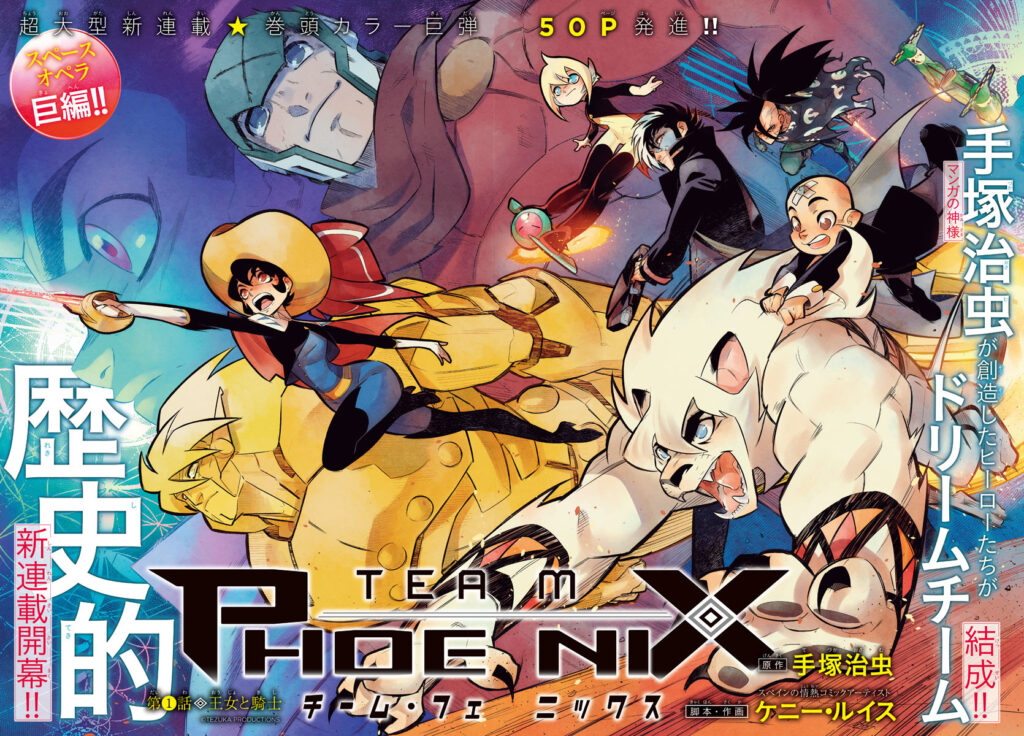 Probably no manga artist in history has been as influential as the legendary Osamu Tezuka. His memorable characters set the stage for everything that came after him.

Now a Spanish artist has put his own twist on the characters. The June issue of Akita Shoten’s Bessatsu Shonen Champion, which came out on Wednesday, features the new manga Team Phoenix by Kenny Ruiz. The reinterpretation of the characters is certainly something.

On the cover of the magazine, you can see Sapphire from Princess Knight at the top. Under her are Leo/ Kimba the White Lion from Jungle Emperor; Black Jack; and Hosuke Sharaku, the protagonist for The Three-Eyed One. (That last one isn’t as well-known as the others outside of Japan, except by hardcore Tezuka enthusiasts.)

The Dragon Ball-esque spiky-haired guy in the back is apparently the ronin Hyakkimaru from Dororo. The manga’s name is also a reference to Tezuka’s Phoenix. 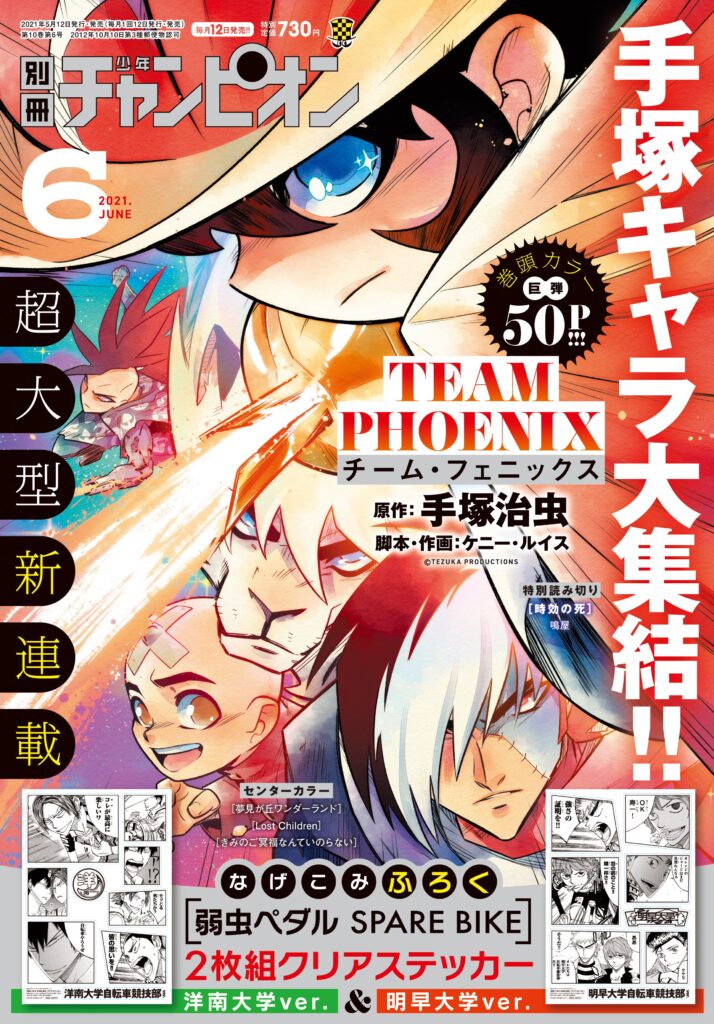 The new story is a crossover of sorts, since Black Jack never visited Sapphire’s fairy tale world. (Although, thanks to Tezuka’s ‘star system,’ her face made appearances in his stories.)

The Team Phoenix story takes place in a science-fiction, space drama setting. It seems that an alliance of living creatures is in conflict with the robots who control most of the universe.

The magazine is available at Amazon Japan. According to reports, the Belgian comic magazine Spirou will also carry the manga.