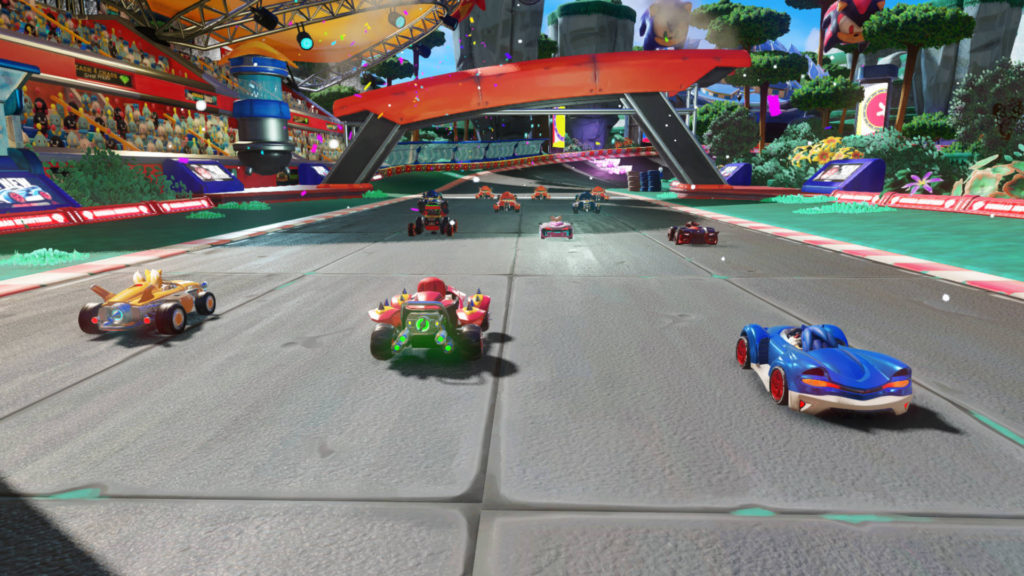 Following a slew of leaks and an eventual reveal from the team at SEGA just last week, we’re definitely well into the cycle of excitement for the upcoming Team Sonic Racing game. Now in an effort to speed that hype up a notch, SEGA has revealed a fresh set of in-game screenshots, as well as allowed for a couple of new gameplay footages to go online. Stemming from the game’s Planet Wisp racetrack, we’re given a fresh look at a number of characters that we’ll be taking for a spin in the new set of screenshots below: Set to release on PlayStation 4, Xbox One, Nintendo Switch, and PC via Steam during Winter 2018, the title is being helmed by the teams at SEGA and Sumo Digital. Gameplay for Team Sonic Racing can be seen below, where racers can be seen speeding (?) around Planet Wisp at questionable speeds for a Sonic title:

While further information about the upcoming title is set to be announced at SEGA’s upcoming E3 2018 presentation, you can find out a few of the nitty-gritty details via Team Sonic Racing’s official website.