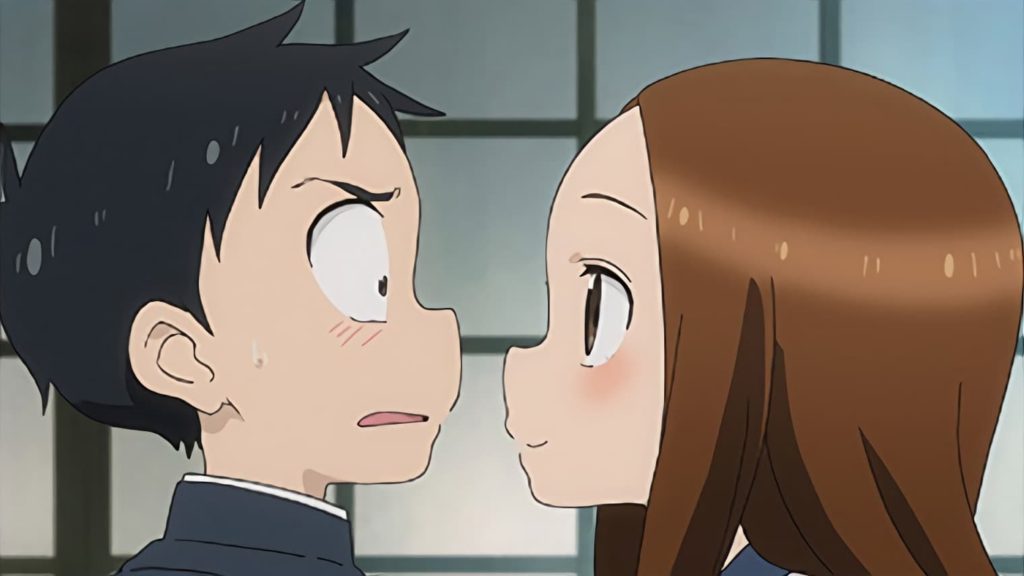 A new promotional video for the second season of Teasing Master Takagi-san released earlier this week solidifying a July release date for the show. The video also confirms some returning staff like director Hiroaki Akagi, the director of Hina Logic, and character designer Aya Takano who is also known for her work as a designer on Himouto! Umaru-chan. The animation will once again be handled at Shin-Ei Production, but the writing and animation staff will be a mix of first season veterans and those who are new to this gag comedy anime. The original was streamed in the west by Crunchyroll and Funimation and it’s manga currently in translation via Yen Press; We’d be surprised if someone didn’t announce a western release for season 2 soon. Check out the trailer:

Teasing Master Takagi-san, or Karakai Jozu no Takagi-san, has a simple but very entertaining premise. The show revolves around two grade-schoolers, a cheeky boy named Nishikata and the girl he’s desperate to get one over, Takagi. That’s it! With some variation, each episode usually plays out with Nishikata scheming,toiling, agonizing over how to light-heartedly own Takagi. She usually catches on before he gets the chance and turn it on his head. Both the manga and the first season are delightful. With still plenty of the manga to adapt, there’s no reason season 2 shouldn’t be either.

There’s been a new breed of comedy manga and anime that’s really grown to find some success this past decade. I don’t know of any trendy buzzword to define it, if you do let us know, but I’d simply define it as; Each episode starts with the same premise but who knows where the jokes will go? Teasing Master Takagi-san falls into this style, joined by other series’ like the currently airing Jump comedy hit Kaguya Sama Love Is War, Chio’s School Road, and My Neighbor Seki-Kun. I don’t know why this style of gag anime has finally caught on more thoroughly but it’s netted some good results.

Season 2 of Teasing Master Takagi-san comes out in July.