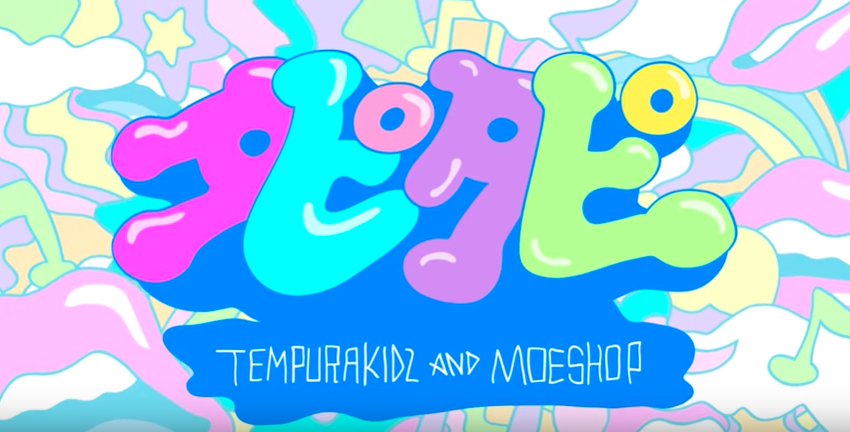 The music/dance outfit TEMPURA KIDZ have had a lot of lives over the past decade. The project started life as a collection of kids — literal kids — performing clever choreography over music created by electronic artist RAM RIDER. As time went on though, they expanded their horizons, working with groups such as Charisma.com on fun-loving throwbacks or, in a real surreal moment, worked with PC Music artists on the squeaky banger “I Like It.”

The group — older, featuring one less member, established but still young enough for experimentation — recently started working with Tokyo-based French artist Moe Shop, who gives the quartet a real spring in their step. First number “UKIYO” found the KIDZ ping-ponging over an electro-pop number that gradually ramped up to pure jubilation. The team-up continues with a similarly bubbly number “Tapi Tapi”, released a little earlier this week. Listen below.

“Tapi Tapi” finds Moe Shop giving TEMPURA KIDZ a slightly more twinkling backdrop to sing over. It opens with an assortment of chimes and bell notes before the four members enter singing the titular phrase. Then the beat drops in and this one transforms into a dance-floor shuffler. It’s an up-tempo number courtesy of Moe Shop, who has shown that they excel at this kind of stuff on their own releases and the work they do for others.

The real revelation comes in seeing TEMPURA KIDZ keep pace vocally. They’ve always been good at adjusting to whatever the demands of the song are, but here they seem a little swifter than they have ever been, especially on the verses. The four KIDZ tag in and out over the beat, weaving their way through it as they deliver self-confident lyrics about staying upbeat and focusing on making your own goals come true. A lot of changes have come to this group in the past decade, but the ethos present on Moe Shop’s “Tapi Tapi” has helped push them forward through all of it.