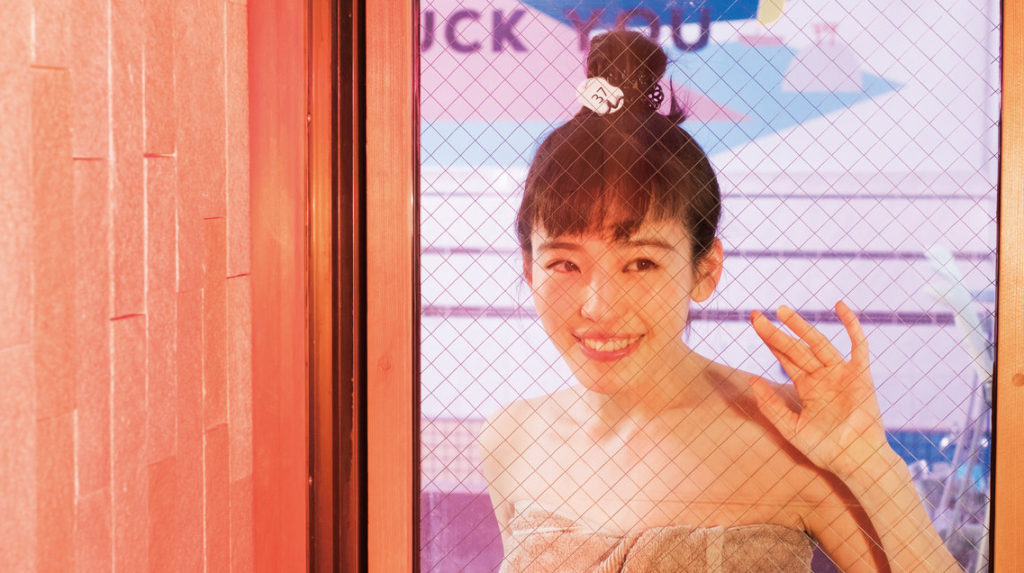 One of the best ways to get clued in on Japanese music and what’s hot right now is to pay attention to the Oricon Charts. Original Confidence Inc. has been keeping tabs of physical sales of music since the mid-60’s, and is the go-to source for musical trends within popular music. But what if you want to be on the cutting edge of artists, hear what the young talent of Japan is developing, or what the sound of the future may be? Well then you’d want to get keyed in to Comiket and M3.

Comic Market (Comiket) is the more well known of the two events, with one in the Summer, and one in the Winter, and M3 events take place in the spring and in the fall. While Comiket is primarily an event for artists to showcase doujin works, typically of anime and manga characters, there is also a healthy music component as well, with artists releasing a wide variety of works that span almost every genre out there. Want some Hatsune Miku math rock? Or the latest hardstyle release by Massive New Krew? These events are where you need to go to hear the emerging sound of Japan.

I’ve got ten albums below that cover a wide range of genres, and aren’t meant to be a best of 2018 list, but more of a list showcasing what’s out there, and what I particularly enjoyed last year.

Album Name: MEiSTER
Artist: Various
Label: Yuzame Label
Where to get it: Bandcamp

Yuzame Label has some real interesting sounds and nothing encapsulates that more than “MEiSTER”. The best way I can describe this album is with the phrase ‘Sauna beats and chill,’ it kicks off with a really poppy sounding tune by Yunomi with Rollergirl, and is totally in line with everything we’ve come to expect from Yunomi and then goes into this real mellow groove with tracks by 羽生まゐご, nyankobrq, and others. The album closes off with a track by Pandaboy featuring Kisa Sakaguchi that is something you could just float away on as you soak in the hot spring.

I’m a junkie for Hardstyle, and no one act better defines the sound coming out of Japan than Massive New Krew. The duo have been around for quite a while, and have recently found their way in to Konami’s beatmania IIDX series. The title track “Hades” was an instant classic when it was released in the game, and the omission of a long version on the official soundtrack meant there was a possibility of an album release. Featuring other Konami veterans like DJ Genki (as Gram), USAO, and Lapix, this isn’t just a release for one game though, a couple of the tracks are also from Lanota, a mobile music game title.

A wavforme release typically is a genre specific affair, and Cities Neonlights is a collection of tracks that are perfect for a night-time drive through a city. It’s mostly a drum and bass affair, some tracks go liquid, others go minimal, drumstep, there’s even some that border on UK Hardcore. It starts off with a groovy Maozon track that then picks up in intensity with “Through The Darkness” by Seventhrun, then cools right back off with back to back mellow tracks by Zekk and Relect and closes off with a great track by Hylen.

Comple:X is another genre compilation by various artists that focuses on electro-house. Mameyudoufu (whom you’ll find further down this list) is in top form with “Vintage Computers” and does a great job of setting the tone, followed up by Zekk, Tanchiky, Capchii, and label owner Kakeru. The release is by Kakeru’s label, [email protected] Records, a fairly new entity on the M3/Comiket circuit and only the third release so far. Kakeru has selected some great artists to surround themselves with, and with the overall quality of this album will be a label to watch going forward.

Diverse System is one of the oldest doujin labels out there, and are always a fixture at M3 and Comiket. Their releases are always quality, but COLORS – AD:HOUSE VOCAL REMIXES is one in particular that wound up being one of my favorite albums released in 2018. Take some of the old guard in underground and video game music, and then have some of their best songs remixed by up and coming talent. This album is just hit after hit. Nhato, BlackY, lapix, EmoCo, and a surprise appearance by Hiroshi Watanabe as Nite System. Lapix’s remix of “BANG!” by Shoirchiro Hirata featuring Sana is probably my favorite track on an album that is just stacked with talent.

Album Name: Showcase
Artist: Mameyudoufu
Label: Megarex
Where to get it: Diverse Direct

If there’s one artist who blew up for me in 2018, it was Mameyudoufu, and his first album released on Megarex shows how talented this young producer is. Drum and bass, complextro, garage, future bass, they touch on so many different genres and each track is just a treat to listen to. The close out track “あわ” also features excellent use of the Hatsune Miku Vocaloid. I wasn’t the only person anticipating this album either. During the show weekend I kept an eye on Megarex’s twitter, and this album was first one to sell out during the weekend. Plus look at how cute that album art is.

Album Name: Waves
Artist: Various
Label: wavforme
Where to get it: Diverse Direct

Wavforme has another release on this list and unlike their other releases, this one is out to showcase a wide variety of artists doing all kinds of different genres. So it’s the perfect compilation for when you’re not sure of what sound might be for you, but still want to get a great sample of different genres and artists. It’s a two disc compilation with some of the slickest packaging for an underground label, and then once you drop the disc in, get ready to groove to tracks by Nhato, Taishi, Hommarju, Musicarus, Ryunosuke Kudo, REMO-CON, Ujico, and Blacklolita just to name a few.

Album Name: Heart of Android
Artist: Camellia
Label: かめるかめりあ
Where to get it: Diverse Direct

A Camellia album is best described as ‘deceptive.’ Heart of Android starts off with this gentle piano intro in “Alone intelligence,” and then the first drop hits and it’s like a punch to the eardrums. I think Camellia describes it best with this description, ‘It’s nostalgic somewhere, but still futuristic. It’s organic and also synthetic. Sounds to make sentimental emotion, and another sounds make uplifting emotion, do live together. With the theme of “the heart of android”, releasing the album that has a lot of songs with both “excitement”, and “sadness”.’ We’ve actually covered Camellia around here before, with his crazy hardstyle bootleg of the Super Smash Brothers Ultimate Theme.

Heart of Android is the perfect encapsulation of Camellia’s work, it goes hard at the whims of an eccentric and talented producer, and then chills out in unexpected ways. It’s a crazy ride that spans a number of electronic genres that you’ve just got to listen to to believe.

Trance is alive and well in Imaginary. Not to say that it was anywhere close to death, not in the slightest. This is just a really strong album that takes a bunch of talented artists like Noriken, Aran, Alinut, and a surprise appearance by PINK PONG to put together a collection of tracks that is 64 minutes of mellow trance and serves as a great starting point for anyone looking to get in on the ground floor of underground artists. This album also doubles as an artbook to accompany all the visual works that Stratosphere has done for Binzokomegane Girls Union.

Album Name: Innocent
Artist: Such (Various Artists)
Label: Megarex
Where to get it: Diverse Direct

Such is an up and coming vocalist who’s appeared in a few different releases by Megarex and Massive Cirzlez. This album full of tracks featuring her on vocals contains work by PSYQUI, lapix, sky_delta, and zekk to name a few. But what’s really surprising is her covering “LOVE&ROLL” by ryo! It’s a really energetic album thanks to PSYQUI’s signature high speed sound, coupled with Such’s vocals it’s just a really fun album from a pair of upcoming talents.

So that covers my main list of releases for 2018, but I wanted to throw out a couple of quick shoutouts for some albums that I would hate to see lost to time and feel like they deserve a little bit of recognition.

(HONORABLE MENTION – One Time Release)
Album Name: 燻製コンピ弐
Artist: Various
Label: Kunsei Records
Where to get it: Event Only

Fazerock’s still doing solo work and this compilation is a really eclectic drum and bass album released during the Spring M3 event, and is one of those CDR releases that was really easy to miss. If you didn’t grab this album during its release then you better start looking around Yahoo Auctions Japan to try and track it down or hope it shows up on Discogs. This album also features Kan Takahiko, Silvanian Families, Oblangar, and shockingly, Mitsunori Ikeda, just to name a few and then to round it out, a megamix of all the tracks by Melo who you can catch at Mogra. Good luck on hunting this one down, I have no intention of parting with my copy.

Seventhrun sold out of this one quickly during the last Comiket, and that bummed me out. It was the only release I wasn’t able to get my hands on. Imagine my surprise to find it on Bandcamp a few weeks later. This is just a real good drumstep EP that packs in some great work by Seventhrun, along with Blacklolita, Maozon, and Feryquitous.

Diverse does these ‘Challenge’ releases where they come up with specific themes for the artists to follow, and Sampling Challenge just happens to be one of my favorite releases of 2017. The minimalist techno sound of this album reminds me of music produced by music game legend, SLAKE. The track that starts it all off, “Don’t Save” by Frums is an instant favorite of mine. A few other standout tracks include “recoder”, “Automatic Emotions”, “Reducer”, “Icy Eve.”, and “Core in the Night”, just to name a few. It’s still available through Diverse, so check out the crossfade and maybe think about grabbing it.