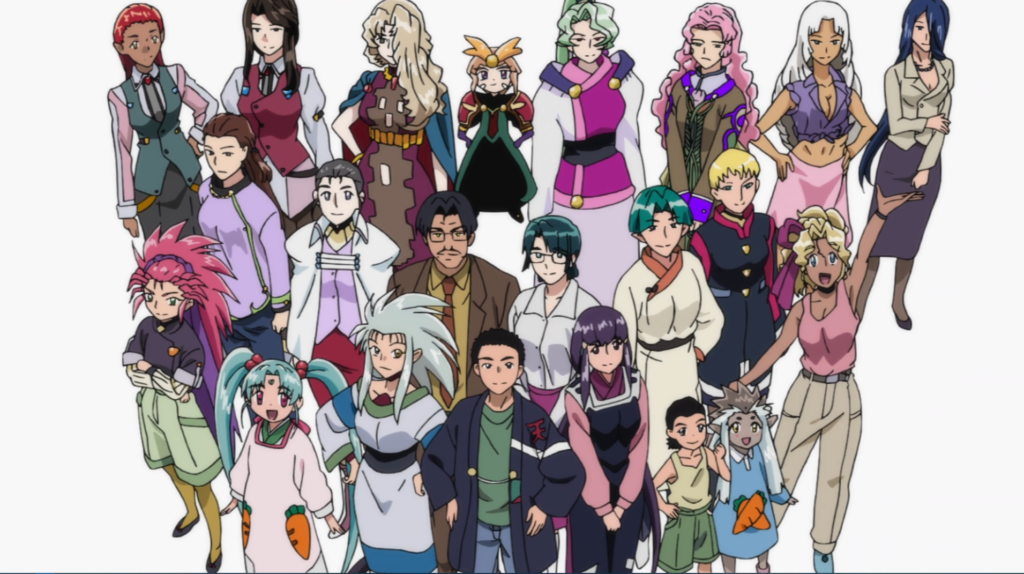 Having seen more Tenchi Muyo! anime than most people on this planet, I could not begin to tell you how the proto-harem anime somehow became a 30-year strong franchise with deep extended lore. I also couldn’t tell you why Tenchi Muyo OVA 5 Episode 3 requires you to have extensive knowledge of that deep lore to figure out what’s going on from scene to scene. The once Toonami classic has silently endured with spin-offs and sequels every few years that further deviate from whatever magic made the original Tenchi Muyo! and Tenchi Universe! charming in the first place. Yet as it was such a  formative series for so many people, someone has to keep up with the OVA offerings that keep materializing out of nowhere. Thankfully, we finally get a little something for our troubles this episode. 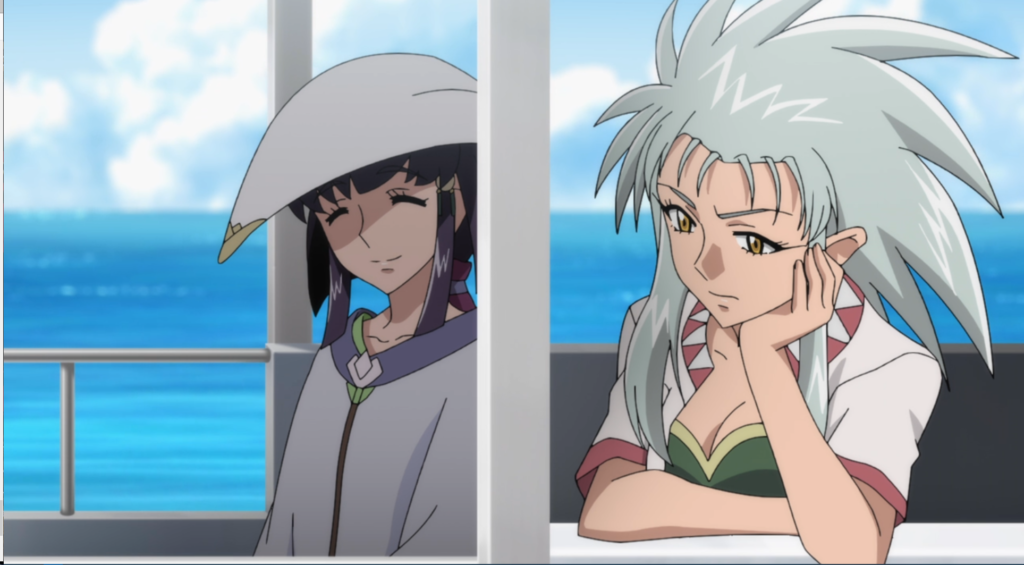 This episode actually starts off in the middle of some unknown space battle, which is a huge departure from the first two conversation oriented episodes of Ryo-Ohki! Tenchi Muyo! OVA 5 doesn’t give an explanation for the battle, show the start or the end of the battle, but hey at least there’s something different. Sure, I wished we had a more exciting score as Seiko Nagaoka’s soundtrack work for the various Tenchi shows of the 90s was a big part of their charm.  After this small taste, Tenchi Muyo OVA 5 Episode 3 reverts back to the show’s standard of one boring conversation after another, at least until the group decides to head to someplace called ‘Tabletop Island.’ No, unfortunately, Ryoko, Ayeka, and the rest of the girls don’t start a Dungeons and Dragons Podcast. 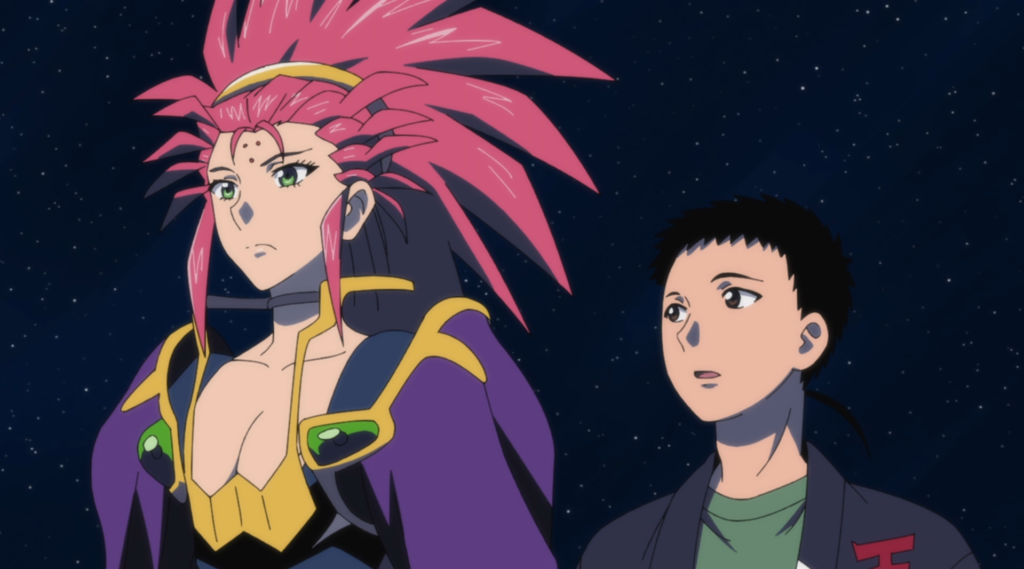 Tenchi Muyo OVA 5 Episode 3 seems to have the most fun with itself when its spending time with young Kenshi Masaki, Tenchi’s half-brother with a hell of a future ahead of him. He was actually introduced 11 years in the spin-off series Tenchi Muyo! War On Geminar which takes place well after this OVA. He spends much of the episode running around in the forest and getting into hijinks city with a number of alien women whose names I certainly have not been told despite having watched every episode so far! He does have a sweet relationship with series mascot Ryo-Ohi who despite being a cabbit is something of a big sister to him. 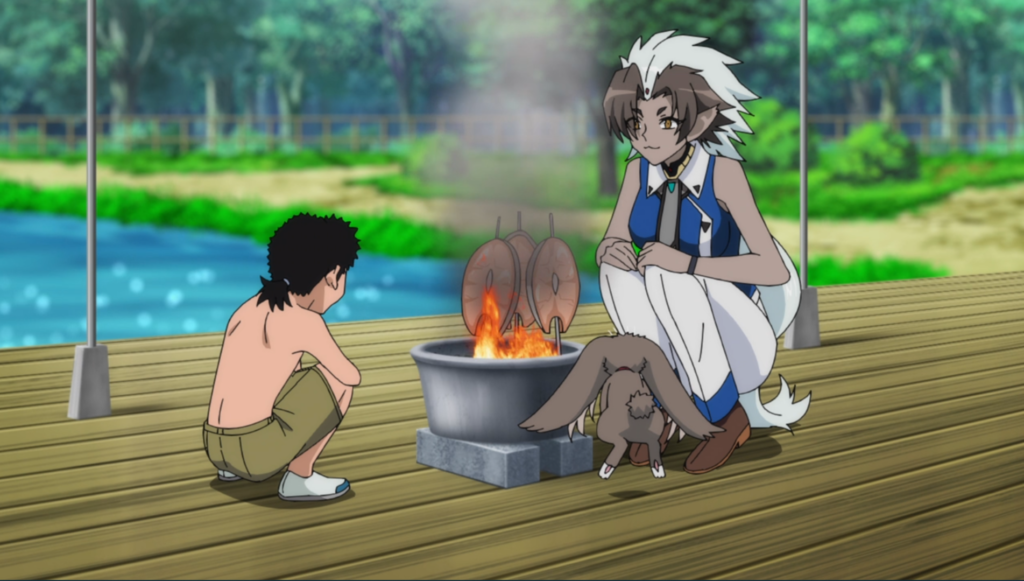 Surprisingly enough, Tenchi Muyo OVA 5 Episode 3 ends on a relatively high note, delivering something I didn’t think we’d get to see in the series; A nice one on one moment with Tenchi and Ryoko. Up until now, this OVA series and the last one for that matter have largely been comprised of conversations between large swathes of characters you don’t know and don’t care about. Before this episode’s final scene, OVA 5 has seen a cumulative 2 or 3 minutes for the likes of Ryoko, Ayeka, and the other cast members fans grew up with. It’s not earth-shattering television, but getting to see the two characters who started off the whole franchise 30 years ago with a memorable bang share a small but heartwarming scene together once again is at least some payoff. 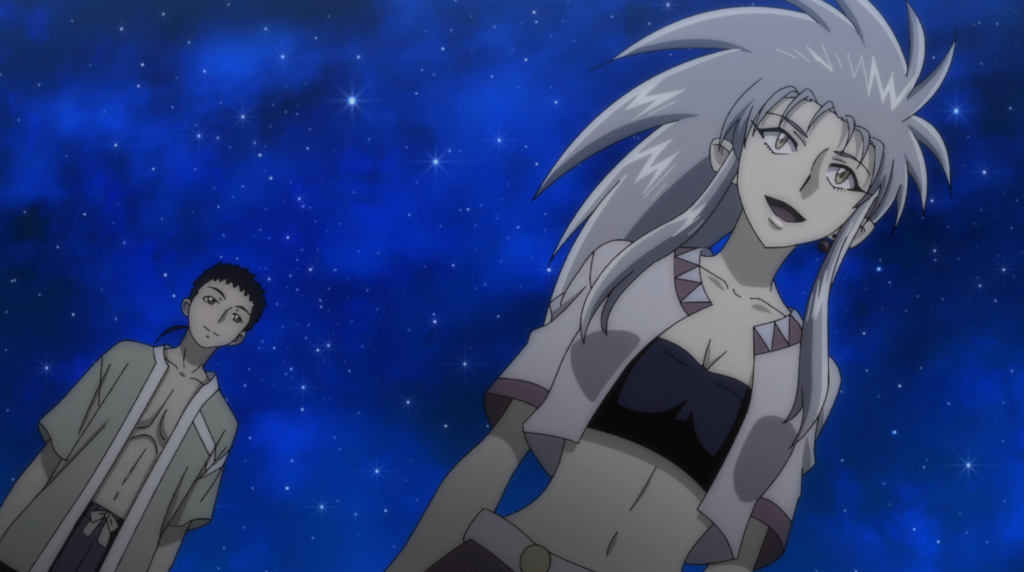 You can watch Tenchi Muyo! OVA 5 Episode 3 on Crunchyroll now.