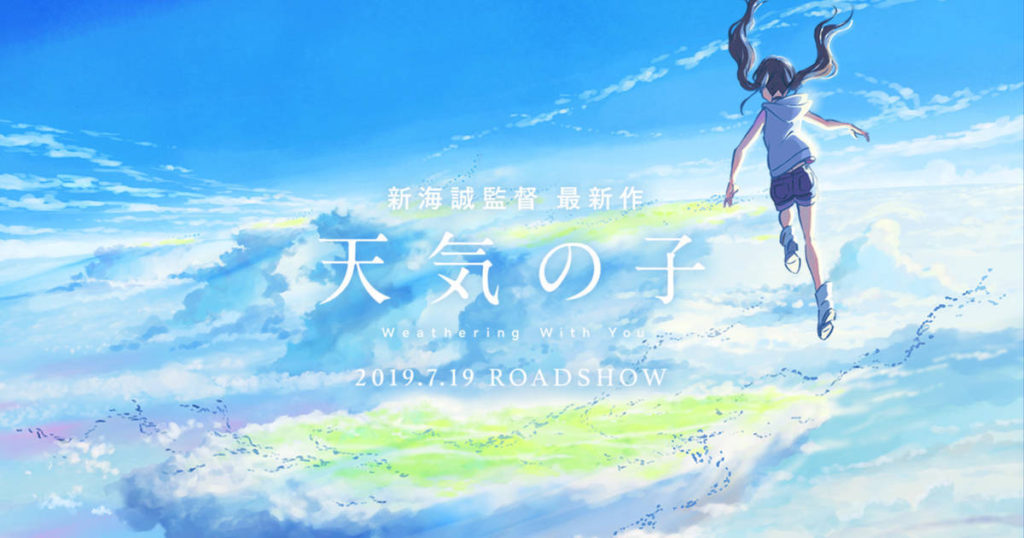 While now-legendary anime director Makoto Shinkai is anything but a new face in the industry, it wouldn’t be until 2016 that he was truly able to captivate the world with his game-changing film, “Your Name.”. Now over two years later, he’s finally setting the stage for his grand return with today’s announcement of his all-new original film “Tenki no Ko: Weathering With You”. Set to hit theaters across Japan on July 19, 2019, the upcoming film sees Makoto’s return to form alongside studio CoMix Wave Films. While it comes as little surprise, the film has already been confirmed for international theatrical screenings, with confirmation locked in for Asia, North America, South America, and Europe. Following the massive global success of “Your Name.”, I can only imagine how quick publishers must have had to snap this one up. With that being said, screening dates have yet to be announced for any of these countries, though it would be great to see a simultaneous release if possible.

Though we’re yet to see the film in motion, we’re sure we’ll start seeing all sorts of teasers and trailers in the coming few months to really drum up hype. When that day does come, we’ll be sure to deliver the news as it breaks. Until then, however, CoMix Wave Films have launched an official website for the upcoming film that can be found here.

What do you think, are you excited for an all-new Makoto Shinkai adventure, and what are you hoping to see throughout the film?