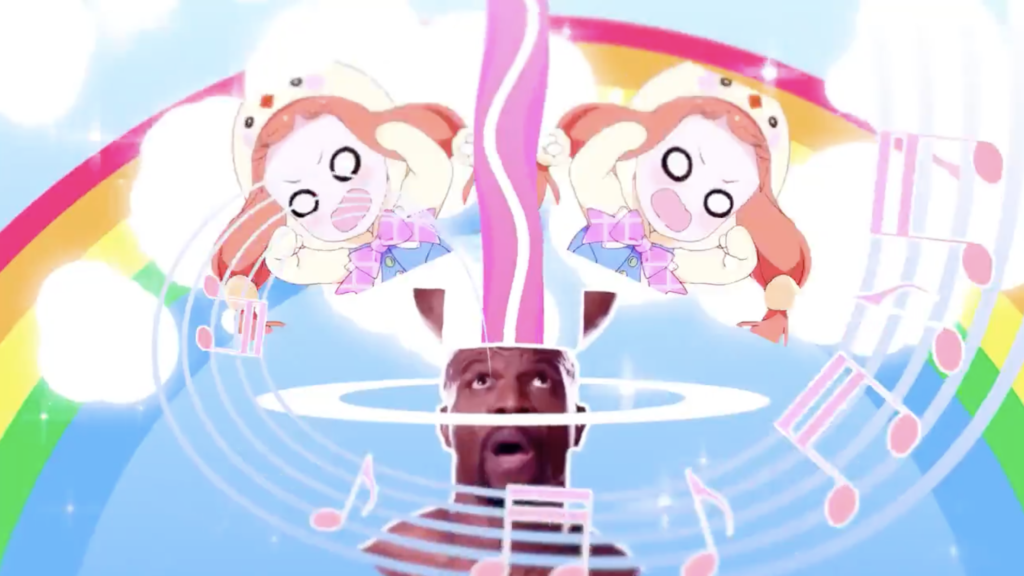 So we need to talk about the Terry Crews anime video.

Before we do, some context. If you’ve been around the internet over the past few years, you’ve likely seen the Terry Crews adverts for Old Spice. Both Old Spice and Terry Crews have leaned into the meme-like energy this promotion has provided, and that stepped up a gear when an unofficial Twitter account known as @SpiceCollab started creating several edits of this commercial every Wednesday, shared by Terry Crews himself on Twitter.

Which brings us to Wednesday, where another Terry Crews edit with an anime twist was released on social media. It brought everything to the table: you had a video created in the style of a MAD anime edit (think Ronald McDonald or Desu Desu Desu featuring Karen from Kiniro Mosaic), mixing the Terry Crews Old Spice adverts with [email protected] characters and a rather stellar remix of ‘Renai Circulation’. And it went viral.

How do we reach a point where celebrities are sharing anime edits set to the opening theme from Bakemonogatari? Anime has become mainstream, as Demon Slayer: Kimetsu no Yaiba The Movie Mugen Train’s success at the American box office has shown, but there’s more to it than that.

The language of the internet is increasingly becoming the voice of popular culture, and that voice is being molded by those who spend the most time online and those watching anime. Anime fans are more likely to share these shows with anyone who cares to listen, posting screenshots or clips of cool moments of animation. It leans into a long-standing history of MADs and out-there videos that grab a person’s attention, are easily digestible and, more importantly, can be shared or adapted on platforms from YouTube to Twitter to TikTok.

When something is shared enough times on the internet, it becomes an unspoken shorthand for sharing and communication online, and the Terry Crews anime video weaponizes that to great effect.

As I’ve spoken about in the past, TikTok is increasingly becoming a portal for anime fans to share their love of anime with others and create anime content, with some of these memes beyond that subsection of the app and into the mainstream. Two recent major TikTok trends that have spread beyond anime circles and into the pop-cultural lexicon include people recreating the dance from Momoiro Clover Z’s ‘Nippon Egao Hyakkei’ and an English cover of ‘Renai Circulation’ by Lizz Robinett.

Both feature catchy songs and become viral thanks to simple dances that are easily replicated by anyone with a phone.

It’s the easy virality of anime, and in recent years in particular the power of TikTok, that has introduced the anime aesthetic to even people who aren’t fans of the medium. It’s visually exciting and has molded anime into an easily recognizable audiovisual style anyone can understand and that many people love. Of course Terry Crews would share an anime edit of his meme-worthy commercial.

Why wouldn’t he? It’s the internet!