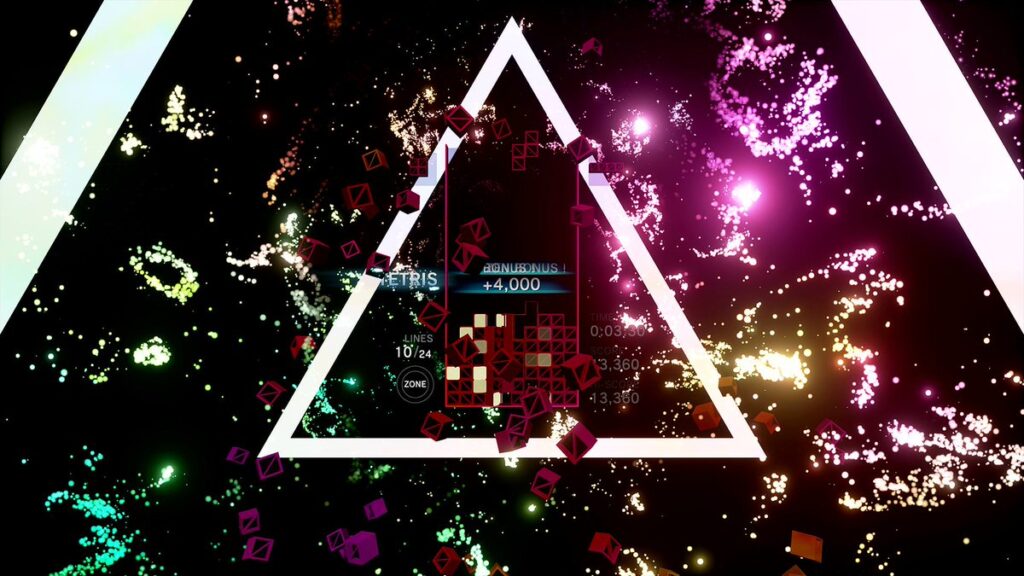 A new Tetris game is coming to PS4 and PSVR this fall and fans of Lumines and Rez will be thrilled.

From Tetsuya Mizuguchi and Enhance Games, Tetris Effect will be playable at E3 2018 next week with a playable demo confirmed for later in the year to the public.

As part of its countdown to E3 2018, Sony is revealing a game a day ahead of the show over on Twitch. Whether in full HD on a standard display and PS4TM, or in razor-sharp 4K resolution with a PS4TMPro, or in fully-immersive 3D via the optional PS VR support, TETRIS EFFECT’s gorgeous imagery, evocative sounds, and super-addictive gameplay add up to an unforgettable experience…and that’s literally unforgettable, as the game’s name implies.

● Includes the all-new “Zone” mechanic, where players can stop time (and Tetriminos falling) by entering “the
Zone” and either get out of a sticky situation that could otherwise lead to “Game Over,” or rack up extra
line clears for bonus rewards.
● Over 30 different stages, each with its own music, sound effects, graphical style and background that all
evolve and change as you play through them.
● Fully playable on either a standard display (up to 4K and 60fps on a PS4TMPro), or optionally in
mind-blowing 3D on PS VR.
● Fan-favorite modes like Marathon, Sprint, and Ultra, with more all-new modes and other features to be
revealed before launch.
● A player grading and leveling system as well as variable difficulty to encourage and reward replayability.