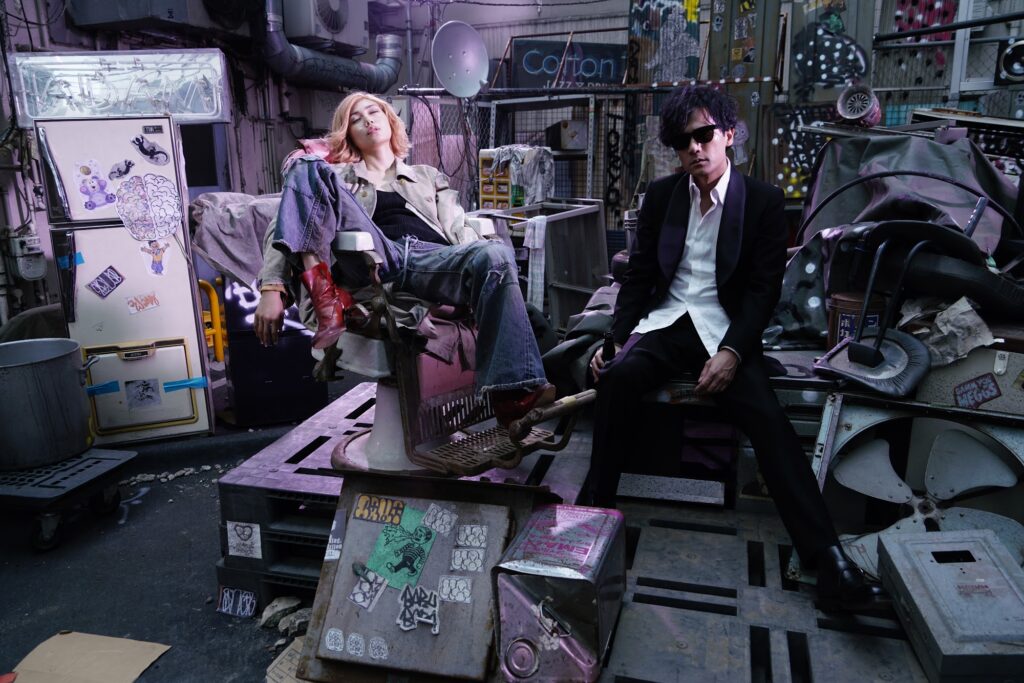 Tezuka’s Barbara is a difficult manga to adapt. It came at an interesting point in Osamu Tezuka’s career, what with the late 1960s and 1970s being a time where the legendary creator took a distinct shift from his world-defining family creations like Astro Boy to more mature content with greater sexual exploration and a focus on the human condition. The Animerama films at Mushi Productions that Osamu Tezuka helped to produce before their bankruptcy sat alongside his adult-oriented manga of the time, and these resulted in some of his best, if most morally ambiguous, works of fiction.

You can understand why no director has even attempted to adapt this story. The film is steeped in Japanese literary metaphor as the protagonist’s characterization is inspired by the semi-autobiographical stories of unsympathetic artists from literary greats like Osamu Dazai (a creative figure being examined in another Fantasia Film Festival movie, Mika Ninagawa’s No Longer Human). It’s also deeply rooted in internal monologue, autobiography, and the time it was created that it can be difficult to imagine the story being removed from that context.

And yet, here we are.

Makoto Tezuka is the one taking up the reigns on this adaptation of Tezuka’s Barbara, with the influence of the director’s father and legacy impossible to ignore even if you can somehow look past his name in the title of the film. Although the manga is considered a reimagining of The Tales of Hoffman, it’s hard not to feel that part of the manga’s cynical view of society was driven by Tezuka’s sense of creative worth. His reputation was damaged by the fall of Mushi Productions and his lack of a mainstream hit since Astro Boy, as well as Japan’s political status. At the time the manga was first serialized in 1972, the left-wing student protest movements of the 1960s that Tezuka was sympathetic to had fractured and became lost to in-fighting, leaving the Japanese left powerless and apathetic.

Considering this, is it really possible to remove the film from the medium and circumstances that birthed it, and still release an interesting film at the end of it? Sort of. By that I mean, although this tells the same story as the original manga, Tezuka’s Barbara is less of an adaptation and more of a modern-day reimagining in Makoto Tezuka’s image.

Tezuka’s Barbara follows author Yosuke Mikura (Goro Inagaki), who takes in a disheveled, homeless girl with a tendency to drink named Barbara (Fumi Nikaido) after stumbling upon her in the underground tunnel near Shinjuku Station. Both Mikura and Barbara are outcasts in this world, with Mikura an outsider to the world of literature and Barbara a mysterious figure with seemingly no ties to the world around her. Together they make an unlikely pair that go from acquaintances to lovers on the outskirts of Japanese society. 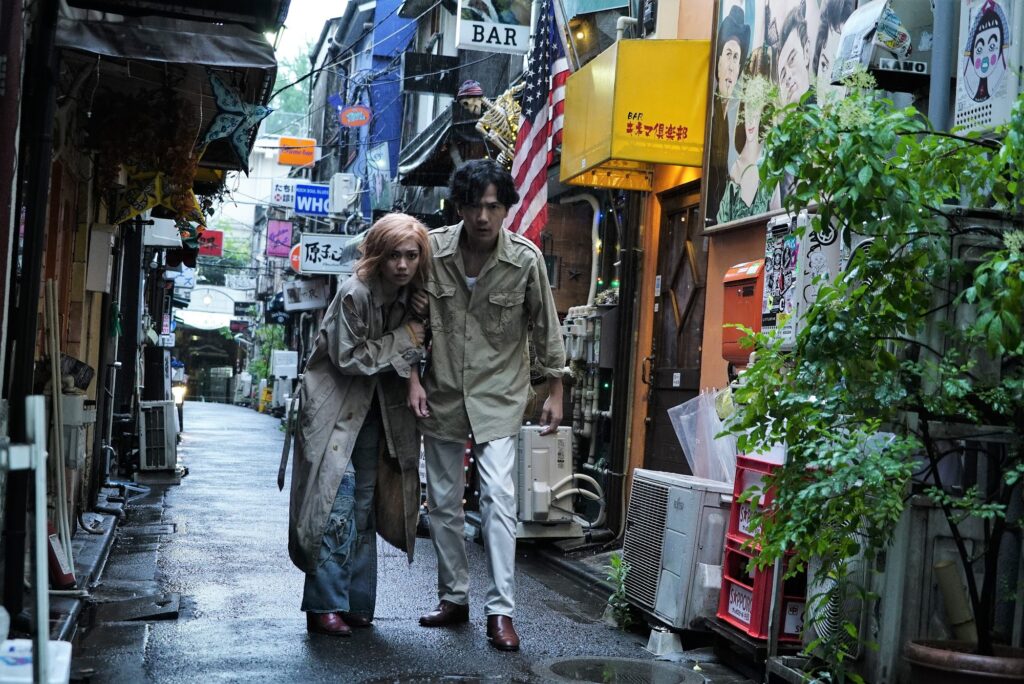 What stands out instantly to any viewer is the explicit nature of Barbara and Mikura’s actions, brought to the forefront of our minds by Tezuka’s stylish representation of the extremes of their depravity. Mikura’s losing respect in the literary world. He is compensating by manifesting lustful fans from thin air and having sex with mannequins and dogs as though these ‘fans’ wanted nothing more than his body. Barbara interjects, but she also drinks herself half to death and involves herself in nudist cults.

‘Who is Barbara?’ is the question we’re left asking as we go through these events. From the moment she enters Mikura’s life by chance, she becomes the force dictating his search for validation. Scenes of Mikura’s exploration of sexual taboo are shot lavishly and with style by cinematographer Christopher Doyle, yet are never something we’re expected to revel in, often feeling like a lonely cry for help from a man losing direction, until Barbara snaps him out of it. Once Barbara becomes the object of lust and desire that Mikura has been craving, she too begins to drift further out of his reach.

While Osamu Tezuka feared for his legacy as his failures threatened to overshadow his success at the time of Barbara’s creation, Makoto Tezuka is at a point of rising notoriety where he can define his legacy. His older works like Legend of the Stardust Brothers are finally being celebrated after being overlooked upon release, and the notoriety of these films has made him a Japanese director of note on the festival circuit. 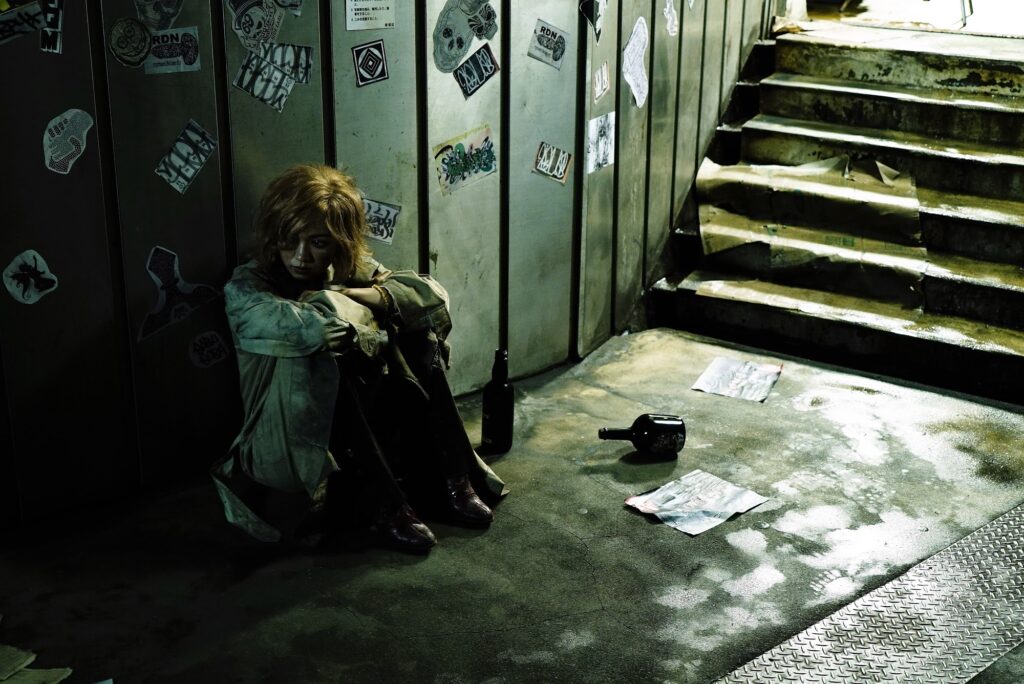 Osamu Tezuka’s Barbara succeeds by examining the power of the author in controlling their destiny, which ultimately he deems to be impossible. Makoto Tezuka succeeds in making Barbara his own by shifting the focus of the film away from the nihilistic conclusion of the original, with a greater focus on the actions of Mikura and Barbara. This way, even when content is consistent between both works, it holds a new meaning by defining legacy as something you can shape and embrace while ultimately being defined by an audience you have no control over. Far from being lost to his unavoidable presence, Makoto Tezuka’s voice beams through Tezuka’s Barbara as he uses his father’s work to attempt to shape a perception of himself away from the expectations his father’s name leaves behind.

To me, this is the movie’s greatest achievement.

Much of this review has praised the thematic strength of how this movie adapts the story by repurposing its thematic core, but by no means is it perfect. It overstays its welcome in the middle third until its disturbing final moments where the themes of the film are directly examined, while the film’s classical literary influence can’t excuse the grossly misogynistic view of women that the film unfortunately heavily relies upon. This latter point in particular threatens to derail the entire film. Even if sexist attitudes also permeate the original work, the greater use of internal monologue in the manga helps to explore and critique the questionable representation of women. On the screen, this is lost.

Still, between the film’s inspired jazz-infused soundtrack and colorful, surrealist cinematography, Tezuka’s Barbara has transformed the manga into a new, flawed yet ultimately unique tale of legacy and society’s changing relationship with the image of a creator. All told through a lens of sexual deviancy and a mysterious woman, drinking in the tunnels of a derelict subway station. 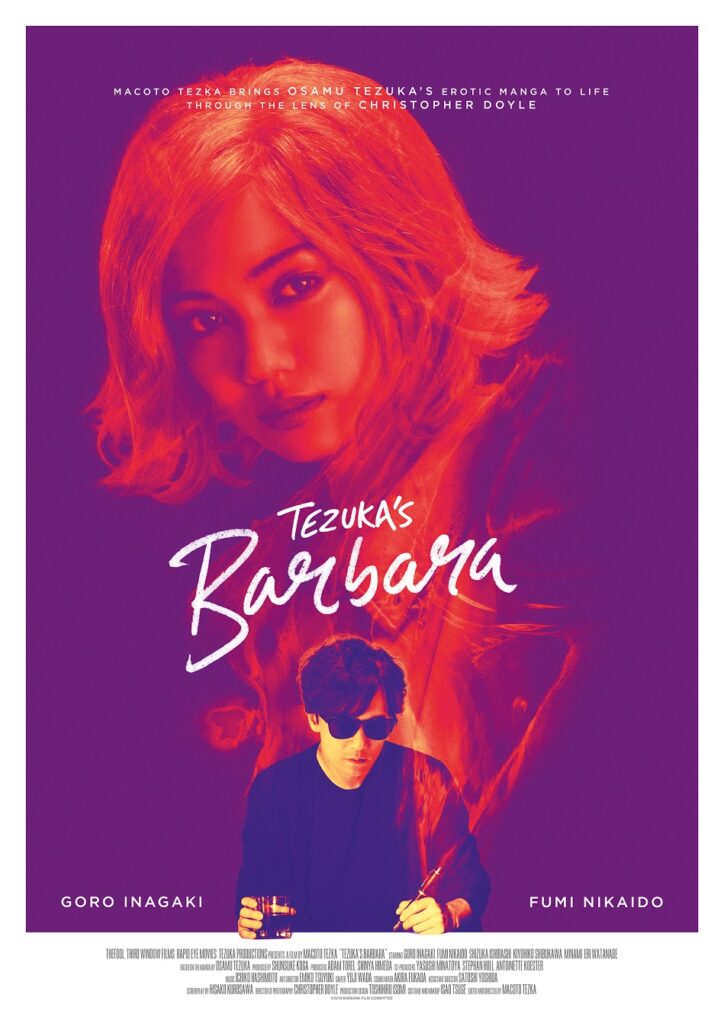 Tezuka’s Barbara was screened digitally on 25 August as part of Fantasia Film Festival. The film will receive a further screening on 28 August at 5 p.m.