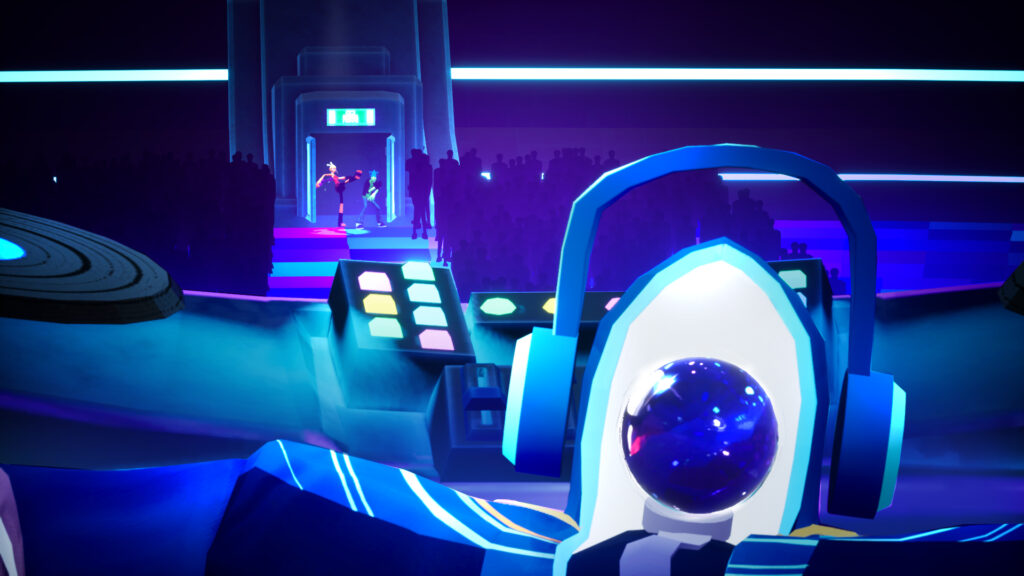 If you haven’t heard of No Straight Roads before, it’s a music-based action-adventure set in the world of Vinyl City, where two heroes Mayday & Zuke must lead a musical revolution to take back the city from a corrupt EDM empire. The game plays like a traditional third-person action game but is inspired heavily by music. You can move and attack freely, and switch between Mayday & Zuke at any time, but keep an ear out for the music as enemies will always attack to the beat! Earlier today in Japan at Tokyo Game Show 2019, the developers at Metronomik revealed the Japanese voice acting cast of the game!

Starting off is Ayane Sakura who will be co-starring as Mayday, one of the game’s main playable characters and guitarist of indie rock band Bunk Bed Junction. Sakura-san has lent her voice to many games and TV shows previously, but you might recognize her from Psycho-Pass and My Hero Academia.

Next up is Jun Fukuyama (Joker from Persona 5) who will be co-starring as Zuke, Bunk Bed Junction’s drummer and the game’s second playable character. As well as playing Joker in Persona 5, Fukuyama-san has featured in many other games and TV shows, including Code Geass and Dissidia: Final Fantasy.

Joey Bizinger, aka YouTube’s The Anime Man, will also be playing the role of the ‘Music Elitist’, a supporting character that players will encounter while exploring the world of Vinyl City.

We’re excited to check out more No Straight Roads as it hits consoles and PC later next year.