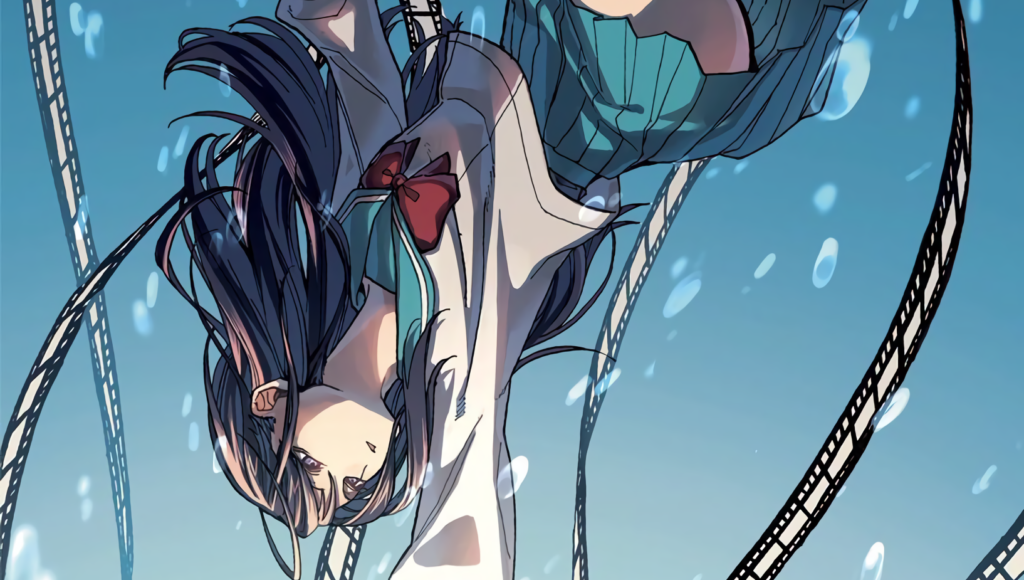 Almost a month has passed since Tatsuki Matsuya and Shiro Usazaki’s Act-Age came to an unceremonious end in Weekly Shonen Jump. For however much heartbreak that might have caused, it was undoubtedly the right thing to do: continuing to support and publish series writer Tatsuki Matsuya after his irresponsible and reprehensible actions would have been a moral quandary that many fans, including myself, were not prepared to cross.

Still, if one thing marked the initial response to Matsuya’s arrest – aside from shock and disgust – it was an outpouring of love and support for series artist Shiro Usazaki. Instead of wallowing in sadness, many fans began celebrating the work of the young artist: this well deserved, as many aspects of Act-Age would not be the same without her.

From Prototype to Series: Act-Age‘s Creation and Development

When tracing the origins and development of Act-Age, you get the impression that it was the addition of Shiro Usazaki that made the series possible in the first place. After all, Tatsuki Matsuya initially submitted the idea for what would become the prototype for Act-Age, Welcome to Asagaya Artistic High School, Film Section, to the 2nd Story King Pro in 2016 – a competition run by Shueisha to find those who could write good stories, but not necessarily draw.

An artist was, therefore, needed to make the series into a reality. The story of how Shiro Usazaki came onto the Act-Age project is, in turn, a strange one: Matsuya suggested Usazaki after he won Story King as they had been following each other on Twitter for a while.

According to an interview with Shueisha’s Weekly Playboy, Matsuya originally made his Twitter account solely for manga-related work, not mentioning it to any of his friends or anyone around him. As a result, he basically had zero followers, but somehow Usazaki found him – they both supported each other from the sidelines for a while, before he mentioned her to his editor after winning Story King.

It is already well known that Usazaki was a big fan of Samon-kun wa Summoner – a gag series that ran in Weekly Shonen Jump from 2015 to 2017 – but what is even funnier is the fact that Matsuya’s editor, Shuu Murakoshi, accidentally sent Usazaki his first message through the series’ official Twitter account. In the Playboy interview, he jokes that he was “asserting his dominance” – no doubt Usazaki was taken aback.

Still, her talent was evident, and she had always thought about one day making a manga. The problem was, however, that she had no experience ever putting together a manuscript; she was thus forced to undertake a series of training measures. This included traveling to Tokyo from her home town in Nara and looking at several examples, including some from Kohei Horikoshi’s My Hero Academia. The first test would then come in 2017, when Matsuya’s Asagaya story was turned into a one-shot.

Even then, the road to creating Act-Age was not straightforward. Many of Matsuya’s manuscripts were rejected, and it was only by broadening the setting out from a school and progressing the story in time forward a couple of years that the series was accepted. Once this happened, Usazaki presumably had to move from her home prefecture of Nara to Tokyo – at the young age of 18, this was a huge change that meant that she was putting a lot on the line for Matsuya.

The Power of Good Art

Usazaki’s instrumental role in the development of Act-Age into a proper series cannot be understated. Without the young artist, it would have never made it into Weekly Shonen Jump in the first place – Matsuya admits in an interview with anan News that he was “doing it while constantly saying ‘Shiro Usazaki, please help meee~’.”

Yet, it would be uncouth to rewrite history for the sake of convenience. So, it must be said that Tatsuki Matsuya was a fantastic writer whose talents would quickly be revealed once Act-Age landed in Weekly Shonen Jump. After all, he did manage to win the 2nd Story King all on his own – but, then again, many of the series’ best moments would be nowhere near as iconic without Shiro Usazaki’s art.

In my initial review towards the beginning of Act-Age’s run, I remarked that while the story might suffer as a result of a lack of an “inherent central structure,” Usazaki’s art was “unique and expressive” and gave the series a “certain charm.” While there are many points in that article that I don’t quite agree with today – the Bakuman comparison, for one, is odd – it does show that while it would take Tatsuki Matsuya’s storytelling a while to blossom, Shiro Usazaki’s art was on point from day one.

Even when Matsuya’s storytelling matured and reached its full potential, it was Usazaki’s art that would elevate it to the next level. For example, the Night on the Galactic Railroad arc was probably the first time that both story and art were on par from the very beginning – the previous Death Island arc struggled a little bit at the onset, especially as it was introducing all of the new characters.

Matsuya’s storytelling in this arc was simply wonderful, exploring themes of life and death while also creating an engaging stage play that was at once breathtaking to experience and look at. Trying to balance the idea of performing a stage play as an actor while simultaneously watching it as an audience member is not something that many authors dare pull off, but Matsuya managed to nail it.

Threaded throughout this performance, however, was stellar work from Shiro Usazaki. Her use of bold, double page spreads and dramatic staging was key to elevating Matsuya’s script beyond a simple good story and into an excellent manga. That process was repeated in my personal favorite, ‘Double Cast’ arc, where Usazaki’s use of dramatic elements such as fire and subtle changes to Chiyoko and Yonagi’s character designs did wonders (eg. the makeup).

All that is to say that Shiro Usazaki is an incredibly talented artist with a very bright future ahead of her. At just 22 years old (the same age as me!), she has managed to create one of the best new Weekly Shonen Jump manga in recent memory, elevating the story of her collaborator to new heights. I mean, Act-Age wouldn’t even be a manga without Usazaki.

Furthermore, the development of Act-Age from a prototype one-shot to a proper series makes clear that so much responsibility lies on Tatsuki Matsuya’s shoulders. He was the one who brought her into this world, he was the one who gave her her debut – by stupidly indulging in his desires, he has brought a series not only loved by fans to an end, but also one that is incredibly important to Shiro Usazaki.

Looking at it this way, it is perhaps no surprise that Shueisha has acted so swiftly and forcefully following Act-Age’s cancelation. Compared to the cases of Nobuhiro Watsuki and Mitsutoshi Shimabukuro before, such a cutthroat policy is unusual – not only is Rurouni Kenshin still running in Jump Square, Shimabukuro was allowed to return some years later with Toriko. Of course, company policy could have changed for the better – one would like to think that the backlash surrounding Watsuki would have given Shueisha food for thought – but there is no evidence of that.

Rather, what we do have is the statement that Shiro Usazaki penned last week. In it, she talks about the fact that while she understands the feelings of those fans who were disappointed by the series’ sudden ending, she also possesses enormous respect for those victims of Matsuya who spoke out. As such, she “wholeheartedly accepts” the actions of the Jump editorial board to put on hold all future projects for the series, including all physical volume releases and even the series’ continued availability on digital storefronts.

From this, it’s not hard to imagine how Shiro Usazaki might have been the magical X factor in setting Act-Age apart from Rurouni Kenshin and others. While Shueisha could hide behind legal pretenses before – Shimabukuro had already served his time, for example – with Usazaki there as a powerful voice for action, things might have turned out very differently.

In any case, Shueisha has promised in its statement that this incident will not affect Usazaki’s career as an artist going forward. I sure hope so. The young artist has so much talent, and she was let down by her closest collaborator. Thank you, Shiro Usazaki – you deserved better.