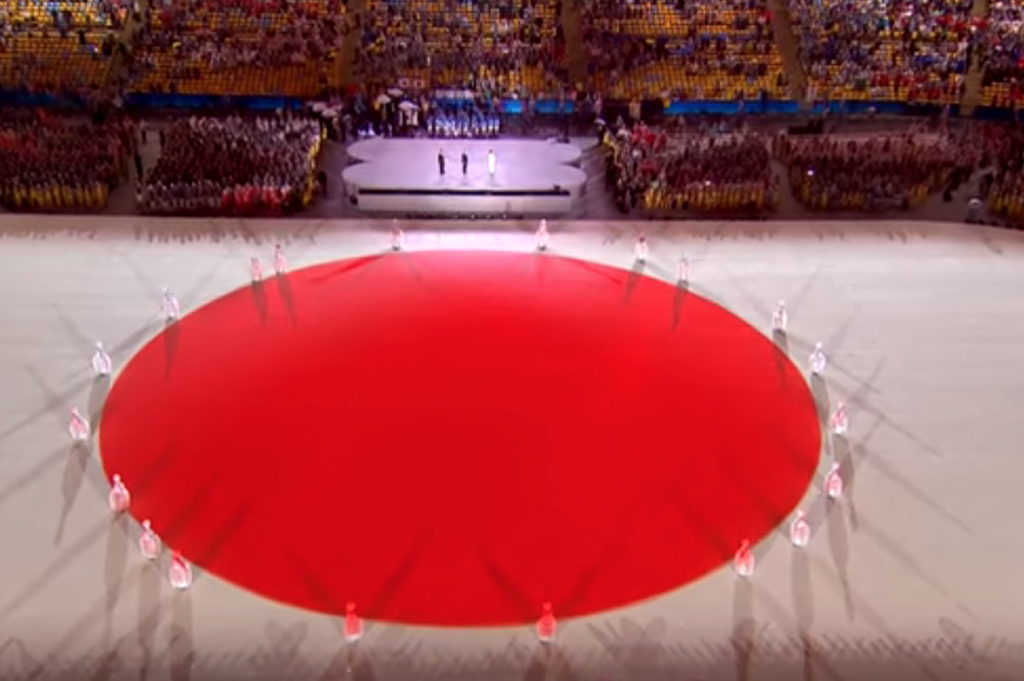 The Tokyo Olympics and Paralympics are supposed to be a celebration of Japan and its culture on a global stage. Instead, recent scandals surrounding the Games have served as a reminder of how badly the Japanese government and advertising agencies have failed at highlighting cultural works for an international audience.

On 17 March, weekly tabloid Shukan Bunshun reported that Tokyo Olympic Creative Director Hiroshi Sasaki proposed having Japanese comedian and influencer Naomi Watanabe take part in the event’s Opening Ceremony, currently slated to start on 23 July. His idea was to have her dressed as a pig, sporting the name ‘Olympig,’ descend from the sky into the stadium. His suggestion was met with immediate disapproval from others on the team, but when Bunshun published this, it became a massive topic online and in mainstream media, especially in the wake of former Olympic Chief Yoshiro Mori’s sexist comments earlier in the year. Sasaki resigned from the position soon after.

The Bunshun article, however, dove much deeper into the disarray surrounding the Opening Ceremony, one of the most highly anticipated parts of the Tokyo Olympics, looking at the case of choreographer MIKIKO, who has worked closely with globally popular J-pop groups such as Perfume and BABYMETAL among others. She helped create Japan’s hand-over segment at the 2016 Rio de Janeiro Olympic Closing Ceremony, complete with choreography and visuals nodding to Perfume’s aesthetic.

MIKIKO had been leading the production team for the Olympics in the years after, with the Bunshun article noting that her ideas for the event wowed the International Olympic Committee. Yet the piece goes on to say that, allegedly, when Sasaki arrived in 2020 as an emergency addition spurred by the COVID-19 pandemic, she was nudged out of this position and her plan was pushed aside.

She was then reportedly excluded from the production team. MIKIKO resigned in late 2020, citing stress.

Proud to celebrate Int'l women's day with all of the amazing women around us. Today we would like to recognize @mikiko_san and @BABYMETAL_JAPAN who we look up to and are so inspired by. 💕 #InternationalWomensDay pic.twitter.com/NMT54cb4tE

What makes MIKIKO’s alleged situation so much more frustrating is seeing someone who has proven she knows how to create art that appeals to a global audience pushed out of a position where… she would be trying to appeal to a global audience. MIKIKO’s pinpoint-precision choreography helped Perfume land performances at the Cannes Lions International Festival of Creativity, South By Southwest, and Coachella, alongside live shows across multiple continents. Same goes for rock-meets-idol phenomenon BABYMETAL. Just to round out her resume, she also thought up the ‘Koi dance,’ the viral footwork going along with Gen Hoshino’s 2016 smash ‘Koi.’

To ice out a person with such an impressive track record, the creative side must have had someone with an even greater set of accomplishments on deck for the troubled event. Nope, they had Sasaki, who works at ad company Dentsu, and makes commercials where SMAP walk around. This perspective could have been a good quality to have (a great advertizer elevates an already compelling story) but this was about affirming who was in control, in this case a man from an old-school corporate powerhouse in Japan.

This isn’t an isolated incident, but rather the latest example of Japan wasting its pop culture potential. Since the start of the 21st century, the country has been pushing its cultural exports even further, most notably by establishing a government initiative to spread soft power. To date, this Cool Japan project (which often gets support from Dentsu, a company best known for being a near monopoly and discouraging innovation) has faltered, burning funds and, worse, largely being unable to cite any success stories.

Japanese entertainment, though, is cool. In 2021, it might be more popular than ever before, with interest in (and revenues from) anime booming, video games continuing to be massive, and even music enjoying renewed attention online, whether through city pop escape or TikTok memory. All of this is largely thanks to individuals or companies working outside of Cool Japan promotional channels… take BABYMETAL, who achieved so much global success in the mid-2010s that Cool Japan asked them for advice.

Japan needs to be doing what they can to boost up creatives who are in tune with the world if they want more attention, people like MIKIKO or Watanabe, a popular influencer who has received glowing profiles from English-language media. The recent Olympic incident, however, underlines how much the country has botched this, alienating individuals who could deliver a memorable show for millions to see in favor of defaulting to the old men’s club prioritizing connections and existing hierarchies, sacrificing creativity for tossed-off puns.

The Olympic Opening Ceremony offers the host a chance to flex its cultural prowess on the global stage. The 2012 London Olympics featured a whirlwind celebration of British cool, while the 2018 Pyeongchang Winter Olympics weaved in K-pop to the broadcast. Tokyo 2020 could be an extravaganza for a country excelling at pop culture beloved all around the world, and mark the start of a new era for the nation’s reputation. To do that, though, they’ll have to reject the old-fashioned failings that have held them back for decades, and let fresh creatives who have proven themselves to take the charge.