What Is Supaidaman? A Guide to the Japanese Spider-Man Tokusatsu Series 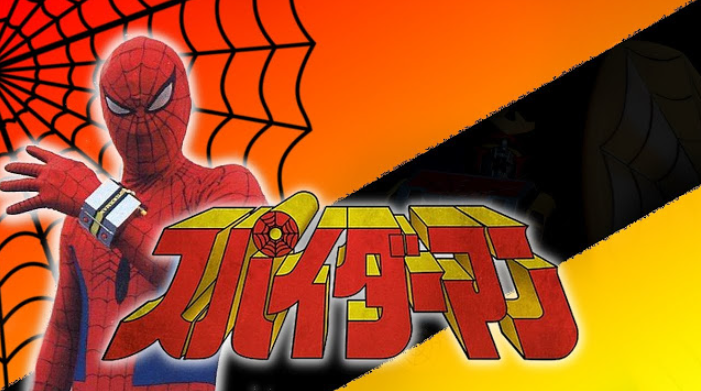 Supaidaman was a Japanese 41-episode live-action tv series produced by Toei Company, and it aired from May 1978 to March 1979. While the costume and general appearance of Spider-man look quite similar to the classic Marvel character, Toei diverted as far as the plot and origin story of his superpowers.

Although the shoe initially received criticism for changing the content, Stan Lee, who was the original founder and realtor of Marvel, was impressed and enjoyed the direction they took with Spider-Man’s new spider-like movements, special effects, and stunt work.

This show is a result of a licensing deal between Marvel and Toei Studios. It allowed the Japanese company to use the likeness of the Spider-Man character and gave free control for how the story would go and the origin story, superpowers and personality. Toei is notorious for its Power Ranger predecessor, Super Sentai, and the version of Spider-Man is portrayed less as a nerd who gets powers and learns about responsibility and more along the lines of a handsome jock who is given alien powers to fight kaiju.

Toei did release a full-length feature film of Supaidaman in July 1978 at the Toei Manga Matsuri film festival and was directed by Koichi Takemoto. 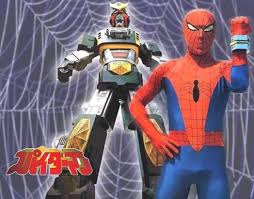 The Reimagination of Supaidman’s Superpowers and Heroic Battles

Spider-Man’s civilian identity is that of a young motorcycle racer named Takuya Yamashiro who is 22 years old. Our new hero is born after witnessing a falling UFO spacecraft called the Marveller. His father, Dr. Hiroshi Yamashiro, is killed upon his first attempt to investigate the spacecraft.

This draws in the attention of Professor Monster and his evil Iron Cross Army, who is an alien group that wants to rule the universe. Takuya meets the last surviving warrior on the Marveller from Planet Spider called Garia. Professor Monster destroyed his planet and Garia explains he was on a mission to hunt him down.

Garia injects Takuya with some of his blood as he dies so he can continue in his place and also receives a bracelet that equips him with his spider suit and allows him to activate his powers and the Marveller ship (which can also transform into a giant battle robot called Leopardon).

Throughout the series, Takuya takes on this role and responsibility as Spider-Man with great acumen as he fights against Professor Monster and his army and any other threats to Earth.

If the plot feels uncomplicated, well, the gear doesn’t follow suit, they are dynamic. He has his usually spider traits such as climbing walls, shooting web string and his Supaidey Sense. He also has a Spider Bracelet that holds his costume, which instantly can be shot onto his body in moments of extreme crisis.

He is able to get around with his GP-7 Spider Machine, which is a flying car, and it is equipped with a machine gun and missile launcher. Maybe the most exciting is the Marveller spaceship, which he has access to summon and transform into a giant robot which is called Leopardon that has its own deadly weapons.

Why does he need a giant robot? Most of his enemies grow to the size of gigantic buildings at the end of each episode.

Although professor monster at times can be a bit predictable, there are several episodes that show an element of inventiveness. For example, in one he places a chip into the brain of a famous supermodel and she is programmed to use her femininity to assassinate world leaders. Another memorable episode, Professor Monster kidnaps one of the most famous rock bands in Japan and replaces them with cyborgs that he has programmed to play a specific song so horribly that it will actually kill Spider-Man. The song is called ‘Spider-Man Boogie’ and has hilarious lyrics.

At times the show is not very subtle with the lessons or morals it is implying. Many episodes showcase him trying to fix families of relationships. We see him give a little boy a blood transfusion or save a young boy and his dog or help an orphaned blind girl. Nevertheless, the show is one of the most entertaining adaptations.

The cult appeal can also be paid into the fact it came out in 1978 in Japan when there was growing curiosity. The show employs so many creative side stories of the Spider-Man world that are vast and inventive. There are also a few tokusatsu tropes that fit into the show’s structure. In actuality, the scenes really do conform to tokusatsu tropes and are accompanied with appropriate music.

There will be morse code like electronics when we see Professor Monster’s hidden layer. Then there is a kind of bouncy xylophone version of the theme song whenever Spider-Man is in battle with the henchmen. In other episodes there is a flute version of the martial theme ‘The Army Goes Rolling Along,’ when he meets up with a youth detective group.

There are more endearing tropes of this crazy show that don’t always make any sense. Such as when Yamashiro acts like a regular guy than his Spider-Man self and strikes over the top, dramatic action poses and announces he is an ’emissary from Hell,’ which will leave many of us wondering what the heck that even means.

I mean also unfortunately, despite the grandeur and zeal, Todo often just looks plain strange and embarrassing in his Spidey suit. Also the character’s whistle is far from what I’d picture from a heroic and stoic character haha. Todo’s wall crawling scenes also give me a crazy feeling of vertigo like watching him be on a bad acid trip or something. He sticks his butt out and it just looks as if he is completely uncomfortable.

The Dynamic Cast of Allies and Enemies

Takuya’s secretive duality between being a civilian and a hero is balanced with immense skills and equipment he utilizes to his advantage. Although there is an immense difference in spider man’s batting technique, it is still entertaining and impressive.

He doesn’t use his web shooter to battle as much as in the original, and he is also equipped with a car called the Spider Machine GP-7, in addition to the Marveller ship.

This is the name of the giant robot that the Marveller ship can transform into. It is over 60 meters (approx. 200 feet) tall and has a weight of over 25,000 tons. In most battle sequences Leopardon is fighting against the giant-sized Machine BEMs from Professor Monster.

The robot doesn’t suffer damages and also fights with a huge sword which usually takes his opponents out with a single blow.

She is Takuya’s girlfriend and is 20 years old. She is the only other character we see ever ride in the Spider Machine GP-7. She is also a freelance photographer.

She is Takuya’s younger sister who is 18 years old and takes care of all the household chores and duties.

He is an investigator with Interpol’s Secret Intelligence Division and works to uncover Takuya’s dual identity and recruits his assistance for their mutual battle against the Iron Cross Army.

He is the leader of the Iron Cross Army and responsible for the destruction of Planet Spider 400 years prior. He now seeks to conquer the earth and he gains his immortality from the blood of his victims.

She is the female commander of the Iron Cross Army and is in charge of espionage and planning attacks. Her cover-up is working as an editor at a women’s magazine; however, once Takuya becomes privy to her true identity she disappears and further continues to prove that Takuya is indeed Spider-Man.

Compiled with respect and appreciation for the original marvel depiction and storyline, Toei’s production of their Japanese rendition is a nuanced and fun reinvented version of a classic. The imaginative space element of aliens and planets is a new twist that broadens the spider universe.

Additionally, their unique theme song for Spider-Man is a hit and a punchy pulp-esque flavor with equal parts humor and adventure.

The live-action execution, although dated from the lens of modern times, is still an eclectic take that perfectly showcases the methods and themes of the late 1970s. This cross-collaboration cultural tv series is an unprecedented success that takes the viewer somewhere new with a familiar classic.

‘Golden Kamuy’ and ‘Spider-Man’ Team Up in Bizarre Collaboration