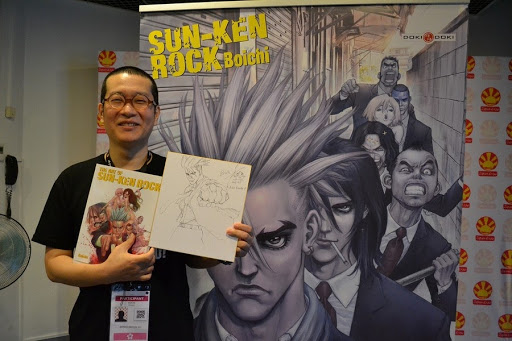 If you follow manga and manhwa, there’s a good chance you’ve heard of Boichi. He’s the writer and illustrator of the popular manga series Sun-Ken Rock and Origin. If you don’t know him from those, then you very likely know him more recently as the artist for the popular Dr. Stone manga series.

Boichi (real name Mu-jik Park) discovered his penchant for drawing at a very young age after doodling in his father’s journals. Instead of simply scolding him, his parents would leave him paper and something to draw with when they went to work, letting him spend the whole day drawing away.

He’d discover manga and realize his dream of becoming a mangaka before he was a teenager. His love for drawing even influenced his schooling choices, as his interest in drawing science fiction-related pieces would lead him to pursue a major in physics. He’d graduate with a major in image technology from graduate school after.

From Manhwa to Manga

Boichi would try to work towards his mangaka dreams in 1993, while still enrolled in school. Although financial support from his parents was limited, he wouldn’t work any side jobs so he could focus on trying to get his works published. Boichi’s first official work would come out in a manhwa magazine that specializes in Korean shoujo.

His entry into the Japanese manga industry wouldn’t occur until 2004 with his Space Chef Caisar (sometimes called Ultimate Space Emperor Caesar) serialized within the monthly Comic Gum. It follows a chef on board with a bunch of busty bounty hunters whose adventures somehow lead up to him making delectable food. The best way to describe it would be Food Wars! but with space aliens, absolutely no focus on a plot, and an absolutely greater focus on fan service.

The Doors Open With Sun-Ken Rock

Boichi’s first hit would be Sun-Ken Rock, which ran for 10 years from 2006 to 2016 in the bi-weekly magazine Young King. The story follows a troubled delinquent from a Yakuza affiliated family. When the woman he cares for leaves Japan to become a police officer in Korea, he initially follows her in an attempt to do the same.

In an ironic twist, he instead joins a gang and becomes their new leader. As the two become closer, so does his small-town gang begin to grow and the complications of keeping both parts of his life separated. 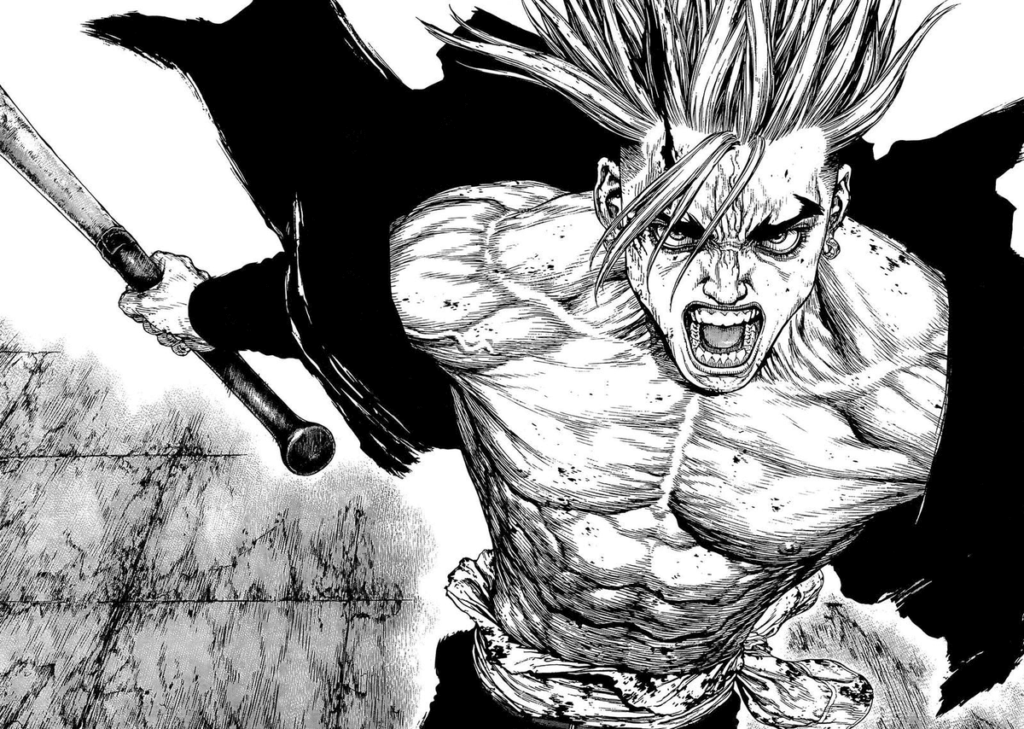 While his overall style could already be seen in previous works, it’s best exemplified in Sun-Ken Rock. If I had to narrow it down into a single phrase, I’d initially go with testosterone-filled.

The leading men are absolutely shredded and at times very veiny, while many of the women are busty and curvy. That doesn’t regulate the female characters to strictly damsel-in-distress roles, though, as they’re typically more than capable of laying a beatdown.

What’s most noticable is the quality. Boichi’s linework and high attention to detail lend to making each page feel incredibly powerful. If I couldn’t call Sun-Ken Rock testosterone-filled, I’d definitely call it powerful. 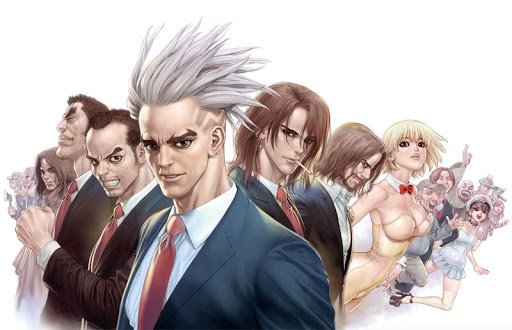 Outside of Sun-Ken Rock, Boichi also worked on spin-offs for much larger series. Some examples include writing and drawing for a story apart of an anthology of tales from the Trigun universe called Trigun: Multiple Bullets, and a character-specific prequel for Terra Formars called Terra Formars Gaidan: Asimov.

Keeping It Going With Origin and Dr. Stone

His next big work, Origin, would begin after Sun-Ken Rock finished in 2016. Set in the future age of 2048, the story sees the city of Tokyo turned into a major hotspot for criminals.

To further complicate matters, people are beginning to be attacked by someone or something unknown. A robot named ‘Origin’ stands in their way and begins to hunt down the attackers. It’s undeniably generic in terms of plot, but the characters, especially Origin himself, follow enjoyable arcs. Origin would run for three years before finishing in 2019. 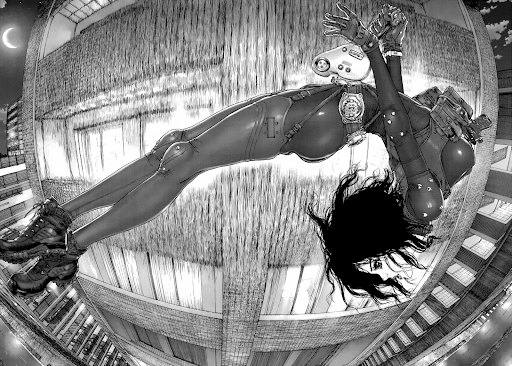 Origin would only further establish Boichi’s style, while the sci-fi action provided wonderful outlets for some truly incredible pages. The series wasn’t perfect and would face common critiques aimed towards the story and the similar body types for female characters. Conversely, the art would remain a highly praised aspect.

Boichi’s popularity would rise higher when he became the illustrator for the Weekly Shonen Jump series Dr. Stone.

Set a few millennia after a strange cataclysmic-like event turned all of humanity into stone, a teenage prodigy is broken free. He discovers what led to his freedom and begins to replicate the process on his friends. With them saved, he reveals his plan to bring civilization back with science as the basis.

Dr. Stone has won various manga awards. With the series’ popularity rising with the recent anime adaptation, it seemed likely we would see even more doors open for Boichi. And that was proven to be the case when it was announced that he would be handling the manga adaptation of a light novel in the One Piece series this year. Although that might not be too surprising, considering that he previously handled a one-shot last year.

His artwork is certainly one that stands out among the rest, and the works he’s written for are worth taking note of as well. Boichi has made quite a splash since he stepped into the world of Japanese manga and he made a name for himself in 2006 when he released Sun-Ken-Rock. Since then he’s been an exciting mangaka to keep an eye on, and that’s sure to continue in the future.

Where to Read Boichi’s Works

Sun-Ken Rock: Each chapter from the Sun-Ken Rock volumes are available to read on Crunchyroll. It’s not free to read, however. You’ll need to be subscribed to Crunchyroll’s Premium service to gain access to it.

If you’re interested in the anime adaptation, you can watch it on Crunchyroll with the Japanese dub, or on Funimation with the English dub.