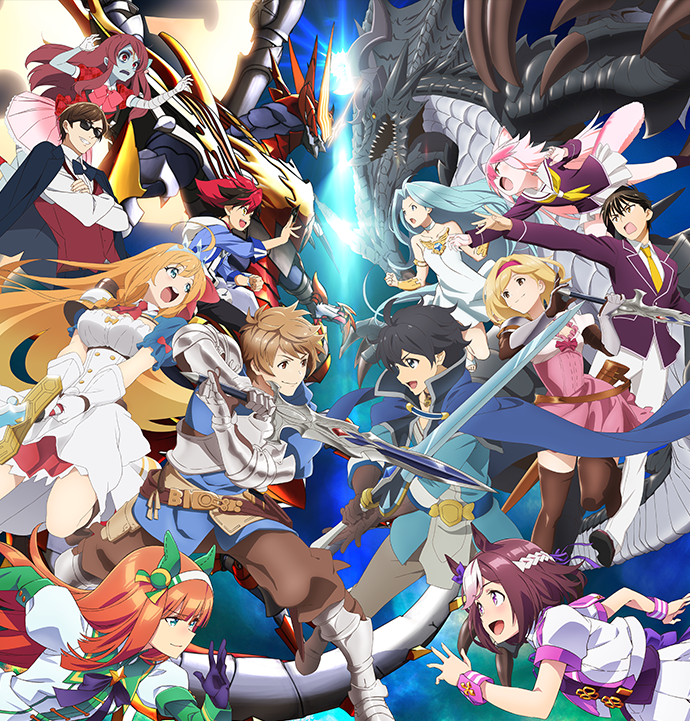 CyGames is a video game developing, manga publishing, and anime funding behemoth in the Japanese entertainment industry. They were founded in 2011 by CyberAgent. Initially, the company’s main focus was solely on the mobile game industry. The company has its home base in Tokyo.

However, they have offices in Osaka and Saga Japan, as well as Seoul in South Korea. For being a company that is less than ten years old, they have certainly carved out their own market in the gaming industry.

Shortly after their inception, mobile game creator DeNA purchased a 24% stake in CyGames as well as the mobile development studio being chosen by Gamasutra as one of the top 10 game developers of the year.

Clearly, with the word “games” in the name of the company, it would lead one to believe that they specialize in making games. In the last eight and a half years of their existence, they have gone on to produce not only mobile games, but they have also started their expanse into the console market.

Let’s take a look at the games that CyGames has produced over the years:

CyGames has clearly displayed that they have a stronghold on the mobile market with collaborative efforts and projects with some of the top game producing companies in the world. Companies such as the likes of Namco Bandai, Nintendo, Konami, and LINE, to name a few.

Now, I’m not a prophet, but take a look at just how much of a stronghold that CyGames has on the mobile industry. It’s fairly evident that they don’t have anything left to do in that industry, aside from stay on the top. So the next step is to take over the console market. What better way to do that than with their absurdly popular IP “Granblue Fantasy?”

Granblue Fantasy is essentially a web game with a mobile wrapper that has a well-made story, enticing gameplay, and a whole bunch of pay-to-win. But even with the abysmally high pay-to-win wall, the game still has over 21 million players. I have friends that have spent thousands of dollars on the game. I don’t get it.

So with this hyper-popular title, it only makes sense that once you start developing your studio’s own games, you do so with that IP. Granblue Fantasy Versus is a fighting game, but it also has some RPG elements to it.

The game was released on PS4 in January of 2020 in Japan. Next up, is the already announced Granblue Fantasy: Relink. A massive open-world RPG set in the world of the Granblue epic. They have also announced another project under the name “Project Awakening,” but there are no details about this project at this time.

CyGames Other Projects in Anime, Esports, and Manga

CyGames, being owned by CyberAgent isn’t just your run of the mill game developer. They also invest in developing anime IP with the establishment of CygamesPictures along with their purchase of the gaming and anime studio Kusanagi.

They have also created a separate company under their corporate umbrella by the name of the CA-Cygames Anime Fund. This company is to invest in various anime IP to inject funds into their anime production teams to obtain rights to stream anime as well as produce games with said IP.

Even more, Cygames has formed a partnership with manga super-behemoth KODANSHA to create Cycomi. Cycomi is a print release manga company with distribution being handled by KODANSHA for the manga, which Cygames had already published on their online portals.

Cygames even has its own esports team called Cygames Beast. Complete with Street Fighter heavy hitters and celebrities in their individual rights, Daigo Umehara, Snake Eyez, and PR Balrog. They are now aiming their crosshairs in the music industry with the formation of Cymusic, which is focusing on music production and artist management.

CyberAgent has done with Cygames something that many companies have been trying to do for a long time. That is to create a company with longevity not only in its primary market but have the flexibility to do so with so many other forms of media.

It’s only a matter of time that Cygames takes over our living rooms, and then what’s next? Will they try to take it to more mass media such as TV or the movies? Only time will tell. But honestly, this is something that I’m moderately looking forward to.

They make excellent content with an extremely high level of quality. So it couldn’t be TOO bad, right?