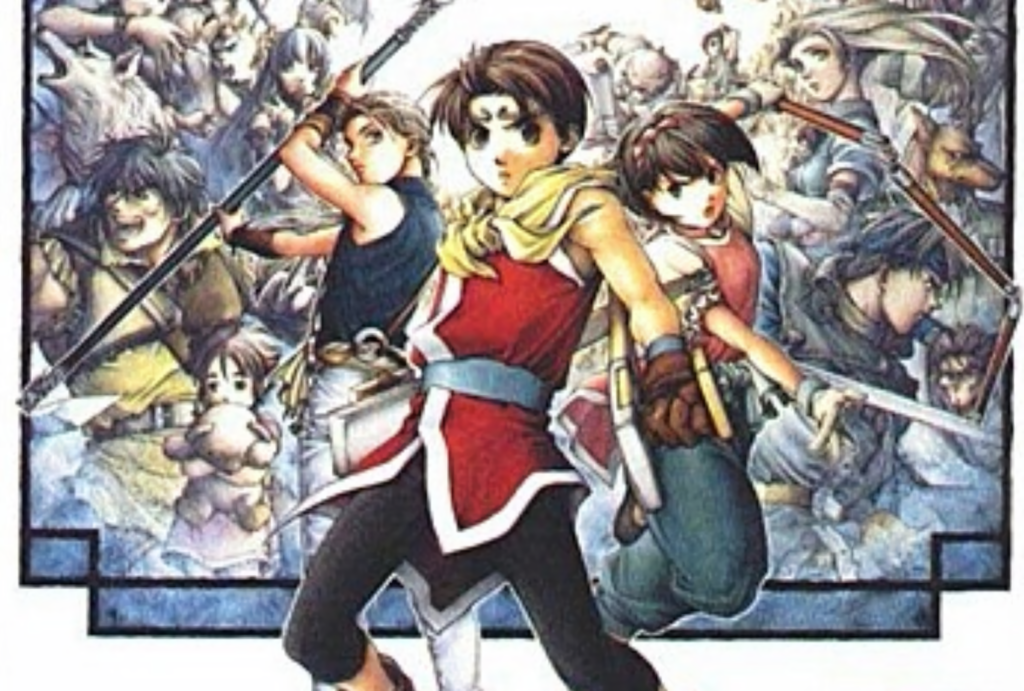 According to a report published earlier this week by The Gamer, the digital stores that allow for digital purchases of PSP, PS Vita, and PS3 games will close down before the end of 2021. With that in mind, we thought we’d put together a list of Japanese games for these platforms that you should check out and pick up before it is too late!

Games on this list are either digital-only releases, hosting integral pieces of DLC that will no longer be available for purchase when the store closes, or are classic titles from older platforms where a physical release is prohibitively expensive.

As the world of Dynasty Warriors crossovers has rapidly expanded with everything from Hyrule Warriors to Persona 5 Strikers getting in on the action, some of the older original and crossover titles in the series are easy to overlook. Even if they were, actually, rather fun.

The Dynasty Warriors Gundam series of games were a surprisingly great fit for the mecha robot franchise. The series already takes place within an intergalactic war which allows for several scenarios from across the franchise’s history to be picked out. The game features various mobile suits from across the timeline that can be dropped into these stories, each having their own strengths and weaknesses that can turn the tide of battle.

Another digital-only Musou-style game you may want to consider is First of the North Star: Ken’s Rage II, although this title did actually receive a physical release on Xbox 360.

Another tie-in game given a digital-only release, this time for PSP and playable on both PSP and Playstation Vita, was Black Rock Shooter: The Game.

This action RPG put players in control of the titular Black Rock Shooter in the year 2051, 19 years after the Earth was put under attack by alien forces. The few remaining humans have awoken Black Rock Shooter to help their fight, but there’s more to BRS than just being a weapon. A reasonably enjoyable gameplay loop puts players into the battle to aim and shoot and move around the battlefield in their fight against the aliens, while turning the tide through equippable abilities with cooldowns that could be found throughout the game.

For those who weren’t online in the early 2010s, this was the time when the phenomenon surrounding the Black Rock Shooter Vocaloid project was at its peak, with this PSP game doing a good job of capturing what made it special. Unfortunately, the game’s English release was a digital-only affair, and as a result, when the PSN store closes, this release will also be lost with no ports to other platforms forthcoming.

Drakengard 3 is included in this list for the unfortunate fact that a decision made by Square Enix to lock the option of Japanese voice acting behind paid DLC means players only have a limited time remaining until one way of playing this game becomes completely inaccessible.

Drakengard 3 is the latest title in the Drakengard series from NieR developer Yoko Taro, hitting Japanese store shelves in December 2013, before a physical US and European digital release in May 2014. However, only the English voice acting was included in this release, and players would need to pay $5 to access Japanese voice acting via DLC from the PSN store. As you may expect, a possible closure of the store would make this no longer accessible. If you want to play the game in this manner, maybe jump on this game sooner rather than later.

Persona 3 Portable is one of the most iconic games to release for the PSP back in the day, but it was also a relatively successful title that also received a physical release. However, it is emblematic of an issue that fans should bear in mind while making their potentially final digital gaming purchases.

Games like Persona 3 Portable are now out of reach physically for all but the most dedicated of fans (or those with cash to burn). To buy a physical release of this game today would put you comfortably into the 3-figure price range, which is a lot to ask for when other versions of the game exist.

Persona 3 Portable is generally considered the definitive release of the game, and those wanting it or other rarer PSP, PS3 and Vita titles may want to keep this in mind when deciding what digital PSN purchases to make before the store closes.

For those looking to explore the vast catalog of older Playstation consoles, the PS1 and PS2 Classics lineup that could be played across all three platforms offered a chance to dive right into older games. Hundreds of PS1 and PS2 classics were released in all territories from the well-known to the obscure, with many of these games available for a fraction of the price they would cost on original hardware. At least, until the PSN store closes.

Klonoa: Door to Phantomille is a big example of this. The beloved 2.5D platformer is an expensive title nowadays, with $200+ being the standard going rate for an English physical copy of a game available for just 5% of that price on PSN. Similar things can be said for Vib Ribbon, the Suikoden series of JRPGs from Konami and Persona 3 FES, another release of Persona 3 that has only grown in value over the years and will likely increase further when this digital release is no longer available.

It would be impossible to list every single rare Playstation classic available for a pittance on the PSN store that would once again no longer be accessible if the store closed (Mega Man Legends! The Fatal Frame series!), and it’s not as though these titles are suddenly making a return on PS4 or PS5, either. Sony is far less willing to release classic titles on these platforms, and comments from studio heads make this unlikely to change. If you care for retro games, this is your chance.

While the loss of any digital store shouldn’t be considered ‘welcome’, at the very least the number of titles being lost from this closure is far lower than it will be when the PS4 online store eventually closes at some undetermined point in the future.

Digital releases of retail titles and digital-only releases were not the norm on PS3 and PSP and only became more normalized during the Vita’s lifespan. Some iconic JRPGs of this era, for example, like Crisis Core: Final Fantasy VII on PSP and NieR on PS3, are simply not available on digital storefronts altogether. Some of the titles that did release at this time, like Malicious from Alvion, were later expanded upon and ported to other platforms, too.

Probably the major casualties on this front are the ‘interactive screensaver’ game that is the endlessly charming LocoRoco Cocoreccho, with another notable loss being the English release of Legasista, which was digital-only. Bomberman Ultra is a cool multiplayer-only Bomberman title, but with only local multiplayer accessible now and Super Bomberman R being available on a wide array of consoles, it’s a more difficult title recommendation.

It results in fewer casualties for games that have been permanently lost, especially for multiplatform games that were also released on Xbox, which have made expansive efforts to support their older platforms up to today. Many Vita titles, including Persona 4 Golden, have also received ports to PC, with titles like Spirit Hunter NG being made available on Nintendo Switch and elsewhere.

DLC is a more pressing issue. While the DLC for many games may not be as severe as an entire voice track as found with Drakengard 3, many JRPG titles only available on PS3, including some of the best on the system, have DLC that will be lost from a store closure. NieR will lose an expanded story segment, although this will presumably be factored into the upcoming NieR Replicant remake. Costumes for titles like Tales of Xillia and Tales of Graces F will be lost, and it should be considered that even PSP games with a digital release won’t be playable on Vita after the store is closed unless these titles have already been downloaded, which includes the aforementioned Persona 3 Portable, Valkyria Chronicles 2, Dissidia Final Fantasy and more.

This article also only centers on games available in English, with some Japanese-only classics and RPGs that weren’t localized potentially being lost. The one that sticks heavily in my mind here would be the Phantasy Star Complete Collection, which not only is a digital release of a PS2 game containing the first four Phantasy Star games, but even features English text.

But ‘better’ doesn’t mean good. The loss of digital storefronts only further highlights the need for digital preservation, whether that be from independent storefronts that keep games accessible for users long after a console’s discontinuation or something else entirely. If the news that the PSN store will close on PS3, Vita, and PSP is confirmed, it won’t be welcome news.

Suikoden: One of the JRPG World’s Most Underrated Franchises