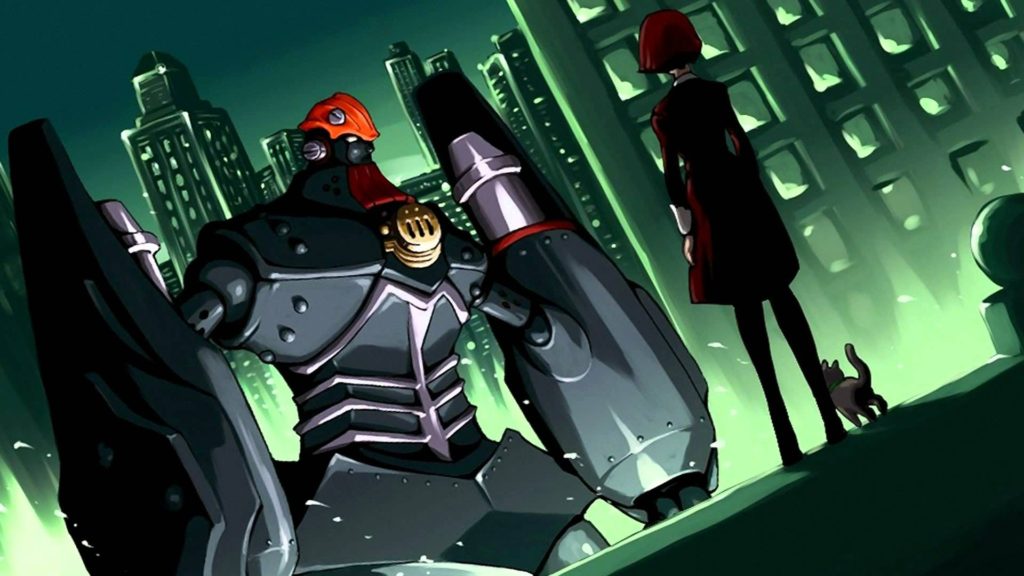 It’s October 1999. The Y2K bug is supposed to end all life as we know it. You truly believe you only have two and a half months left to watch whatever anime you need to, finally beat the still new Final Fantasy 8, and listen to your favorite Ayumi Hamasaki songs.

Many would choose to rewatch their favorite shows, reliving their near and dear cartoon memories one last time before we’re taken back to the Stone Age because the people who made computers didn’t account for what would happen when the clocks hit ‘2000’.

A brave few however who’d decide to instead of turning to the past in their last moments look towards the future would discover one very special show that would draw in more fans stateside than it ever did in Japan: The Big O.

In actuality, though, while the show originally started airing in October 1999, during the last season of anime in the 90s, it’s more likely English-speaking audiences encountered the show during its Toonami run starting in 2001. In fact, it was such a hit with western audiences that in 2003 The Big O II was finally made and aired on Adult Swim.

Funny, the first season was originally supposed to be 26 episodes but due to low ratings, possibly induced by people’s y2k addled brains focusing their priorities elsewhere, it was cut down to 13 during the production process. Really, it took a vocal western fandom to get the rest of the show made.

Even before the streaming era and this current time where the internet and social media’s made the world a much smaller place, western fandom was having an impact on the industry.

If you’ve never seen The Big O though, you’d have no idea why this show that was originally prematurely canceled kicks so much butt. Basically, it’s Batman with giant robots. No, really. Sunrise, most famous for a few little known shows like Mobile Suit Gundam and Cowboy Bebop, actually did some animation production on the legendary Batman The Animated Series in the early 90s.

Series protagonist Roger Smith is a slicker looking Bruce Wayne complete with the money, the mansion, and trusty butler / Alfred stand in Norman. The show’s not trying to be a Batman The Animated Series rip-off though; It takes a lot of influence from Noir cinema, Super Robot anime like Giant Robo and Mazinger, and the general creative well that spawned Bebop. 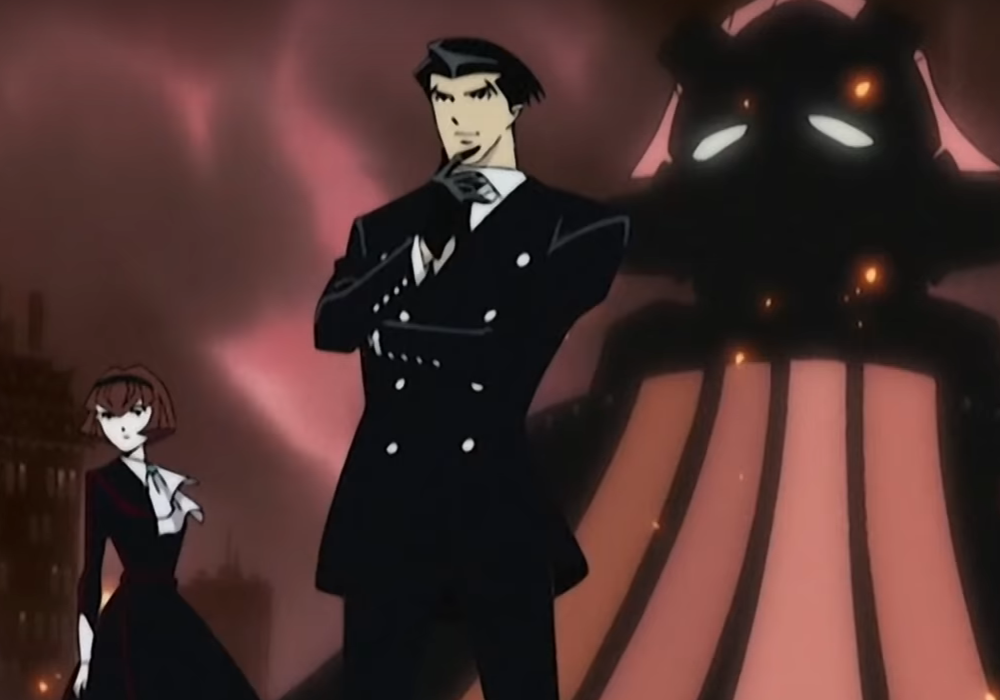 One reason The Big O stands out amongst other mecha anime, especially when coming from the studio that already has one million Gundam titles under their belt, is head-writer Chiaki J. Konaka. While, unfortunately, he’s not so active in the industry anymore, at one point he was one of Japan’s most interesting writers.

A few of his biggest accomplishments, aside from this son of a gun, include the ethereal classic Serial Experiments Lain and the ‘extremely deep for a kids’ show’ Digimon Tamers. Even his work on the original Hellsing, the one that didn’t follow the manga, holds up better than you’d imagine. He imbued the characters, the dialogue, and the world of the show with so much subtle nuance that even though on the surface it’s ‘robot batman’, it’s really so much more than that. Everything here is so much more than that.

First off, you have these giants mechs, called Megadeuses, that genuinely look like they’ve descended from the heavens. Acts of god who’ve manifested in the mysterious Paradigm City, a domed megapolis entirely controlled by the Paradigm corporation, and here’s the thing: Before a certain point in the past, nobody living in the city has memories from before. Nobody really knows who built what, no one knows where the Megadeuses came from, but people have still lived their lives the best that they could.

This tension of ‘nobody remembers anything’ and ‘hey why are there all these big robots destroying the city all the time’ through an authentic noir lens creates a truly unique and palpable atmosphere. A cliched phrase at this point, but the city has just as much personality as any of the characters. 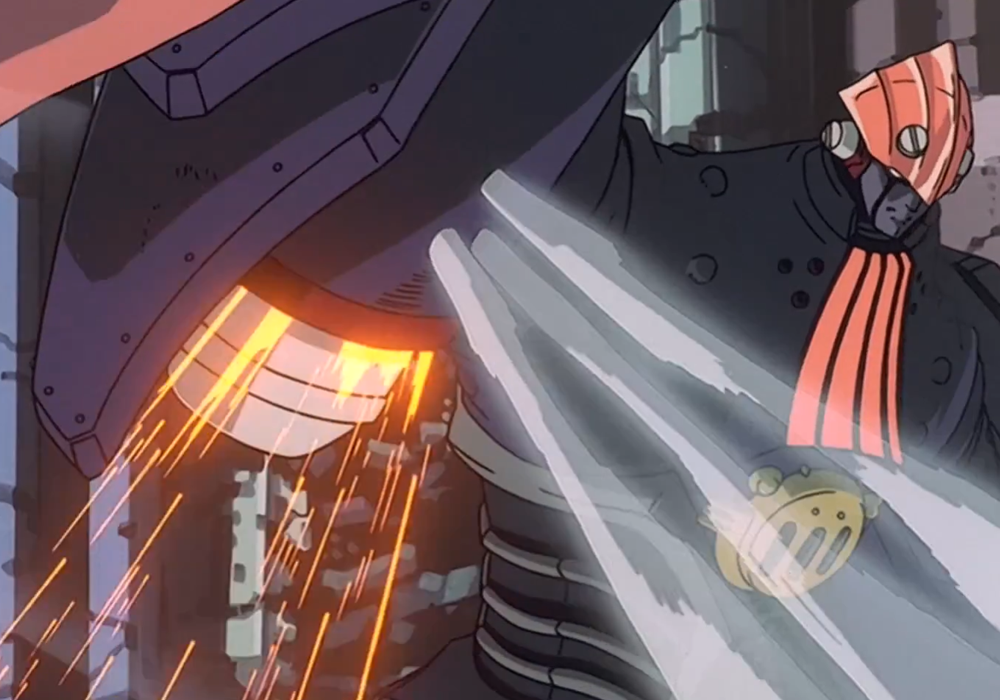 A good deal of the show’s charm and humanity comes from a character who’s not a wholesale anime alternate to a Batman character: Dorothy. She’s an android who, after getting rescued by billionaire playboy Roger Smith, starts living with him and she interfaces with the world at large for the first time.

Throughout the series, she’s trying to learn how to play the grand piano Roger has in his mansion, and he always criticizes her for sounding too robotic. These little scenes aren’t prominent plot-wise, but they go a long way in making the cast seem dynamic, relatable, and ultimately human-like, just as Dorothy is striving to be. If you thought Neon Genesis Evangelion was the only 90s robot anime with a heaping dose of introspection and philosophical rambling, you’d be mistaken.

I’ve been musing on the show’s more intangible qualities. Despite delving into heavy themes on the regular on a simpler level, it’s a hell of a robot anime. The whole thing’s oozing with style and due to the freakish, majestic quality of the Megadeuses, watching them in action is pretty unique. There’s a lot more grappling and bunching in The Big O opposed to the more weapon-based combat that’s more common in mecha shows.

Again though I hope if I’ve gotten one point across in this article it’s that The Big O isn’t your mom’s mecha anime, even though it’s old enough to be for some of you youngin’s. 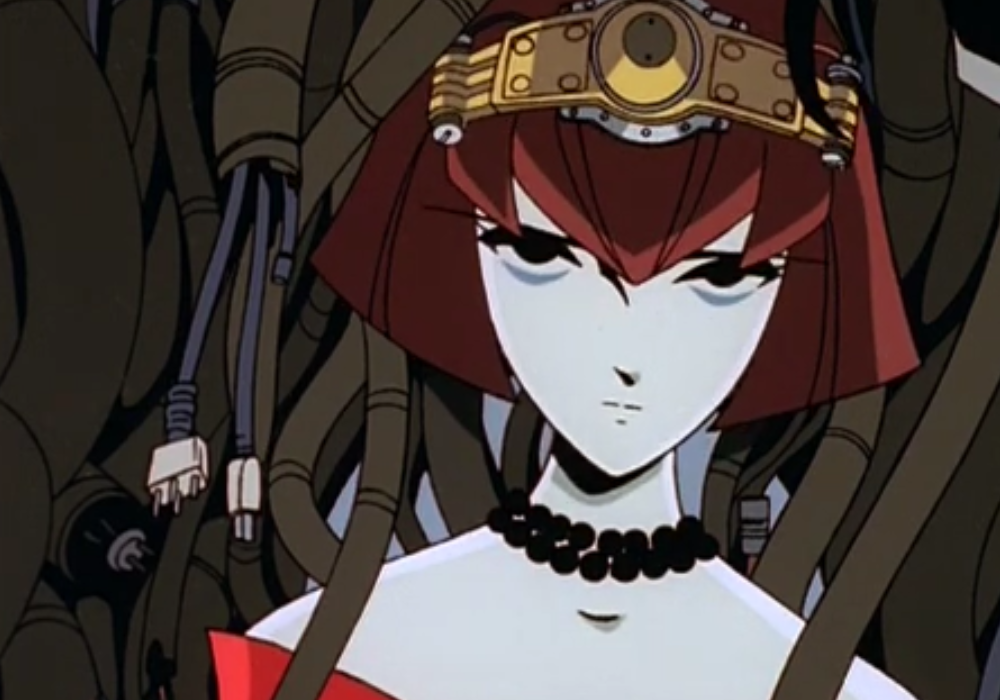 I made a big mistake when I was younger. I actively avoided The Big O during its initial Toonami run. Enjoying the likes of Gundam Wing at the time it doesn’t necessarily make sense, but my 12-year-old brain perceived the show as being too weird and unsettling for me to enjoy it.

It wasn’t until 10 years ago in 2009, my freshman year of college, that I would finally give it a chance. I ended up streamlining the entire show in one day from my dorm room and I learned that I was right; The show is weird and unsettling, but those are two of its strong points.

I also realized, that season one, at least, is a bonafide masterpiece. With its many western influences including obvious ones like Batman The Animated Series and noir film and directorial style born from classic cinema more than anything else to its conceptually meaty and all-around charming characters in this city full of mystery, the overall effect of The Big O can’t be found elsewhere. We all survived y2k, but if this was the last anime to ever air, the medium would have gone out on a high note.

The Big O is currently available via Sentai Filmworks and on streaming service HIDIVE.