The Biological War World in the Guyver Anime Series 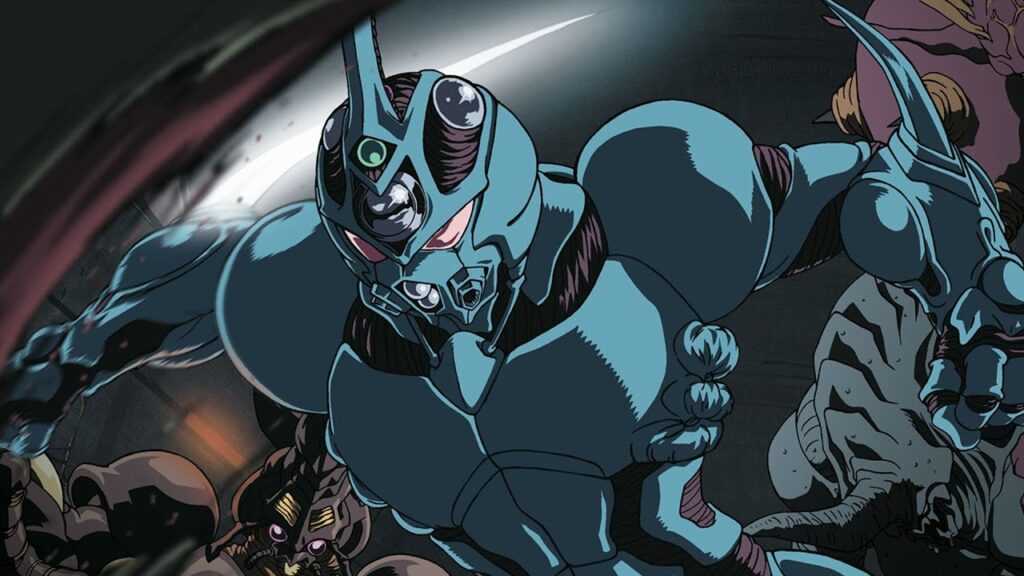 A science fiction adventure animated series like no other, we are brought into a world of chaos where the endless battles keep us guessing and anticipating the limit of humanoid abilities. The world of the Guyver is based on the Japanese manga series, Bio Booster Armor Guyver, written and illustrated by Yoshiki Takaya. It is a symbiotic techno-organic (or biomechanical) device that enhances the capabilities of its host.

The original series was aired in Japan from 1989-1992 as a 12-part anime OVA loosely based on Yoshiki Takaya‘s manga, Bio Booster Armor Guyver. The original anime adaptation was released in 1986 as a short horror film, Guyver: Out of Control which uses intense special effects.

The plot of this first animated movie follows high school students Shō Fukamachi and Mizuki Segawa when they happen to find one of the Bio Booster Armor units that was apparently stolen from the Cronos Corporation.

They are attacked by a deadly Zoanoid and the unitt comes in contact with Shō and integrates to his body, at that moment he is transformed into Guyver I and has no trouble annihilating the Zoanoid. Valcuria, a second Chronos agent, acquires a second unit and becomes Guyver II, kidnapps Mizuki in the hopes to duel Shō for his Guyver I unit

What Is the Guyver and What Is Their Purpose?

The Cronos Corporation is conducting intensive research on creating Zoanoid technology for further advancements. However, one of their test Zoanoids escapes with three Guyver units. After Chronos soldiers chase the test Zoanoid into the woods it releases a bomb and the units disperse, one of which is the one Shō and Mizuki discover.

The Guyver is essentially invulnerable with the only weakness being the Control Metal. With this part complete and whole it can rebuild the host from the data it stores within, but if damaged the host will be destroyed and eaten alive. In discovering this, Shō starts to existentially worry if he will ever be able to detach successfully from the unit. His circumstances grow worse as Cronos continues to bombard him with more and more powerful Zoanoids to retrieve his Guyver unit from him. 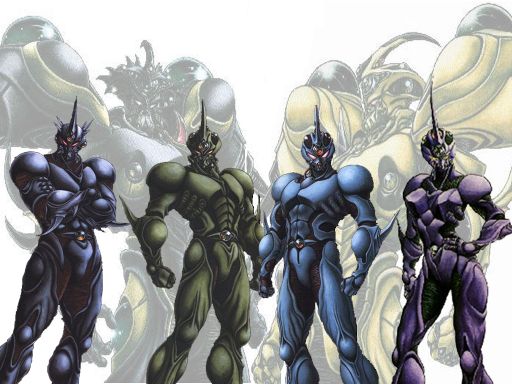 He is the protagonist and is 17 years old, a second-year student at Narisawa high school. He fights the cronos to protect his friends and family.  Mizuki Segawa is his first love and her older brother is his best friend. Since  he is the host for the first Unit activated, he is known as ‘Guyver I’.

He is a third year student and Shō’s best friend. His intelligence is highly useful for rapid situations. He is a science fiction fan and the leader of the sci-fi society in the school, which gives him the background knowledge to make numerous accurate guesses about the Guyver armor, Zoanoids and Cronos.

He is a third year student but looks older and is thought of as an anti-hero. At one point he was a member of the Cronos Elite but is now disowned by them.

Even though he may have activated his Unit before Oswald A. Lisker, the second Guyver, did not openly appear in his Guyver armor until after Lisker was eliminated and thus he was dubbed ‘Guyver III.” He has extensive knowledge about what the Guyver can do and after the Cronos conquest he leads a resistance organization that plans to overtake Cronos and take their power.

He is the Director of Cronos’ Japan Branch when the units go missing. Genzo is then used as a guinea pig for the new ‘Enzyme’ Zoanoid prototype, a Zoanoid specifically designed to destroy the Guyver Armor by dissolving it with its acid. After he retrieves Guyver I’s Control Metal in battle, he is ordered by Guyot to self-destruct when the dissolving Guyver I attacks Enzyme.

He is a cronos agent, ‘an inspector from Cronos HQ’. In examining a recovered unit that was previously damaged, he somehow becomes unified to it as it’s host. He goes after Shō to try to claim his unit with his impressive martial arts skills. But his control metal system had been weakened and when Shō struck it, there was further malfunction and Shō put him out of his misery.

A pulp classic with a riveting storyline of combat, technology, warfare and justice! It is a great watch to go on the adventure of Shō’s tasked mission of protecting his friends and families through the tumultuous battles against the strange politics and power hungry mindset of the Cronos corporation. On the edge of our seats, be prepared to be guessing if her will make it or not as he fights for his own survival of his unity with his Guyver unit!! 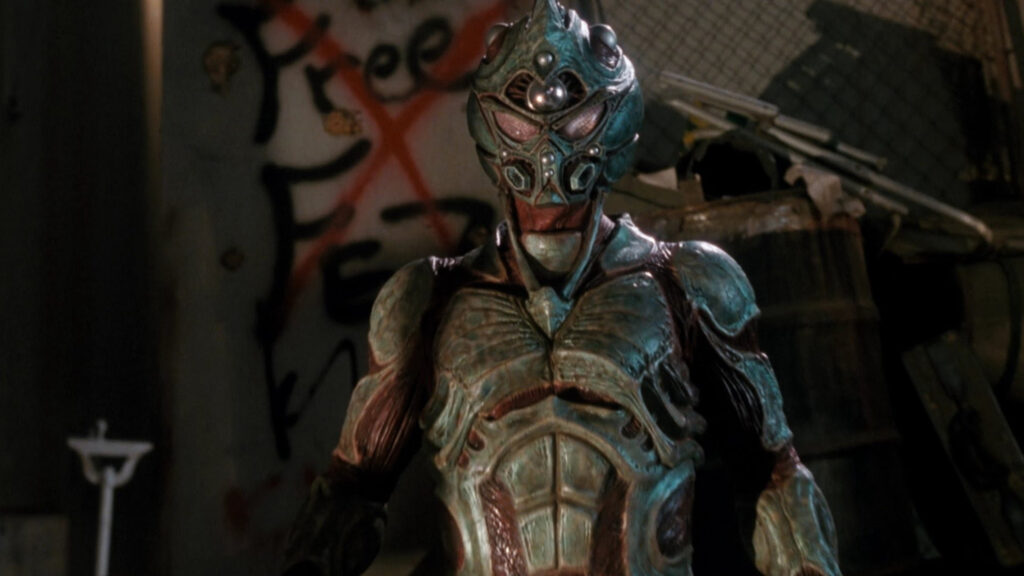