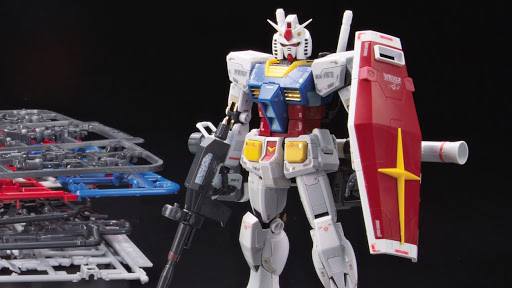 Landing in Japan and China starting in 1980, Gunpla model kits gained notoriety and popularity amongst the mega anime fans and model enthusiasts in Japan and other asian countries as well. The kits are manufactured by Bandai in both China and Japan. The name is a conglomerate of “Gundam plastic models.” The name also is a combination of a unit with a gun powerful enough to hold back enemies much like the way a dam holds back water.

The figures and vehicles in the sets are from the multiverse franchise Gundam by Bandai. It is a science fiction media franchise of giant robots in a militaristic setting that has spanned manga, anime and video games. The plot across all formats usually involves a drastic chain of events within earth, space, the moon and terraformed planets

The first kit was released as the anime show ended and the parts were simple and came in three different color waves. Following the release of the tv series kits, they introduced the MSV (Mobile Suit Variation) line, which included different versions of the mobile suits featured in the series.

One of the most impressive features was the PF-78-1 Perfect Gundam, and this particular model utilized a technique where one sprue or part was created in different colors and this took away the need to paint the model. Throughout the years there were many added colors, features and adaptive functions which only helped them grow in popularity. It’s been noted that they’ve manufactured and sold over 450 million kits of 2,000 different variations!

Since 2011, there have been World Cups with 16 participating countries wherein various hobbyists submit their models to be judged. Many participants cultivate this competitive creativity as a means of re-experiencing the story and encourage imagination. With different featured judges and categories, there is an unlimited attention to the models and experience.

The true hardcore Gunpla fans really showcase their fandom and voyeraistic pursuits in these competitions as they customize their models, combine kits to create a new robot, or even putting together something entirely new. Custom Gunpla making has grown in popularity over the years. Ranging from the common High Grade (HG) to the impeccable but pricey Perfect Grade (PG), the assortment of combining pieces to cultivate new models is a true artform.

GWC judges look at a total of three categories and rate them on a scale of one to 10: Painting (how clean the lines look, if the paint is blotchy), Technique (hiding the plastic seams to make it look like a cohesive unit) and Concept (does it just look like a normal model kit). 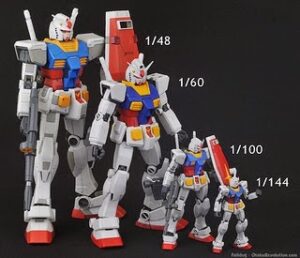 More than a Craft Hobby

The worldwide acclaim and following of not only the Gundam franchise but the intricate process and tradition built a particular popularity amongst anime fans in Japan and internationally.

Even in the present day, the novelty brings not only an inherent nostalgia but an honoring of tradition and cultivation of the appreciation of the process. Sites and community boards like Reddit and Gaijin Gunpla continue to provide resources, reviews, and rotating content of all things Gunpla related.

Gunpla’s articulated manufacturing has proven steady and has stood the test of time since starting in 1980. As they adapt, the pieces no longer require any adhesive or tools, pieces snap together. The use of multicolor molding casts several colors on the same runner of pieces, showing their efficiency and adaptability.

The layout of the pieces has a nuanced geometry that is highly functional and allows for pieces to be easily detached without other tools.  Also, with a wide variety of sizes and scales, there is a lot of room to explore and create worlds and create different combinations of characters.

Additionally, Bandai has also released special limited edition kits, which are sometimes tied to a competition, prizes, or as a limited event (Japanese toy expos, movie launch premiers) item.  These kits usually come in clear plastic, metal-plated (certain kits are in so-called 24-k gold finish), “gloss-finish”, “pearl-finish”, “titanium-finish”, or any combination of these. Their prices are usually much higher than their regular-release counterparts. These limited and rare kits are extremely covetable and engrain the sentiment of the element of play.

What’s most impressive beyond the evolution and mindful construction of such a successful model kit line, is the dedicated fan base and thier obsessiveness. From building models that follow directions accordingly or playing with collecting or being geared towards recreating certain sniper poses, character interactions, and battles, this world of kit building is a universe of limitless possibilities and creative execution. A timeless classic for anime and toy fans alike, the Gunpla models are a pivotal example of exquisite craftsmanship and design.