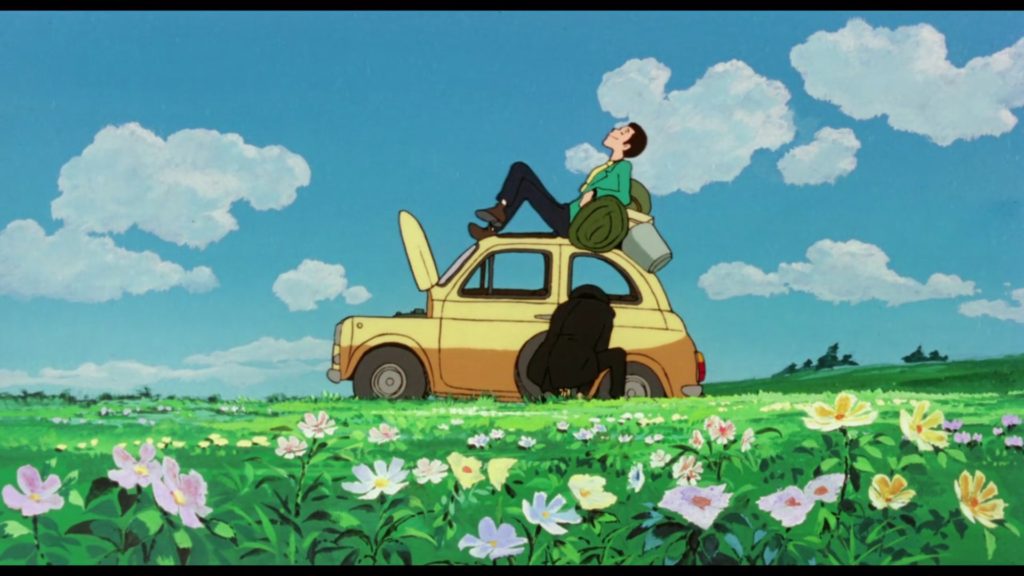 It was only a couple of days ago that I reported the passing of legendary mangaka and artist Monkey Punch, whose real name was Kazuhiko Kato, at the age of 81. It’s no secret that I absolutely adore Lupin III, which Monkey Punch created with his original 1967 manga. So, in an attempt to reconcile my own feelings about his passing, that night I immediately took to watching the 1979 theatrical film Lupin III: The Castle of Cagliostro.

Now, that might sound a bit strange. After all, Monkey Punch was not involved with the film beyond providing the source material on which the story and setting are based. It might even sound a little bit disrespectful to pay lip service to Monkey Punch the mangaka in one breath, only then to go on to talk about an anime based on his work (that he also wasn’t even really involved with) in another.

But The Castle of Cagliostro is a shining example of one of the powerful aspects of Monkey Punch’s legacy: how he and his life’s work inspired creators and launched the careers of some of the most talented individuals working in the anime industry today. 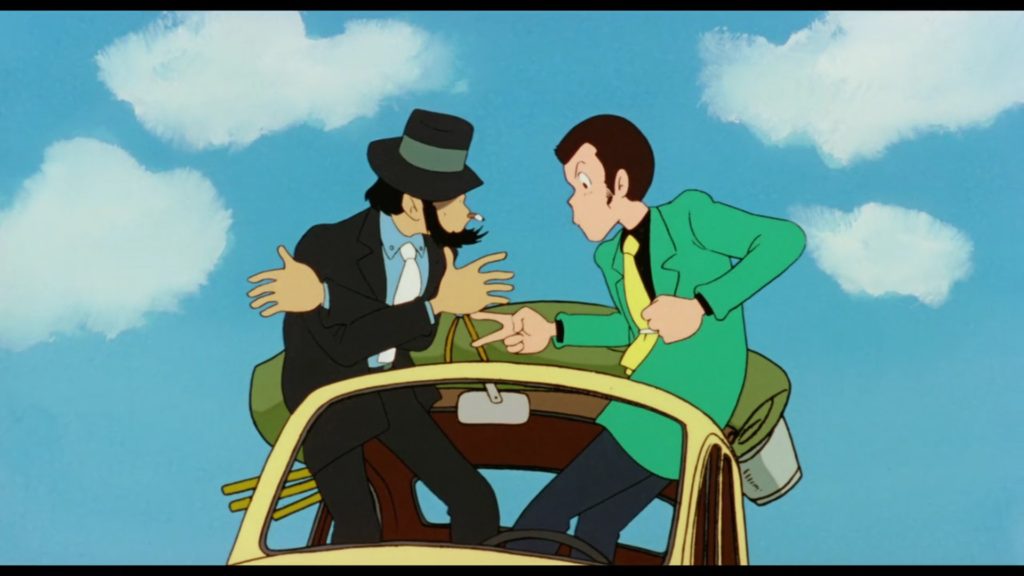 Lupin III: The Castle of Cagliostro is the second theatrical film based on Monkey Punch’s Lupin III series, with two TV series preceding its release in 1971 and 1977 respectively. Yet unlike the series’ first theatrical film, The Secret of Mamo, Cagliostro has stood the test of time as an almost universally accepted classic of Japanese animation. And who was at the helm? None other than Studio Ghibli co-founder and figurehead, Hayao Miyazaki.

I believe that much of the film’s greatness can be attributed to the influence of Miyazaki. Looking at the film now with almost 30 years of Miyazaki stored in my brain perhaps makes it more obvious now than back when it was released.

So many of the iconic animation cuts, including the immortal car chase scene, are Miyazaki to a tee with their visual comedy and (mostly) true-to-life theatrics. Changing the characters to be more chivalrous in line with Miyazaki’s own tendencies as a writer, most keenly felt in Miyazaki’s interpretation of the protagonist Lupin, also helped to widen the appeal of the series. Furthermore, Miyazaki’s achievement in crafting a perfectly paced and structured screenplay for the film in collaboration with Yasuo Otsuka would end up being a feat he’d perform again and again for the majority of his career. 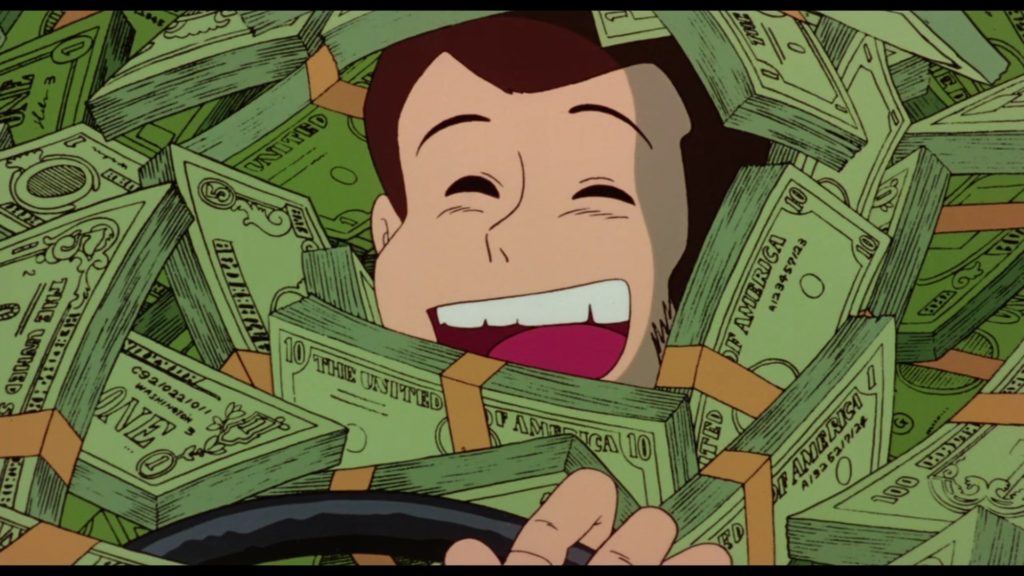 The success of The Castle of Cagliostro both commercially and critically was what elevated the name of Miyazaki in the industry. The rest, of course, is history – he founded Studio Ghibli along with Isao Takahata and Toshio Suzuki and went on to become one of the most well-known and lauded anime directors in history. The funny thing is, though, that this is not an isolated phenomenon.

1979 was a long time ago, so perhaps it is best to take a more recent example. How about the 2012 series that revived Lupin as a TV series, The Woman Called Fujiko Mine? This anime looked to reinvent Lupin as a darker, more female-oriented series, and largely succeeded in doing so. But more than that, it ended up becoming a home for some of the most celebrated creators in anime today.

Fujiko Mine was directed and storyboarded by Sayo Yamamoto, who is now working as an original storyteller with her smash-hit Yuri!!! on Ice series. Handling series composition was Mari Okada, who has been churning out original stories ever since then with Kiznaiver, Mayoiga, and more recently her original film Maquia: When the Promised Flower Blooms. Takeshi Koike, the mind behind Redline, handled character design and served as animation director. Koike would also go on to produce a whole series of Lupin films, the latest of which is set to release this May. Eureka Seven staffer Dai Sato handled the scripts, and FLCL creator Hiroyuki Imaishi even contributed some key animation in episode 12. 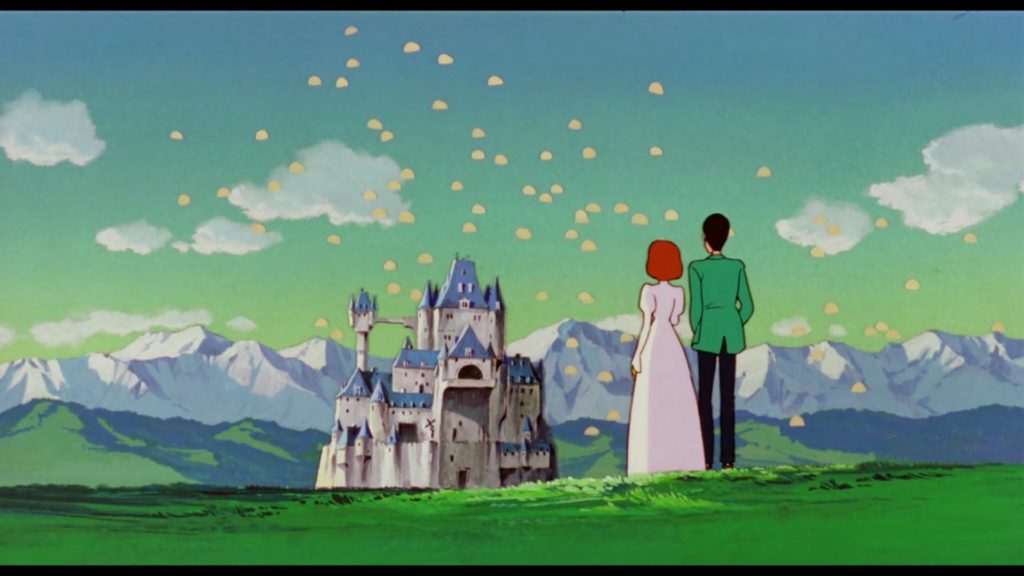 It’s clear from such a stacked list of important names, along with the importance of The Castle of Cagliostro in launching Hayao Miyazaki’s career, that the Lupin III series has played an important role multiple times over the years: acting as a source of inspiration and creativity for creators who would later go on to become legends.

I think this is one of the most important elements of Monkey Punch’s legacy. Certainly, without his own work as a mangaka in creating Lupin III in the first place, none of this would ever have come to pass. But good creations can often transcend the creator and become something else entirely. Is that necessarily a bad thing, I ask?

Even though Monkey Punch might not be remembered for his own work as a mangaka, rather for what his work inspired, that is actually a testament to how powerful his creation is at its core. We can’t help but keep coming back to the adventures of Lupin, Jigen, Goemon, Fujiko, and Zenigata. Visionary creators also can’t help but put their own spin on the classic formula. So despite over 50 years of Lupin III, I’m sure that the adventure will never truly end. That is surely something for Monkey Punch be proud of, wherever he is now.