The Colorful Adventures of Super Mario! 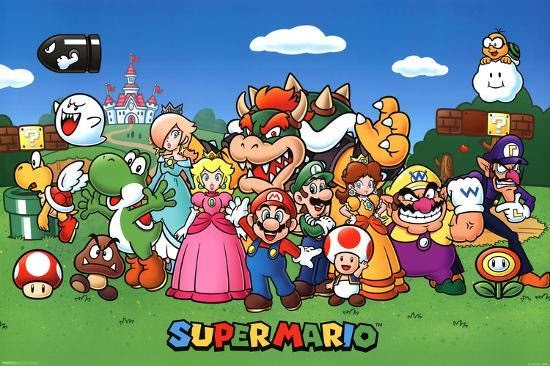 An iconic emblem for gamers everywhere, Mario and his wide grinned mustache smile and contagious joy is a nostalgic classic character.

The primary colors and boldly vivid animation style gained tremendous popularity in it’s debut in 1985. Released with Nintendo, the first game Super Mario Bros. set the stage for the loveable and iconic duo: Mario and Luigi, and their many adventures to follow. We are introduced to their main storyline; they live in the Mushroom Kingdom, where they must rescue Princess Toadstool (later called Princess Peach) from Bowser/King Koop.

After a huge initial success, Super Mario Bros expanded over the decades into a huge franchise even beyond gaming! 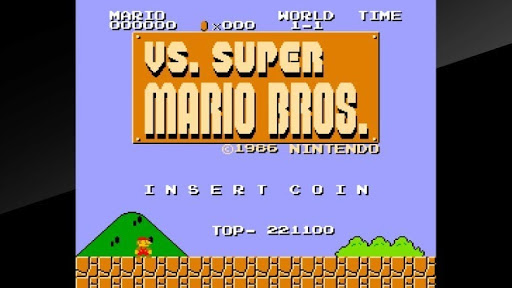 Highlighting the Decades of the Mario World Video Gaming Legacy

One of the best selling video games of all time, this first game was released as the platform to introduce and feature our beloved Mario. There are 8 worlds with a total of 32 levels.

The initial sequel to the original game, this version uses the same style of level progression with new added elements such as more character movement, weather and more difficulty overall.

In this new adventure, Mario and his friends agree to stop the evil frog Wart in a dreamland. Initially this was a discarded concept and was reconverted for Mario. In this game we are introduced to more characters available for single player action: Luigi, Princess Peach and Toad! This is also the first game that includes a life meter, only allowing a character to be hit 4 times before dying.

Super Mario Land was the very first game for Mario’s world that was designed for a handheld device, released for the Gameboy. In this narrative Mario is attempting to save Princess Daisy from a spaceman named Tatanga.

This was released for the Super Nintendo Entertainment System (SNES). The scale of this game dramatically increases with 72 levels, 9 worlds and hidden exits. There are new power ups and moves like Super Mushroom and Fire Flower.

In this game we finally meet Mario’s notorious rival, Wario! He has taken over Mario’s castle and Mario must collect a certain amount of coins to get his castle back.

The first game for the Nintendo 64 that allowed for more precise movements with it’s analog stick. There is more freedom in this 3D open world layout and players could be able to roam in all directions with no time limits.

This game was made specifically for the new Nintendo system, the Gamecube! The story follows Mario and Peach on a vacation in Isle Delfino, but a Mario Doppelgänger, shadow Mario, causes chaos on the island. Mario is equipped with a water hose to clean the island and we also are introduced to Bowser Jr. for the first time.

Released for the Nintendo DS, Mario and Luigi team up to defeat Bowser Jr. and save Peace. This version has an interesting integration of both 2D and 3D animation. Also there are multiple exits on some levels.

Launched for the Wii, this game is set in outer space and we must thelp mario travel from one galaxy to the next collecting power stars. These are acquired by voyages and fighting against rivals. There’s a really fun gravitational element that allows the player to walk upside down on some objects and  jump more freely.

For the Wii U, this story follows Peach yet again captured by Bowser Jr. on her birthday! Mario, Luigi and teo toads embark to rescue her! The characters can use different suits here for extra power like the flying squirrel suit that can make anyone fly through the air.

The first game that was released outside of a Nintendo gaming system, it was designed for IOS and Android mobile devices. Mario runs freely and it is up to the player to help Mario collect coins and avoid hazards.

For the latest Nintendo platform, Nintendo Switch, this game is an homage back to the open world set up similar to Super Mario Sunshine. In this adventure, Mario’s cap has special powers and he is able to use it to capture his enemies. There are multiple kingdoms in this version and for the first time ever its very own theme song, “Jump Up, Super Star!”

The latest released game, which follows the same suit as it’s initial release, Super Mario Maker. However, in this version there are new items and enemies as wella s an online multiplayer mode.