The Cross-Cultural Journey of Super Sentai 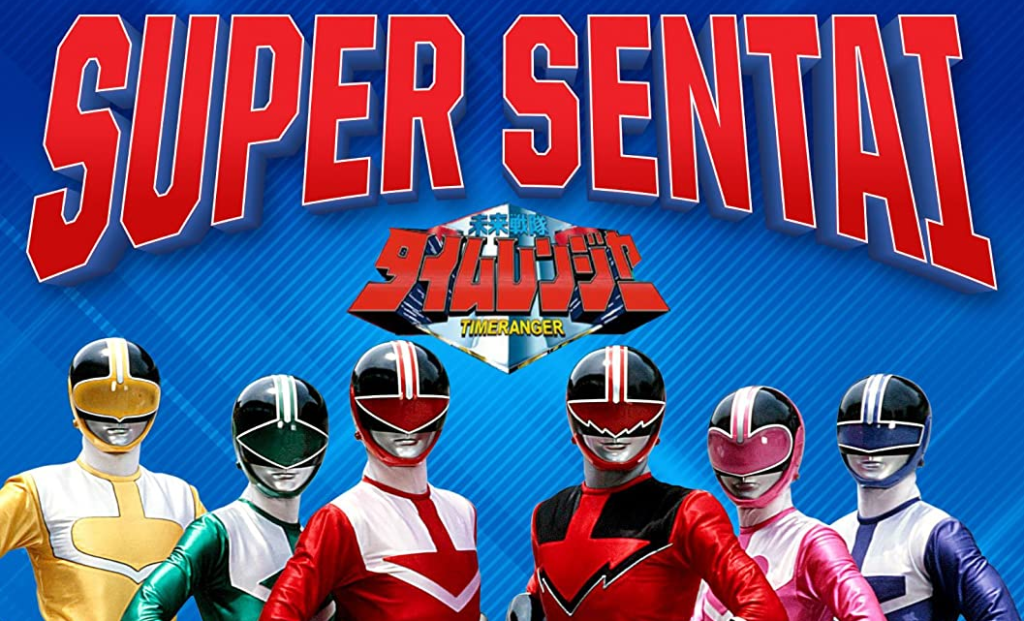 Super Sentai as a Metaseries

Super Sentai isn’t exactly a series or a franchise. Since the earliest versions premiered in the 70s,it’s become something more like a genre or metaseries. The concept of a team of color-coded spandex-wearing fighting teams going up against nightmarish monsters doesn’t exactly belong to one creator, but owes its development to a variety of different shows and concepts that lead to what it’s known as today.

One of the clearest precedents is that of the Kamen Rider series, which has about the same longevity as the Super Sentai series. Kamen Rider features a hero that transforms into a special suit with special abilities to fight cyborgs and mutants.

The Kamen Rider series was created by Shotaro Ishinomori, who is also credited with creating Himitsu Sentai Goranger. Goranger is considered to be one of the first entries in the Super Sentai series, and features most of the hallmarks of the Sentai series. The heroes are color-coded with their own special weapons and outfits, and drive vehicles specially suited to themselves and their color schemes. Oranger also features large mechas but nothing quite like the Megazords of later iterations. 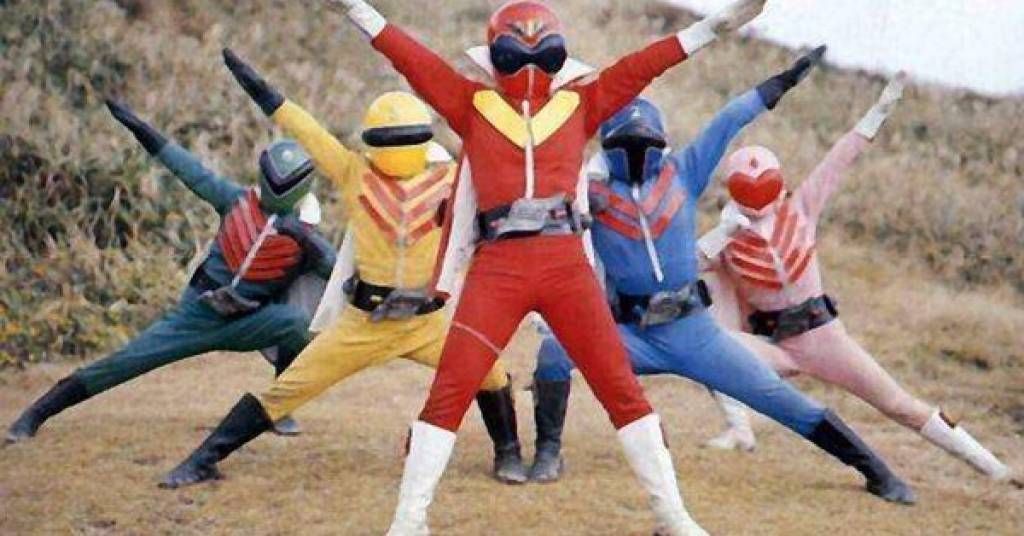 The concept of Megazords actually owes its genesis to Marvel Comics. In 1978 a Spider-Man TV series was released in Japan, the result of a deal between Marvel and TOEI, which allowed both companies to use various characters from each others’ library for media purposes.

TOEI’s Spider-Man only kept the character’s costume and abilities, and added their own origin story and universe. In this version, Spider-Man/Takuya Yamashiro gains his abilities from Garia, the last surviving warrior of Planet Spider, who injects Takuya with his blood. This gives Takuya spider-like abilities, as well as control over Garia’s ship, the Marveller. The Marveller also has the ability to turn into a giant robot, which Spider-Man uses to defeat giant enemies.

The team-controlled giant robot wouldn’t be solidified until Battle Fever J, another TOEI/Marvel co-production. Battle Fever J seemed to riff on the idea of Marvel’s Captain America, and had a group of Sentai warriors based off of the cultures of various countries. In order to defeat giant enemies, the members of Team Battle Fever would pilot their Battle Fever Robo, which took the appearance of large samurai. 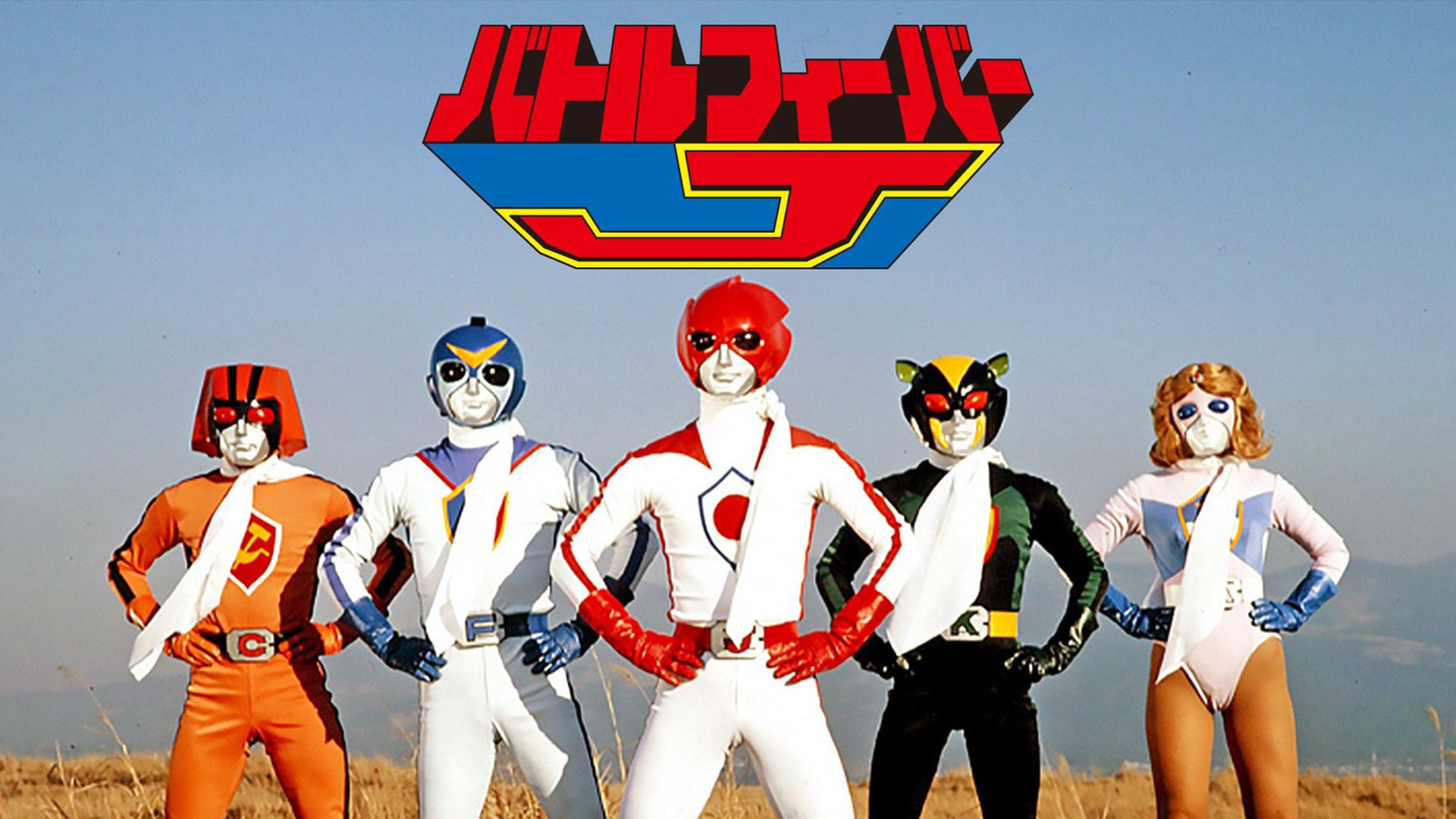 From Sentai to Power Rangers with Haim Saban

Battle Fever J ran from 1979 to 1980, and from then on a Super Sentai installment was released every year. In 1992 Kyoryu Sentai Zyuranger was released, which would become the basis for Mighty Morphin Power Rangers in the US. The idea to adapt Sentai shows for Western audiences came when future-producer Haim Saban took a business trip to Japan in the 80s.

It wasn’t until 1993 that Mighty Morphin Power Rangers premiered on FOX Kids. In the original Sentai series, the Rangers (As they would be known) were humans that had evolved from dinosaurs, and were kept in suspended animation for 170 million years until their enemy, the witch Bandora was awakened on the Planet Nemesis by two astronauts. 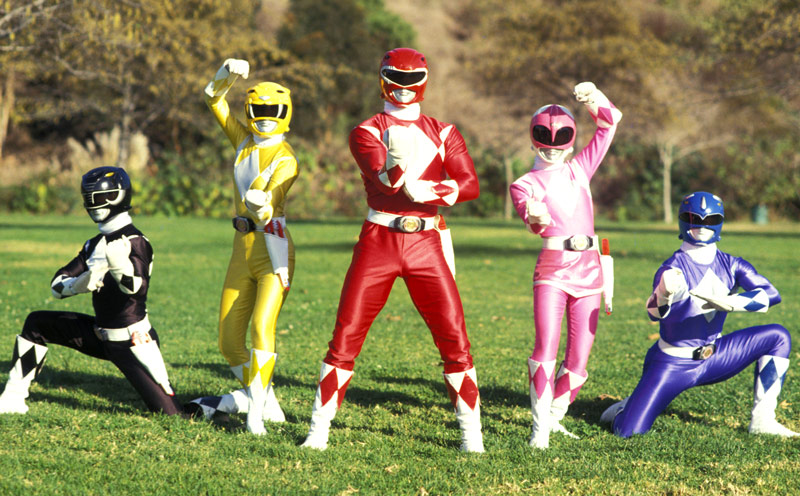 By that time the conventions of Super Sentai/Power Ranger shows had become more or less codified. Sentai shows usually consist of a team of stylish color-coded heroes, who use a combination of martial arts and special weapons to take down monsters.

These fights usually end with the monster of the week growing to giant size and can only be destroyed by the combined efforts of the Sentai Heroes and their robotic animal mechas, referred to in the Power Rangers series as Zords. The Zords/mechs combine to form a giant robot, which takes down the monster. This puts most Sentai series in the realm of tokusatsu, which specifically refers to shows that make heavy use of special effects, especially stuntmen in rubber suits.

The sheer volume of Super Sentai material has etched it into the culture of Japan. There are plenty of popular manga and anime that make references to elements of Super Sentai shows, in particular Dragon Ball Z’s Ginyu Force. In context the Ginyu Force is a squad of alien mercenaries, and whenever they introduce themselves perform a variety of stylish poses reminiscent of Sentai characters.

Additionally, the creator of Sailor Moon, Naoko Takeuchi, was inspired by Super Sentai character designers to create the look of the Sailor Scouts. Since 1980 there’s been a Super Sentai iteration every year, and there doesn’t seem to be any indication of the series slowing down.