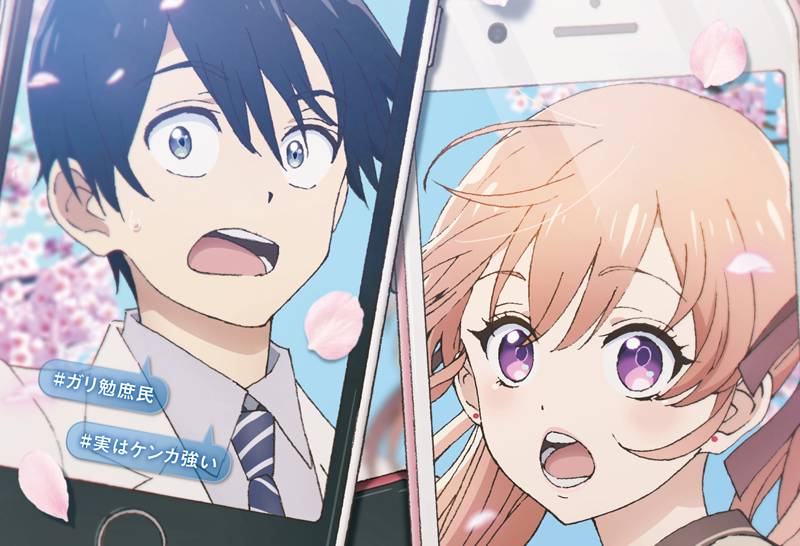 In what may or may not be the fastest manga to anime pipeline ever, The Cuckoo’s Fiancee by Miki Yoshikawa (published in English as A Couple of Cuckoos) will be getting an anime adaptation in 2022. It’s been less than a year since the series’ first volume hit store shelves, although it started serialization in Weekly Shonen Magazine in January 2020: that just goes to show how unprecedented this adaptation is.

Even so, the news isn’t exactly surprising. The series’ first volume was the fastest in Kodansha’s history to get four consecutive print runs, and it eventually broke several shipping and printing records for the company: at one point last October, two volumes of The Cuckoo’s Fiancee were even apparently being sold every second!

Based on this, a representative from the rights department coyly remarked in the same month that ‘I can feel that this is a property with a lot of potential. We’re planning to adapt it in the best way possible!’ As a result, a Cuckoo’s Fiancee anime was essentially confirmed long ago.

Nevertheless, now we have concrete confirmation, along with cast and staff details. There’s also a teaser trailer (which is undoubtedly pre-animated) meant to promote the 2022 release date for the Cuckoo’s Fiancee anime: quite soon, especially if it comes at the beginning of the year.

Kaito Ishikawa will take up the role of Nagi Umino, the protagonist of the story. He’s most well known for voicing Tenya Iida in My Hero Academia, Genos in One Punch Man, and Naofumi Iwatani in The Rising of the Shield Hero. Akari Kitou, meanwhile, will act opposite him as Erika Amano, the main female protagonist: her breakout role was arguably Nezuko Kamado in Demon Slayer: Kimetsu no Yaiba, although she also voiced Tsukasa Yuzaki in last year’s TONIKAWA: Over the Moon With You.

Hiroaki Akagi will act as chief director in tandem with director Yoshiyuki Shirahata across two production studios: Shin-Ei Animation and SynergySP. Aya Takano is tackling the character designs and Yasuhiro Nakanishi series composition, meaning that the core crew is already pretty much complete: perhaps we can expect the Cuckoo’s Fiancee anime sooner rather than later.

You can read The Cuckoo’s Fiancee under the title A Couple of Cuckoos via Kodansha USA.