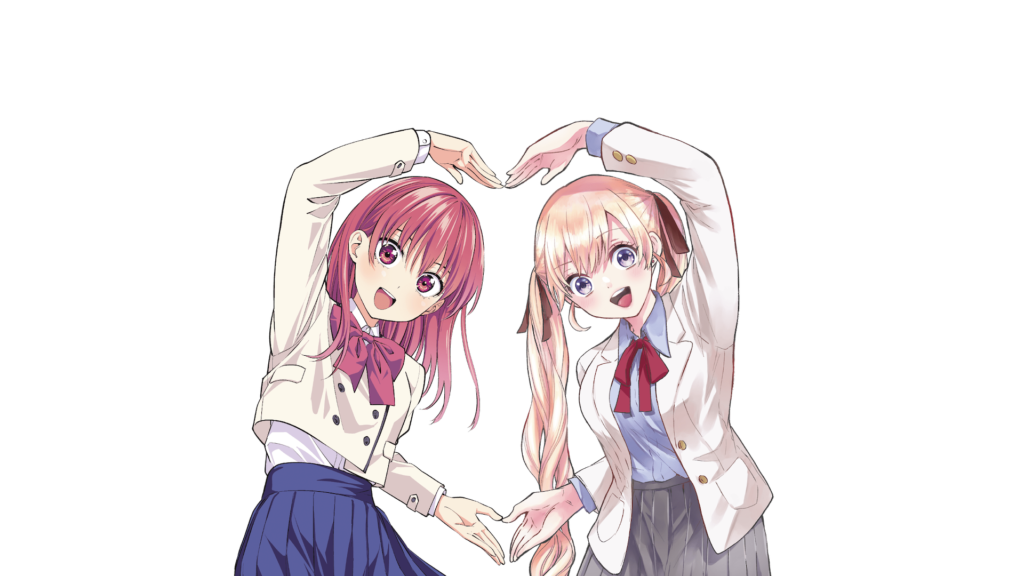 The Cuckoo’s Fiancee by Miki Yoshikawa and Kanojo mo Kanojo by Hiroyuki have teamed up for a new collaboration in this week’s issue no. 39 of Weekly Shonen Magazine, featuring special prizes and exclusive web content. The collaboration, consisting mainly of an illustration penned by both artists, comes as Magazine’s love comedy game is on the up, possibly hinting at the editorial department’s true intentions.

To be honest, the quality of the Cuckoo’s Fiancee and Kanojo mo Kanojo collaboration illustration alone is enough to fill an entire article. Featuring respective main characters Erika and Saki making a love heart with their arms, there’s just something about how Yoshikawa and Hiroyuki’s art styles meld together that makes it so pleasant to look at. You truly love to see it. 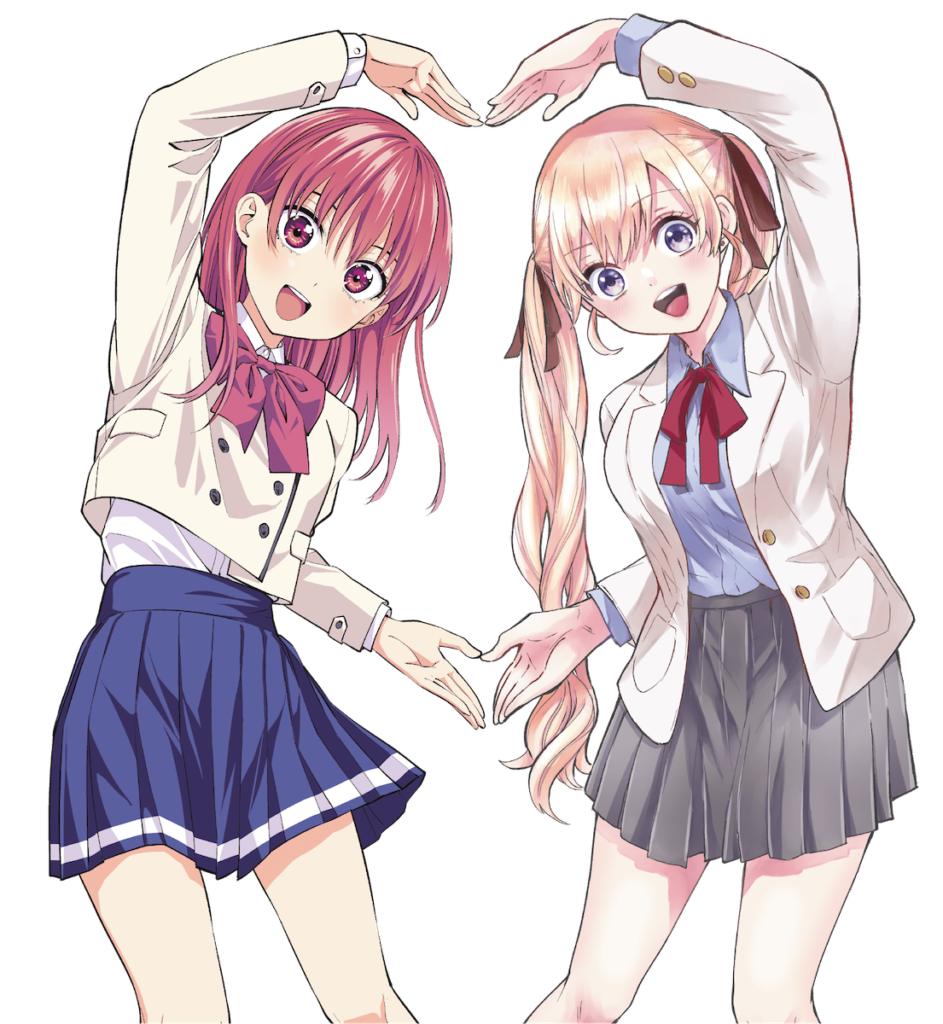 Available on the official Weekly Shonen Magazine website is also a rough version of the Cuckoo’s Fiancee and Kanojo mo Kanojo collaboration illustration, which features Erika and Saki making a love heart with their hands instead of their arms. As it turns out, Yoshikawa-sensei said that it might be more “heroine-like” if you could see their uniforms, as well as their “chests.” So, an alternative version was created.

The Magazine website also features a comment from Hiroyuki, who says that it was a “fun learning experience” to draw alongside Yoshikawa. According to Yoshikawa, it was Hiroyuki that came up with the first version, but she pondered for a bit and realised that both character’s “good points” weren’t really coming out. That is why she decided to go for a different version, but hopes that she wasn’t too much of a pain for Hiroyuki.

The Cuckoo’s Fiancee and Kanojo mo Kanojo joining forces is interesting as Magazine editor-in-chief Kurita Hirotoshi has talked about the latter series as one that he expects to succeed in the future. To a certain extent, that thunder has been stolen by The Cuckoo’s Fiancee’s record-breaking success, but this collaboration may help to take Kanojo mo Kanojo to greatly heights – it’s certainly got me interested in picking up the series, which just goes to show the power of cross-magazine collaboration.

Kodansha is also running a signed clear file giveaway via Twitter to mark the occasion. Don’t hesitate to check out the official website for more details.