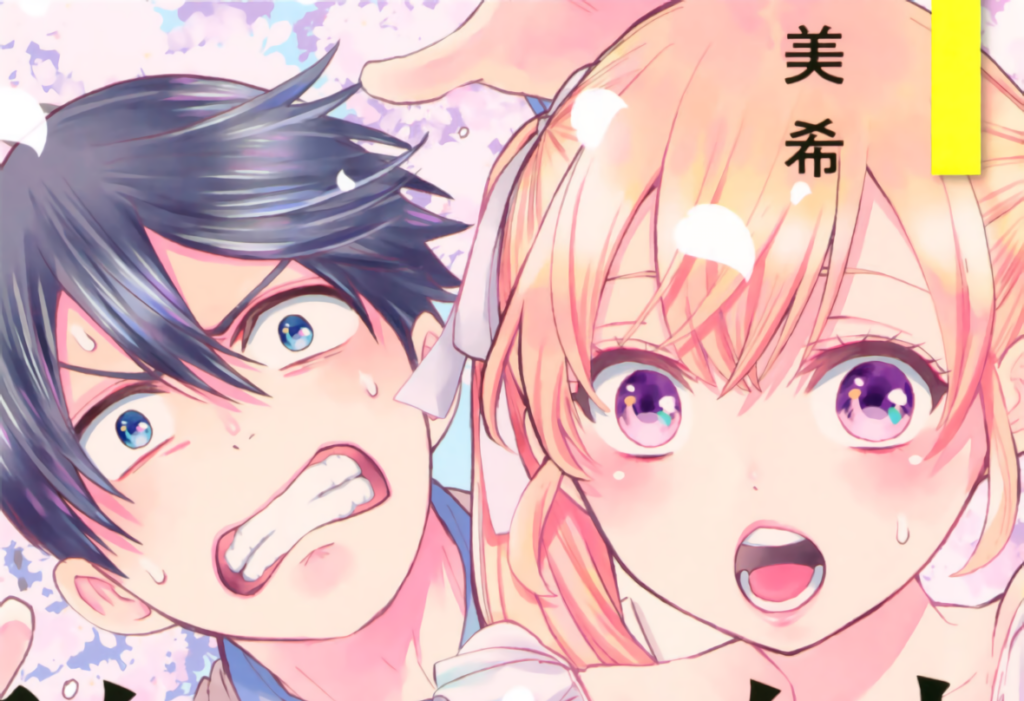 The Cuckoo’s Fiancee (Kakkou no Iinazuke) is shaping up to be a massive hit for Kodansha’s Weekly Shonen Magazine. Last week, it came to light that the series’ first volume, released on May 15, was the first in the magazine’s sixty-year history to receive four continuous print runs. It also managed to place among the top 50 print manga up for the 2020 ‘Tsugi ni Kuru Manga’ awards, which is no easy feat. Under such circumstances, it felt wrong not to check the series out. But why has it seen so much success? And what makes it so special?

The first thing that comes to mind is the fact that the series is written and illustrated by Miki Yoshikawa. Yoshikawa’s last serialization, Yamada-kun and the Seven Witches (Yamada-kun to Nananin no Majo), lasted from 2012 to 2017 and was popular enough to spawn an anime adaptation by LIDENFILMS.

Certainly, Yoshikawa is a well-established author with a precedent for prior success. This can help to raise the profile of a new series once it debuts. But success in the past doesn’t always translate into success in the present, as we’ve seen multiple times over the years. Furthermore, while Yoshikawa is undoubtedly popular, her popularity alone isn’t enough to explain The Cuckoo’s Fiancee. Yamada-kun only sold around 3.8 million units at the time of its ending, after all. Clearly, a more thorough analysis of the series is needed. 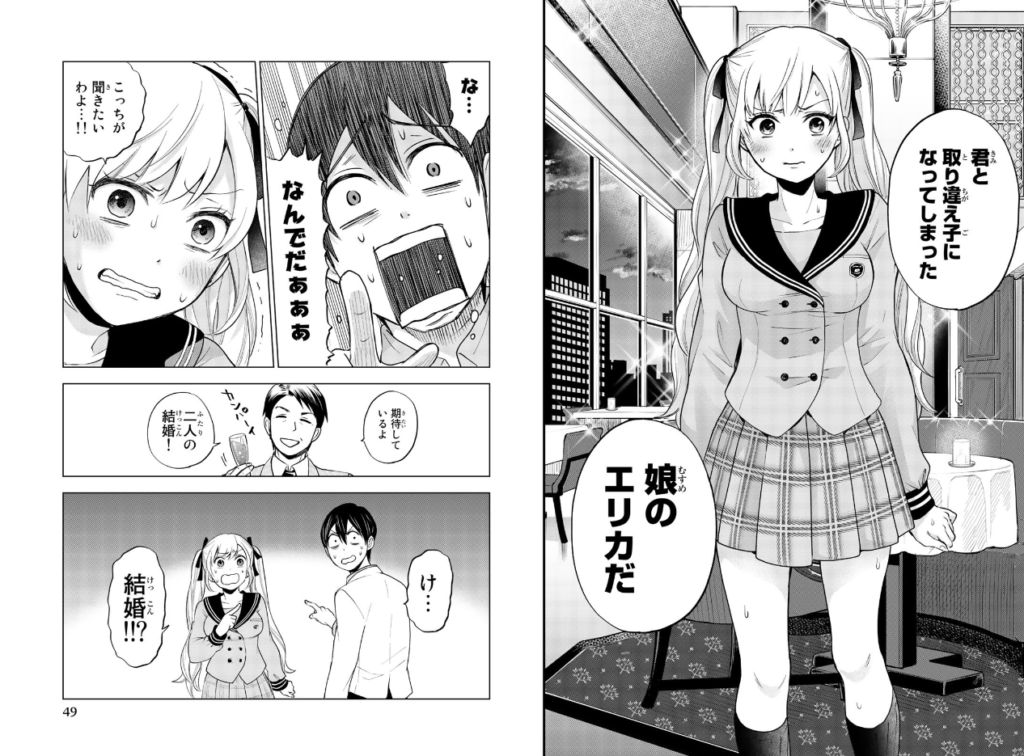 So how about the series’ premise? Something about that must have pulled enough readers in to provoke excess demand, or at least get them to recommend it to their friends. The Cuckoo’s Fiancee, then, follows high schooler Nagi Umino as he discovers that his family is not, in fact, his real family, and that he was accidentally swapped with another baby when he was first born. It is on the way to meet his real family that he then encounters the young, spoiled Erika Amano, who turns out to be his parents’ real child. Shenanigans ensue, and the two end up engaged.

This is a fine premise, if one that appears, to me at least, a little less interesting than Yamada-kun and the Seven Witches. The problem then also comes when trying to explain this premise in a small number of words: by combining so many disparate elements and threading them together, it becomes difficult to parse what it actually is.

Put simply, then, The Cuckoo’s Fiancee is a love comedy. Everyone can get behind that. Furthermore, as the series’ first volume develops, things straighten out and become a lot easier to enjoy: chapter 2 deals with the fallout of both Erika and Nagi finding out that their parents are not their real parents; chapter 3 forces the reluctant couple to live together in the same house, and chapter 4 delves into the relationship between Nagi and another character that we’ll discuss later on. As a result, I found myself enjoying The Cuckoo’s Fiancee much more as it went along. 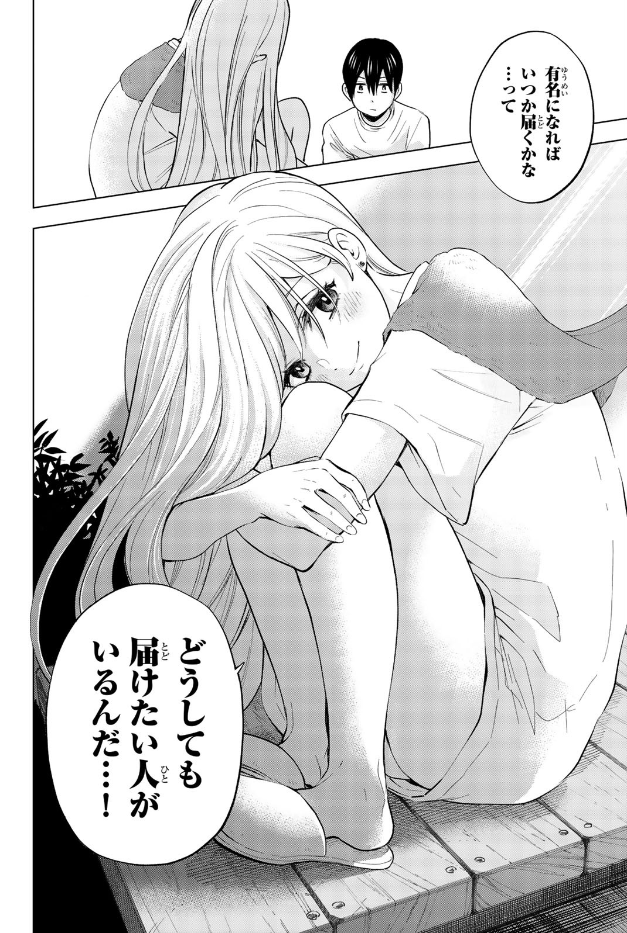 But what about the characters? The point has been made several times, but characters are the heart and soul of every story. In this regard, The Cuckoo’s Fiancee does not disappoint. At first, Nagi appears to be quite an average protagonist, more concerned with his studies than anything else. But his own, vibrant personality comes to the fore as he interacts with more characters. Erika is also entertaining: she’s an Instagram influencer, which comes off as forced at first, but is later revealed to be an essential part of her character. And Hiro Segawa, who we haven’t mentioned up until this point, works well as Nagi’s foil and potential love interest.

At this point, if I was to make a guess as to the secrets behind The Cuckoo’s Fiancee’s success, I’d say this: the series is an entertaining read that improves quite a lot as it goes along, which makes it quite easy to recommend. Given that people are quite bored at the minute with social isolation, they’re more willing to give a new series a go. This puts a strain on the series’ print supply, which creates a chicken and egg situation: “If I don’t go and buy a volume now, I might not be able to!” The constant cycle of recommendation and panic thus repeats, drawing media attention in the process.

If explained as a perfect storm of market conditions, then I can understand The Cuckoo Fiancee’s success. But as a piece of media, it is hard for me to understand why it has resonated with so many people. The convoluted nature of the series’ initial premise masks its true identity as a fairly standard love comedy, which isn’t any more interesting to me than any other. The characters, too, are decent, but not exactly anything I haven’t seen before. It would be difficult, then, for me to recommend this series over anything else that I enjoy. 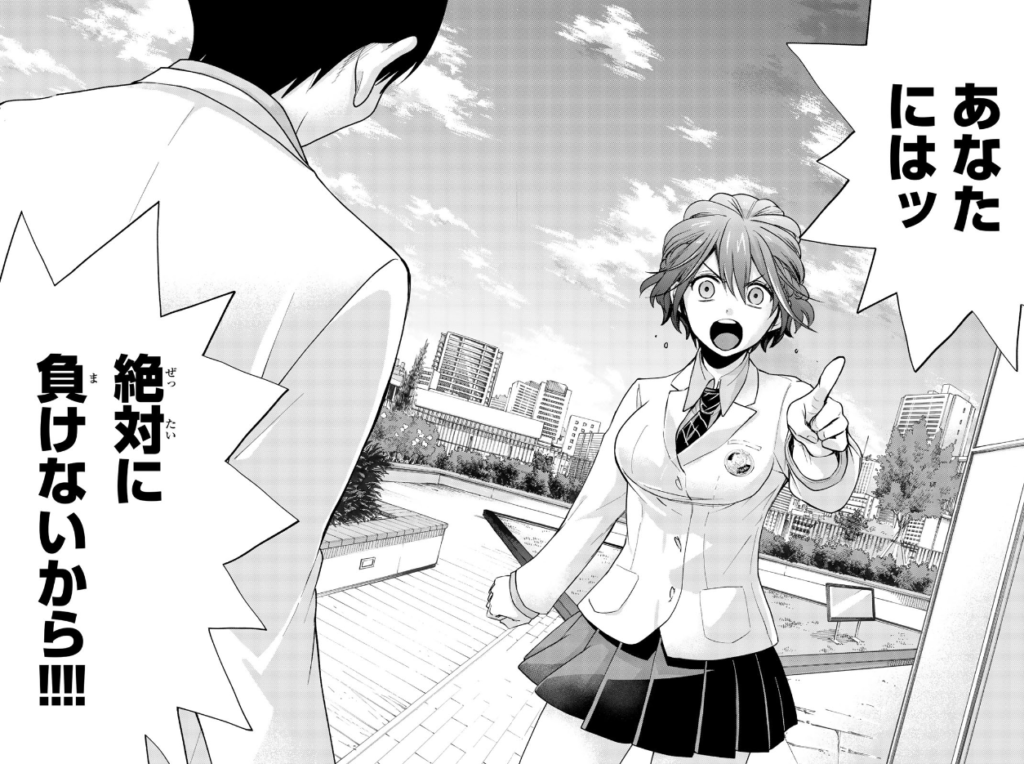 Nevertheless, I will most likely stick around for another volume. The series has set up several plot threads that I am at least somewhat interested in seeing evolve: the issue of Nagi and Erika’s engagement, for one, but also the fact that Nagi likes Hiro. In fact, the entire back half of the first volume is great as it is full of tension as to whether or not Hiro will accept Nagi’s confession. Furthermore, the series does raise some good ideas surrounding the concept of family: what constitutes a family? Does blood relation matter, or is it more about who loves and cares for you? Chapter 2, in particular, is full of good meditations on this theme, and the bubbling emotions within Nagi’s sister, Sachi, threaten to overflow and change the whole ballgame.

Does The Cuckoo’s Fiancee deserve its success, then? Not really. It seems to me to be more of a perfect storm of events that have allowed Miki Yoshikawa’s new series to break the records that it has, and that doesn’t appear to be slowing down any time soon: volume 2 is scheduled for release on July 17, and the hype is real. Weekly Shonen Magazine definitely has a runaway hit, whether I like it or not.

You can read The Cuckoo’s Fiancee via Kodansha.