The Cuckoo’s Fiancee Sales: So Good That 2 Volumes Are Selling Every Second 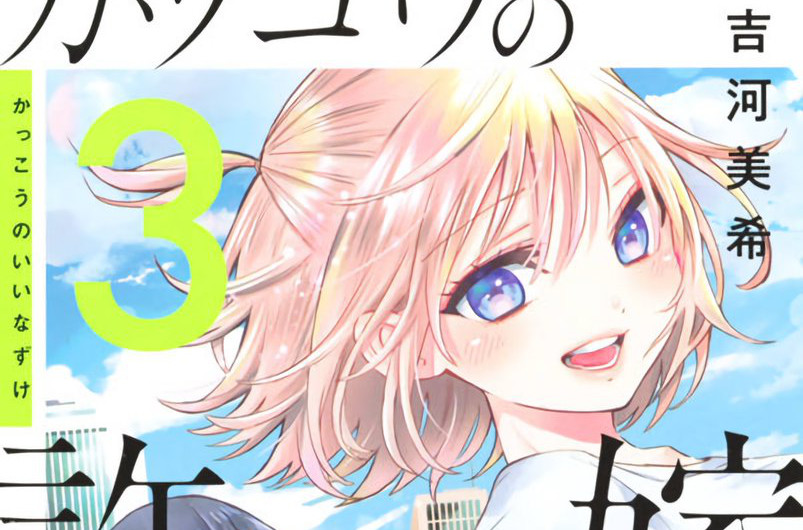 Miki Yoshikawa’s The Cuckoo’s Fiancee has been tearing it up in the pages of Weekly Shonen Magazine as of late, recently taking over the front cover and breaking a slew of publication records for Kodansha. That sales success continues with the series’ third volume, released on September 17 – so much so that two volumes are being sold every second.

This surprising sales announcement came via the official Cuckoo’s Fiancee Twitter account, accompanied by an illustration of Nagi. The text reads as follows:

“Thanks to everyone’s support, two volumes The Cuckoo’s Fiancee are being sold every second! Thank you all also for sharing your thoughts this weekend! We’re reading them one by one!! We hope that each and everyone one of you is enjoying The Cuckoo’s Fiancee!!” 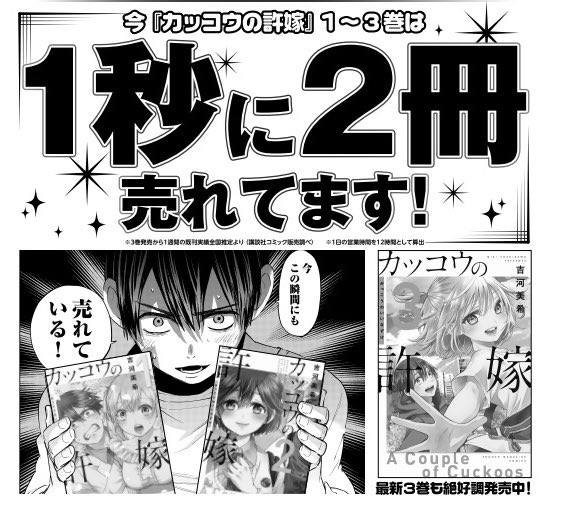 Naturally, this remarkable Cuckoo’s Fiancee sales update does come with some caveats. The fine print of the image can be a little hard to make out given the low quality, but it says that the announcement is based on data gathered by Kodansha in the week following the release of volume 3. Furthermore, it presumes the “hours of operation” to be twelve, spreading out the data accordingly. As a result, purchases made late at night or early in the morning may be pushed to different days.

Still, this is an incredible achievement, and is backed up by data from Shoseki rankings. The Cuckoo’s Fiancee volume 3 reached number 11 on the week beginning September 14, before dropping to number 47 the week after. The series therefore sold in excess of 26,300 units in the first week and close to 19,800 the week after, meaning at least 46,100 in total. And that doesn’t even take into account digital sales, nor any that came afterwards.

The bold affirmation that The Cuckoo’s Fiancee is selling two volumes per second can, then, be taken as a vivid illustration of just how well Miki Yoshikawa’s newest series is doing. Alongside the likes of Shangri-La Frontier, it seems as if the next wave of Weekly Shonen Magazine hits is already here.

You can read The Cuckoo’s Fiancee via Magazine Pocket.