Blood Runs Hot: The Many Dads Of Shonen Jump and What Defines Them

With the release of the English Shonen Jump app, which provides a two dollar a month subscription service for many Jump manga courtesy of  Shueisha and Viz Media, I’ve been experiencing a personal renaissance of Weekly Shonen Jump. By far the most influential manga magazine ever putting out hit after hit over the years from Dragon Ball to Death Note to My Hero Academia, you can’t ignore its series even if you’d want to. Legacy titles like One Piece and Naruto will always be culturally important in the anime landscape whether you like them or not. Chances are, the next huge hit will debut in that magazine too. Having been revisiting as many old Jump comics as I have time for, it has me thinking a lot about the Shonen Jump Formula, which you could write a whole series on, and other aspects of what makes these manga so special. One area I want to focus on is the quintessential Dads of Shonen Jump, and not just because I’m bordering on 30 with the Dad-bod to match.

Shonen Jump Dads can broadly be categorized into three types; First, the long-dead or mysteriously absent. One of the most common tropes in anime, how many main characters can you think of in Jump or otherwise that have two living parents? One big example is Minato Uzumaki, the fourth Hokage, and Boruto’s Dad’s Dad. The next type you’ll see in Jump manga are the living but absurdly powerful who tend to be a complicated figure in their son’s lives. Think Endeavor from My Hero Academia. Finally, you have protagonists who have survived long enough that they themselves become Dads, which not counting epilogues have mostly been contained to Dragon Ball Z and JoJo’s Bizarre Adventure. There are plenty of exceptions of course, like Bleach’s Isshin Kurosaki although even he has his own secrets the more you read on.  Ultimately, Regardless if they actively play a huge part in a story or not, these Dads play a huge role in their son’s lives in some fashion. Now let’s start analyzing the Dads that have produced the most powerful kids of all time. 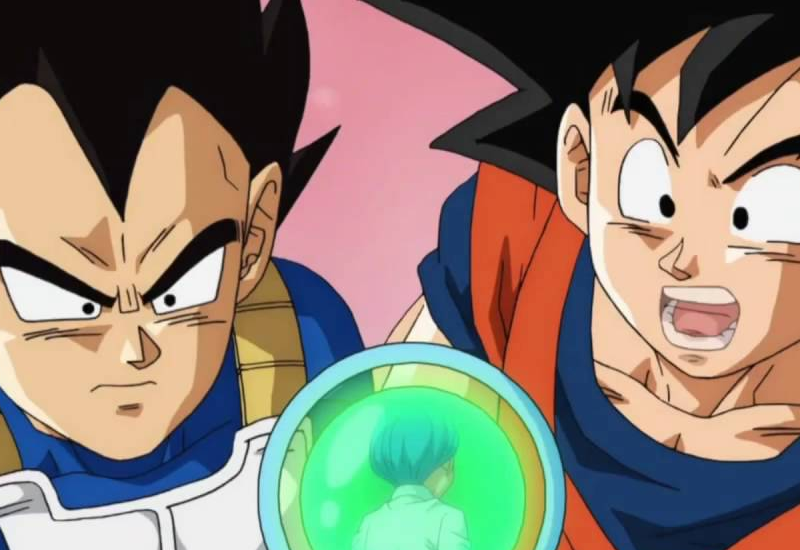 When you’re talking about Shonen Jump, you really do have to start with Dragon Ball. It’s the genesis of all the modern Jump series you’ve come to love. In regards to Dads too, the Dragon Ball Z era has given anime two of its most famous Dads; Goku and Vegeta. Obviously, they both fall under the ‘Jump characters who have survived long enough to have kids’ category and while Dragon Ball doesn’t have the character depth and nuance of titles that have come after it, we still have to pay them some attention. Especially with the additional characterization Dragon Ball Super has given Vegeta in particular.

There’s always been great debate on whether Goku is a good father or not. Many argue no, that he doesn’t enough spend time with his kids due to being dead or because he’s training; a session might last years at a time. I would add to that argument, he’s also perfectly willing to let his child sons enter life or death combat regularly. Others say Goku’s only being true to his nature and that it’s clear he loves his kids, coming through for them when it counts. Vegeta, on the other hand, seems to be a slightly more active parent than Goku by the time Super rolls around, although he’s definitely more outright mean to his children. And everyone around him. This too could be considered Vegeta living up to his Saiyan heritage, but if Dragon Ball were a more serious series it wouldn’t be so excusable. What’s my ultimate point with all this? That indeed Piccolo is the best Dad in Dragon Ball.

Let’s shift our focus to the most common Dad trope in shonen manga; the dead, or long missing, dad. There’s a whole slew of notable examples like the previously mentioned Minato Uzumaki from Naruto, Grandpa Gohan from Dragon Ball which I think counts as a Dad, and Yusuke Urameshi’s father from Yu Yu Hakusho who’s so insignificant that he wasn’t even given a real name. Now within this broad category of dead and missing dads, they play out in two ways; characters like Minato are significant figures in Naruto lore who’s death before the series begins plays a huge part throughout the story. Often shonen protags will eventually meet this type of character when they’re either eventually found if missing or in some kind of dream sequence/inside the mind/near death experience. Characters like Naruto aren’t ultimately defined by only their missing fathers but you can’t deny it plays a part in who they are. 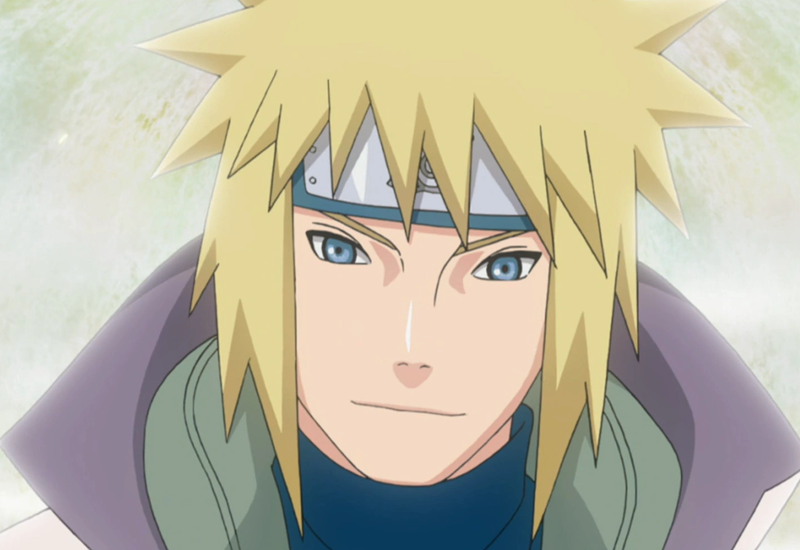 The second type of missing or dead Dad is those who don’t matter to the story at all. Again, think Yusuke Urameshi or Jotaro Kujo who eventually becomes a Dad himself. While their fathers don’t play an active part of the story, Jump protagonists with Dads who just aren’t that important tend to be a certain way. Yusuke and Jotaro are both extremely tough, and even before they got caught up in their series’ respective supernatural nonsense were never willing to back down from a fight. Sasuke from Naruto roughly fits this guideline as well; who his parents were and why they were murdered gets covered in the series, but Sasuke’s dad himself plays less of a roll than the incident involving him. Sasuke, another tough and obstinate boy, has emotional trauma that revolves around his brother instead. Still, he’s not too dissimilar from Yusuke and Jotaro in certain respects.

We’ve talked dead Dads and protagonist Dads. Now, let’s cover the third type of Shonen Jump Dad, which I personally feel tend to be the most interesting; the amazingly talented father who doesn’t play an active role in his son’s life. You could actually consider Goku and Vegeta this type as well from the perspective of their kids, but they play too big a role in Dragon Ball to fit that archetype. Some prime examples include Endeavor from My Hero Academia, Dragon in One Piece, and Food Wars having two candidates with Joichiro Soma and Azami Nakiri who play out in very different ways. These types of characters tend to not be around much in the beginnings of their series but increasingly play a bigger part as a manga goes on. 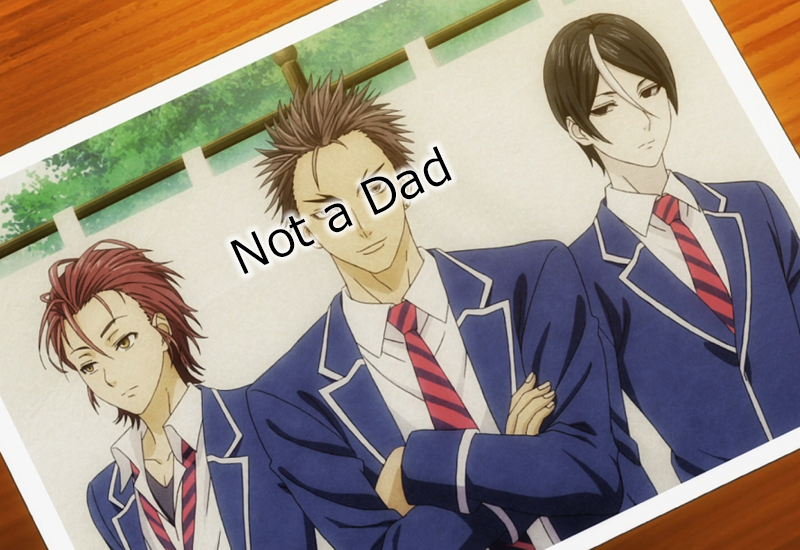 What makes these Dads so interesting is that they’re often the most complex and their protagonist sons are very different from one another. Monkey D. Dragon is a serious, humorless, revolutionary; a terrorist in the eyes of the marines who has the potential to bring down the entire institution. His son? An all too powerful doofus that rivals Goku in empty-headedness and popularity. All they share really is both being growing threats to the world order. Like father like son I suppose. Unlike Dragon, we see a lot of scenes between Endeavour and Todoroki and most people agree; Endeavor’s a huge jerk. If Dragon Ball were more serious, people would look at Vegeta the way they do Endeavor. Todoroki choosing to make his father less of an influence on him was one of the most mature moments I’ve seen in a Shonen manga. Food Wars has a loving dad who sends his son away to boarding school, not worried about spending enough time with him, and an abusive father who wants to control his daughter. Morals aside, there’s something very alluring about both Joichiro and Azami as characters; enough so that the series wouldn’t be the same without either perspective.

This all finally leads me to talk about the one Shonen Jump Dad who ends up embodying all three broad categories; Ging Freecss. When Hunter x Hunter first starts, no one’s really sure whether Ging was really around or not. While Gon’s not constantly haunted or defined by his missing father, no doubt Ging’s legacy as a top Hunter was what sparked Gon’s interest in the first place. Either that or it was in the blood. Some way through the comic, when its first revealed that Ging’s alive through small glances at his life, you realize off the bat he’s no joke. His abilities and legacy softly haunt all of Hunter x Hunter despite for the longest time not really letting anything on about his personality, what he’s been doing, or why he’s so powerful. In one of my favorite manga moments ever, when Ging finally is introduced it’s a purposeful fluke. No emotional reunion, no tears or scorn; Ging and Gon happen to be at the same place at the same time. Here it’s where we see bits of Ging’s character and what he has in common with most of these Shonen Jump Dads is that he’s just going to do what he wants. In fact, it hasn’t been animated yet but now where the manga’s currently at? Gon’s been out of action for some time and Ging has taken his place at the main character. If the series ever stops pulling constant Berserks, maybe it’ll serialize long enough for us to really see Ging in action. 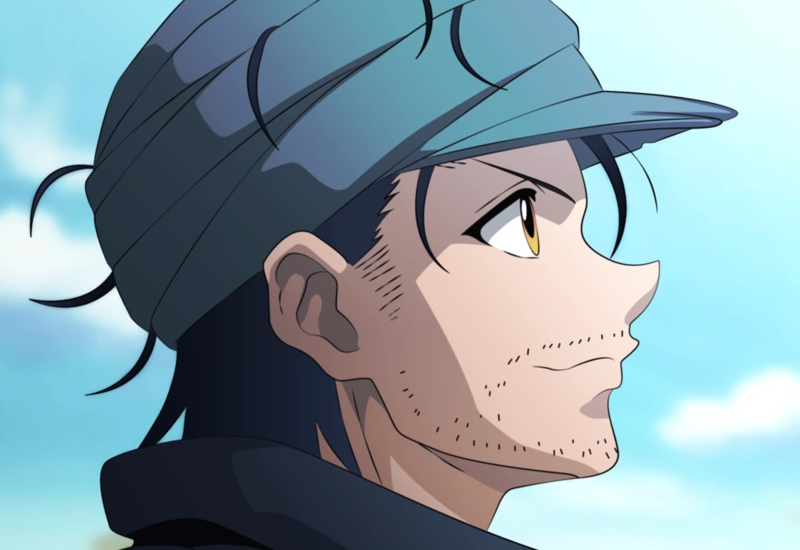 There you have it! A brief introduction into the types of Dads you’ll find in Shonen Jump comics and how they influence their hot-blooded kids and the series in general. Of course, any sub-category or any single Dad mentioned could have an article of this length written about it or him but at least covering Jump Dads broadly you can see how they factor in. Again, there are exceptions like Isshin Kurosaki and Soichiro Yagami of Death Note, although in Bleach’s case there was a dead mother instead of a dead father so does anyone truly escape the tropes? Even series we didn’t touch on here like Yu-Gi-Oh! and Rurouni Kenshin have no Dads in sight.  I hope this piece adds some nuance to the ‘is Goku a good Dad debate’ and manga story-telling in general. I also hope, if he’s a good’n, you’re Dad is doing okay. Give him a call.