The Devil Is a Part Timer! Anime Returns for Second Season 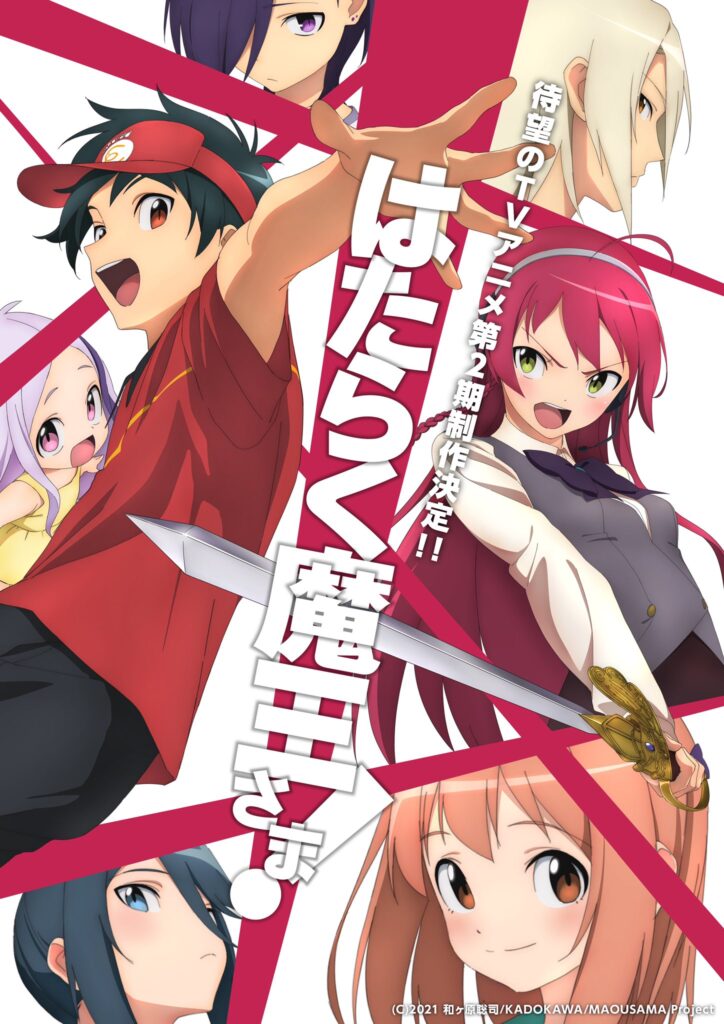 On the first day of the Kadokawa Light Novel Expo, it was announced that a second season of The Devil is a Part Timer! (Hataraku Mao-Sama) anime is in production to celebrate the original light novel’s 10th anniversary. A key visual and PV were released alongside the announcements, as well as news that the cast from the first season were all be reprising their roles.

This marks eight years since the last anime adaptation by studio White Fox in 2013. Interestingly, the staff and anime studio for the follow-up have yet to be announced. Fans have noted the difference in style from the last season based on the key visual and short trailer for the series.

The original light novel series was written by Satoshi Wagahara and illustrated by artist 029. The first volume was published by ASCII Media Works on 10 February 2011, with the last volume being released on 7 August 2020. Two manga series were produced for the franchise, with one being an ongoing adaptation of the light novels and another high school spinoff that ran from 2012 to 2015. The series also inspired a hit anime series in 2013 with Funimation handling both streaming and home video release.

The Devil is a Part Timer! tells the tale of the Demon Lord Satan, whose dark army is defeated by the valiant hero Emilia in the land of Ente Isla. Wanting to escape and restart from scratch, he and his servant Alciel enter a mysterious gate that transports them to modern day Tokyo. To get used to his new surroundings, Satan changes his name to Sadao Maou and works at a fast-food restaurant called MgRonald to make ends meets. However, it’s not too long before old friends and foes from Ente Isla re-encounter him, thrusting Sadao to protect the new life has built for himself.

The announcement of a second season almost came out of nowhere. Given the long period of time and uncertain status of who was going to work on the sequel, I didn’t think this news was ever going to come. Now that it has, I’m excited to see what more stories revolving around Maou and his friends. I’ve read the manga series to read ahead of what the first season covered, and I’m glad they’ll be covering that story for the new season.

Fans have been wanting this to happen for quite some time now, and their patience has finally paid off. It also gives us the hope of more of our favorite anime we watched in the early 2010s receiving follow-ups of their own soon.