Looking at The Disastrous Life of Saiki K 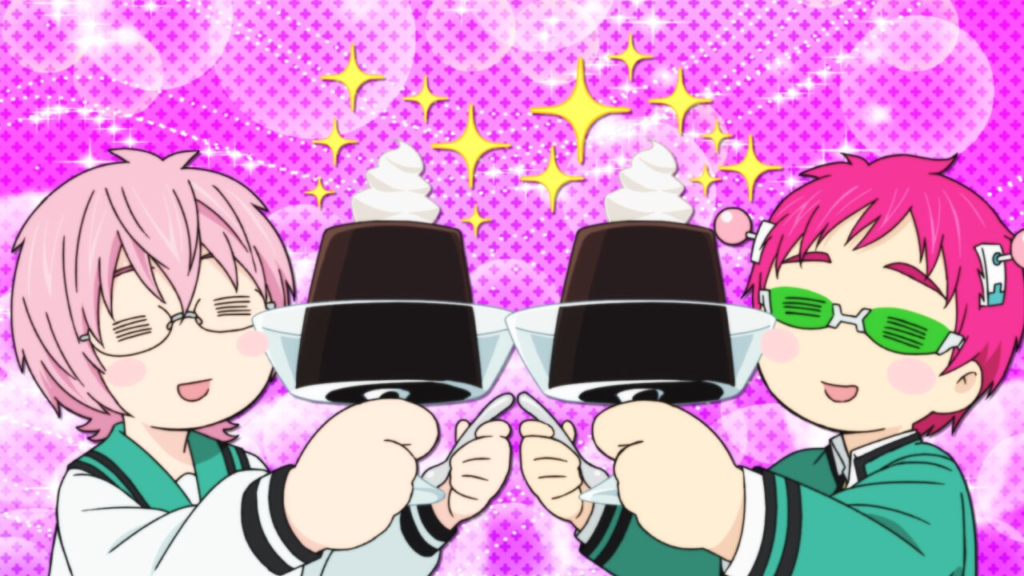 The Disastrous Life of Saiki K follows the life of Saiki Kusuo, a psychic with unparalleled powers, as he tries to navigate a normal life. It proves to be more difficult than he imagined due to his family and friends. The manga was first published in the Weekly Shonen Jump in 2012 with an anime adaptation that first aired in 2016. The show also got a live action film in 2017.

How Disastrous Is Saiki’s Life?

As an extremely powerful psychic, Saiki has the ability to bring the world to its knees and use his powers to solve all of his problems. However, he chooses to live a normal life; well, as normal as he realistically can. His plan is to pass through life with very little recognition, friends, and problems as he can.

The universe has different plans for him, and he ends up with a group of friends who not only bring a lot of attention to Saiki, but also put him in a lot of bothersome situations, much to his dismay. The series is predominantly set in PK Academy, which allows for a lot of high school related hi-jinks to befall Saiki and company.

As a comedic supernatural slice of life series, the series thrives on the chaotic energy that the characters bring, but also relies on Saiki’s straight man demeanor but equally chaotic solutions to keep audiences laughing. The show doesn’t rely on these interactions to keep the show going forward. Each character brings something to the table, and most of them can stand on their own when it comes to getting a laugh. 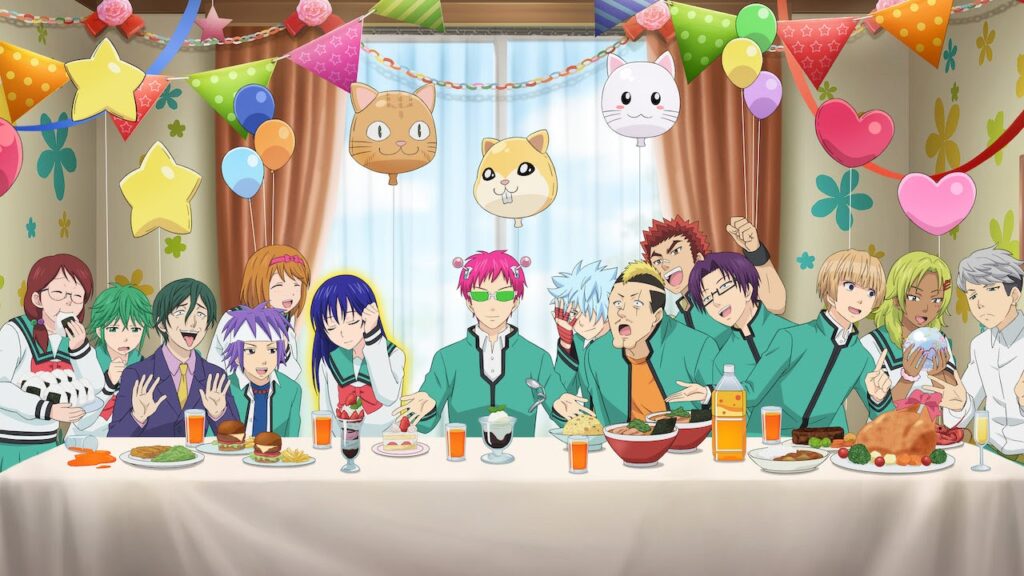 The Characters Responsible for the Chaos

Being an all-powerful psychic doesn’t sound so bad, unless you’re one of the few who just wants some peace and quiet. The show thrives on the situations that happen when Saiki’s chaotic friend group doesn’t let him have any peace and quiet. Here’s a list of the characters that knowingly or unknowingly thrive on making Saiki’s life a pain.

Saiki is the protagonist of the series, and he’s a very well-rounded character. At the beginning of the series, he is perfectly fine with being alone and doesn’t like bringing attention to himself due to his powers. As his group of friends starts to forcibly attach themselves to him, he slowly starts to open up and allows himself to enjoy life.

While he may be incredibly smart and has the ability to do what he wants, he doesn’t because he wants to accomplish things without the help of his powers. However, his powers can’t help him avoid being scammed online or predict his friends’ chaotic behaviors. His powers are extremely powerful, and his only weakness is coffee jelly.

Nendo is Saiki’s first friend, who despite his thuggish, intimidating appearance, is actually a very kind person. Nendo cares deeply for his family and his friends and tries to do what he can to help them. However, Nendo isn’t the brightest bulb, so it usually ends up in failure.

Kaidou is Saiki’s second friend who has Eighth-Grader Syndrome or Chuunibyou. He believes that the world is controlled by the evil organization Dark Reunion, and he dons the name Jet-Black Wings when he’s ready to fight. Despite this bravado, he’s actually very cowardly and runs at the first sight of trouble, unless his friends are the ones in danger.

Teruhashi is the most beautiful girl in school, and she is aware of her status and is always trying to remain at the top to be everyone’s ideal girl.

She is intrigued by Saiki when he blows her off, and she pursues him in order to figure out what his deal is, but ends up falling for him instead. Her pride and stubbornness lead her to become friends with Saiki and the rest of the gang; she learns to put down her guard and behave as a normal person around them.

Yumehara is a romantic girl who would do anything to be loved. This behavior led her into landing some pretty bad boyfriends; however, after some intervention from Saiki, she ended up falling for the oblivious Kaidou. Despite her unlucky streak, she cares for her friends and keeps her bright personality.

Hairo is Saiki’s class representative. He’s very reliable, athletic, and has a strong sense of justice. His enthusiasm has led to a lot of trouble for the school and Saiki’s band of friends. Hairo’s work ethic has earned him the respect of everyone, so no one really minds when he over exerts himself and ends up causing trouble.

Aren transfers into Saiki’s class midway through the first season and has an intimidating aura. This is because Aren used to be a delinquent and some of these tendencies remained with him. Aren has little to no tolerance for rude people and will not hesitate to launch things at people when angry. However, he goes out of his way to help people who want to better themselves, and can talk nonstop about motorcycles.

Saiko transfers to Saiki’s class after he falls in love with Teruhashi. As the scion of the Saiko Conglomerate, he spends his time making threats to his schoolmates. Saiki takes care of him, and the rest of his friends aren’t swayed by his money and have no problems talking back and putting him in his place.

Over the course of the series, Saiko’s nasty attitude lessens due to his involvement with Saiki and friends.

Toritsuka is a lecherous spirit medium who knows that Saiki is a psychic. As a spirit medium, Toritsuka has the ability to see, talk, and be possessed by ghosts. Toritsuka uses his powers to make ghosts peep on female students. He usually gets in some sort of trouble due to his behavior, and Saiki tends to ignore him unless he absolutely has to listen to him.

Aiura is an oracle who also knows Saiki is a psychic. However, unlike Saiki, she openly uses her powers whenever people need her help. She has a strong sense of justice and will not hesitate to berate Toritsuka for using his psychic powers for peeping.

Should I Watch It or Read It?

The anime and the manga are generally the same. The anime jumbles around the order of the manga since most of the chapters can be considered individual stories, but it doesn’t affect the plot line. Overall, it really boils down to your personal preference.

Depending on where you watch the anime, there is one huge difference. If you watch the anime from a site that only uploaded the original series, you’re going to see the show listed with 240 episodes. Don’t be intimidated, each episode is about 5 minutes each, and the show’s format changed once Netflix was able to get the rights to it.

When Netflix got a hold of the series, they compiled the 240 episodes into 24 full-length episodes which are currently streaming. On Netflix, the show has a total of four seasons, but Seasons 3 and 4 are not full length seasons.

Season 3 is also known as a special of two episodes that include the ending of the series. Season 4 is known as Saiki K: Reawakened, and it has six episodes. Saiki K: Reawakened is considered a reboot series, but it’s really a series of extra episodes that take place in between Seasons 2 and 3, and it also has the epilogue to the series. Netflix didn’t put the series in order, so if viewers want to watch the story in order, there is an order to follow.

Of course, this isn’t necessary, since it’s pretty easy to piece the show’s ending together. For those interested, this is the order to watch the full series: 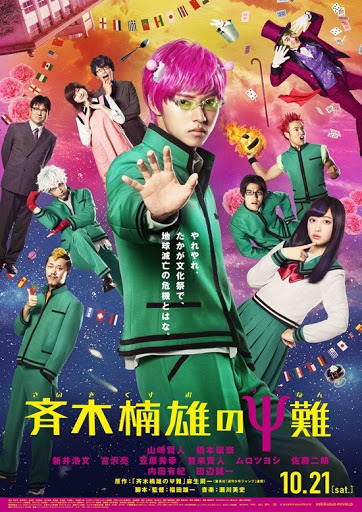 What About the Live Action?

The live action film of the same name was directed by Yuichi Fukuda. Many eyes turned to this film because the film Fukuda directed before this one was the first live-action Gintama. The film is loosely based on the manga as it takes some elements from the show’s first cultural episode arc and mixes it with an original story that focuses on Saiki and Teruhashi. It turns the dial on romance from 0 to 100 in this film as Teruhashi makes it her mission to make Saiki swoon for her like everyone else has. This adaptation isn’t really anything to write home about; it’s a decent live action, but compared to the anime, it doesn’t really stand a chance.

As Teruhashi and Saiki take center stage for this film, a lot of key parts that make the show as funny as it is take a backseat. The comedy’s still there and some classic gags from the show do pop up from time to time, like Saiki getting stuck and having to participate in the tricks and illusions of the amazing local magician and having to prevent Nendou’s death. This is pretty on brand for the series, so on this level, the film did well.

The main side characters, Nendo, Kaidou, and Aren take a backseat in this film, which is a shame because their chaotic energy keeps things interesting. The film also cut out Yumehara which is odd because she was introduced way before Aren, and she’s one of Teruhashi’s close friends. I guess the film could only handle so much chaos in one scene without it being too over the top.

The film did have to tweak a few things for this series to fit as a film, so it made it focus on Teruhashi and Saiki. While there are a few episodes that revolve around Teruhashi wanting Saiki to fawn over her, a whole film about this can seem a bit much on paper. However, the film made sure to throw in a supernatural twist that was only able to be done for a film.

I’m not going to say much, but it ends up with PK Academy being transported into space and a bittersweet ending.

For a live action adaptation of an anime, it isn’t a terrible movie; it just doesn’t do much for the series. It’s more or less thought of as a one-shot story you could watch if you want to. The film doesn’t contribute much to the anime, and it does lose a lot of its eccentric charms due to CGI and other earthly limitations, but that’s the price we pay in live action anime films.

What Makes It Worthwhile?

The series relies a lot on the character interactions, which makes it a great series if you’re into shows that are only as strong as their cast. It’s a must watch for those who like elements of sci-fi, comedy, and slice of life. The characters themselves are all charming in their own ways and will leave you cringing due to second hand embarrassment or from the comedic pay offs. Saiki K is now streaming on Netflix.