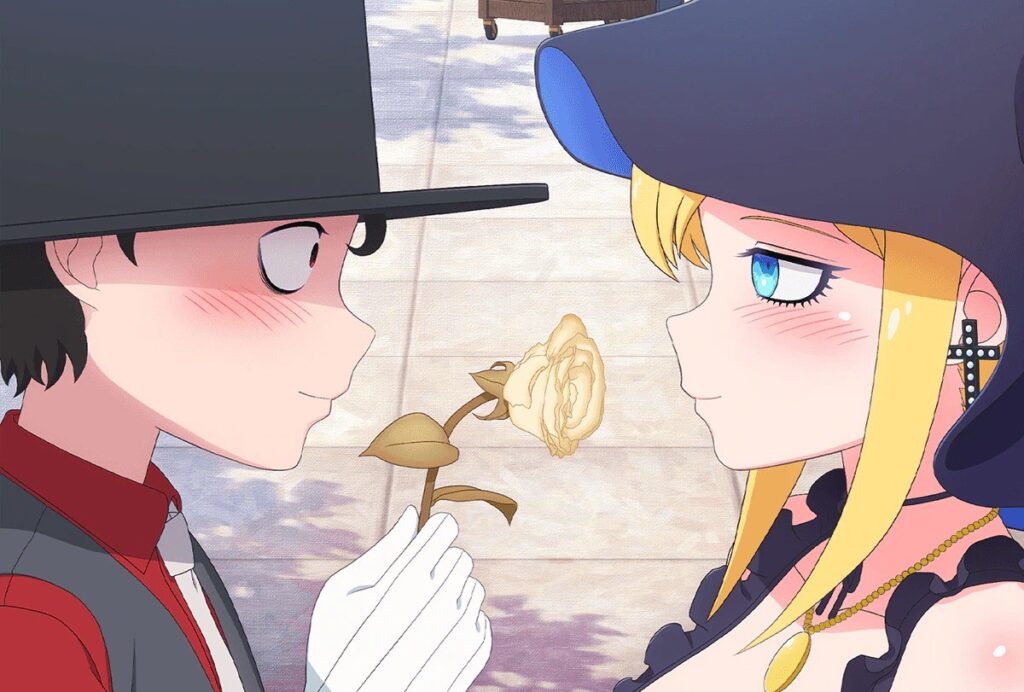 The dark romantic comedy anime series The Duke of Death and His Maid will start in July, the creators have announced. This intriguing-sounding series has also released new cast information, a new key visual, and a two-minute promo video on YouTube:

If you can’t tell from the trailer, the anime features Bocchan*, a young duke, ‘The Duke of Death’, who kills everything he touches. He’s played by Natsuki Hanae (Tanjiro in Demon Slayer). Ayumi Mano (Natsumi in Date A Live) voices Alice, who has fallen in love with him.

* (Note: Bocchan or Bo-chan is a title, ‘young master.’ You may recognize it from Natsume Soseki’s classic novel Botchan.)

Naturally, much of the comedy comes from the interaction between Bocchan and his maid, who literally flirts with death. The two main voice actors were announced earlier, but we now know several more: 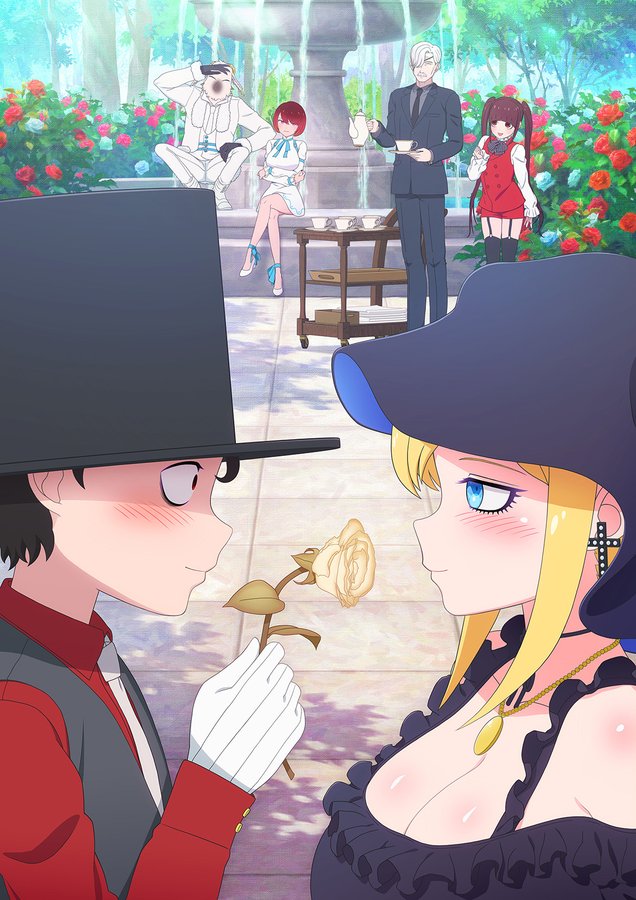 The PV also features the OP ‘Full Moon and Silhouette Night’, sung by the main two characters; and the ED, ‘Nocturne’, sung by Alice.

Inoue / Shogakukan; Shinigami Bo-chan and Black Maid Production Committee
The Duke of Death and His Maid
Join Our Discussions on Discord
Join Now