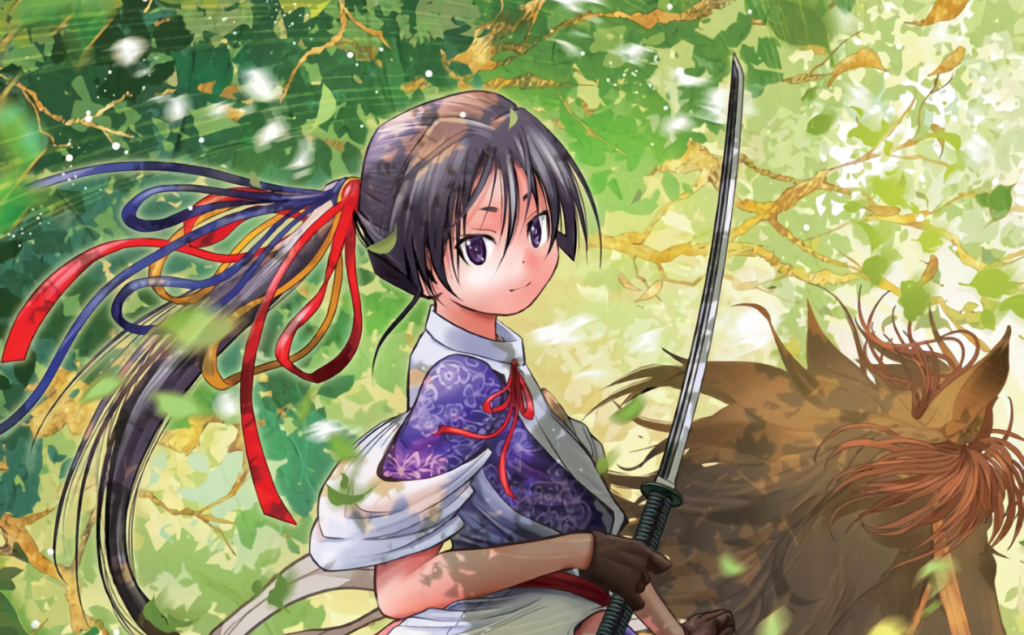 The beginning of a new week can only mean one thing: time for new Weekly Shonen Jump! This is where Jacob investigates the latest and greatest in the magazine, telling you what’s worth your time and what’s not. You can find coverage of other series under the tag Jump Time. Here’s The Elusive Samurai chapter 20.

The battle to defend Asada-no-Sho from Ogasawara rages on in The Elusive Samurai chapter 20, but that is relegated to the background for a second as Tokiyuki takes on a most fearsome opponent: Shokan the Heretic.

If there’s one thing that Yusei Matsui can do well, it’s create truly awful antagonists. And I mean that in a good way: Shokan is so terrible, so wicked, and so disgusting that you can’t help but cheer Tokiyuki from the bottom of your heart to slice him into little pieces. It’s incredibly effective writing.

Last week, Ayako and Kojiro managed to draw the enemy general Shokan away from the battle and trick him with a revolving wall, trapping him in a small room alone with Tokiyuki. This was all part of Fubuki’s plan to disrupt the chain of command, but even he didn’t foresee just how disgusting Shokan would be: constantly talking about things in terms of their value in kanmon (the currency used in the Edo period), it’s also revealed in The Elusive Samurai chapter 20 that he derived pleasure from ordering the slaughter of the parents of Odagawara.

As a result, Tokiyuki’s rage and disgust against Shokan feels totally warranted in The Elusive Samurai chapter 20, but he’ll have to make use of a new technique to defeat him. Earlier on in the arc, it was established that Ayako and Kojiro were actually going easy on Tokiyuki in training, meaning that Fubuki’s instruction was essential. Among other things, he taught him that his weapon was ‘kindness’ and that he should ‘wield the compassion of a Bodhisattva.’

What does this actually mean? Well, The Elusive Samurai chapter 20 leaves off before Yusei Matsui can tell us, but it probably means clean and sharp strokes devoid of rage like an old school samurai.

Plus, if the rest of this chapter is anything to go by, then it’ll be worth sticking around to find out. The Elusive Samurai chapter 20 not only explores the back and forth of Tokiyuki’s battle against Shokan in a thorough fashion, but also Ayako and Kojiro’s fight against Furan, who has the kanji for Buddha on his head. Everything here is presented in an impeccable fashion, managing to balance not only white-knuckle action but also solid character development. The cast of antagonists here are almost just as compelling as the protagonists.

On a final note, the color illustration for The Elusive Samurai chapter 20 (featured as the banner image for this article) was actually crafted in collaboration with illustrator Shie Nanahara. This furthers the surprisingly collaborative creative spirit that Yusei Matsui is approaching this manga with, having previously recruited a 3D modelling company to help him with the artwork. Now that’s teamwork!

You can read The Elusive Samurai chapter 20 for free via VIZ Media.