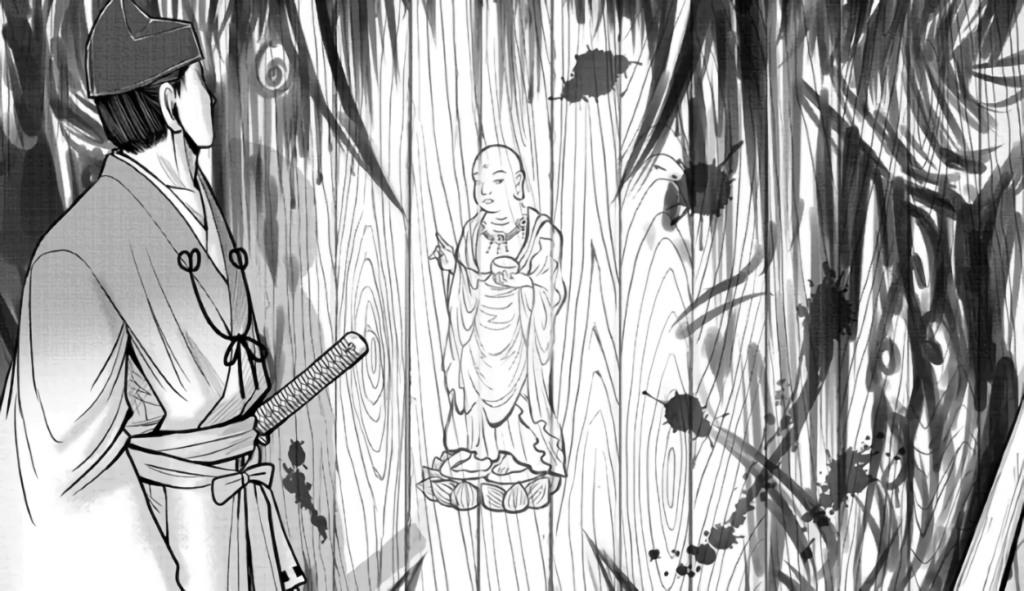 The beginning of a new week can only mean one thing: time for new Weekly Shonen Jump! This is where Jacob investigates the latest and greatest in the magazine, telling you what’s worth your time and what’s not. You can find coverage of other series under the tag Jump Time. Here’s The Elusive Samurai chapter 25.

Gods, demons, and monsters were just as much a part of life in medieval Japan as wars and samurai were, hence why it feels entirely appropriate for The Elusive Samurai chapter 25 to introduce some of these more supernatural elements.

Last week, Tokiyuki was tasked with fetching various items to help Yorishige regain his divination powers. Although this made him look like a bit of a sexual deviant, the very end saw him come face to face with a seemingly supernatural scene as Shizuku introduced him to the various ‘Divine Beasts’ that inhabit Suwa. The Elusive Samurai chapter 25 explains the basis behind these mysteries, as well as hinting at what kind of role they could play in the story to come.

For a series that has stuck so hard to historical fact so far, it seems almost unnecessary to introduce the supernatural at this point. Previous arcs such as the defense of Asada-no-Sho worked perfectly well just by relying on simple swordplay, but Yorishige explains in The Elusive Samurai chapter 25 that this is ‘the last era in which invisible powers will play a role.’ As agriculture and industry progresses, the dominion of humans grows ever larger, reducing the space in which ‘mysteries’ and the supernatural can prosper. 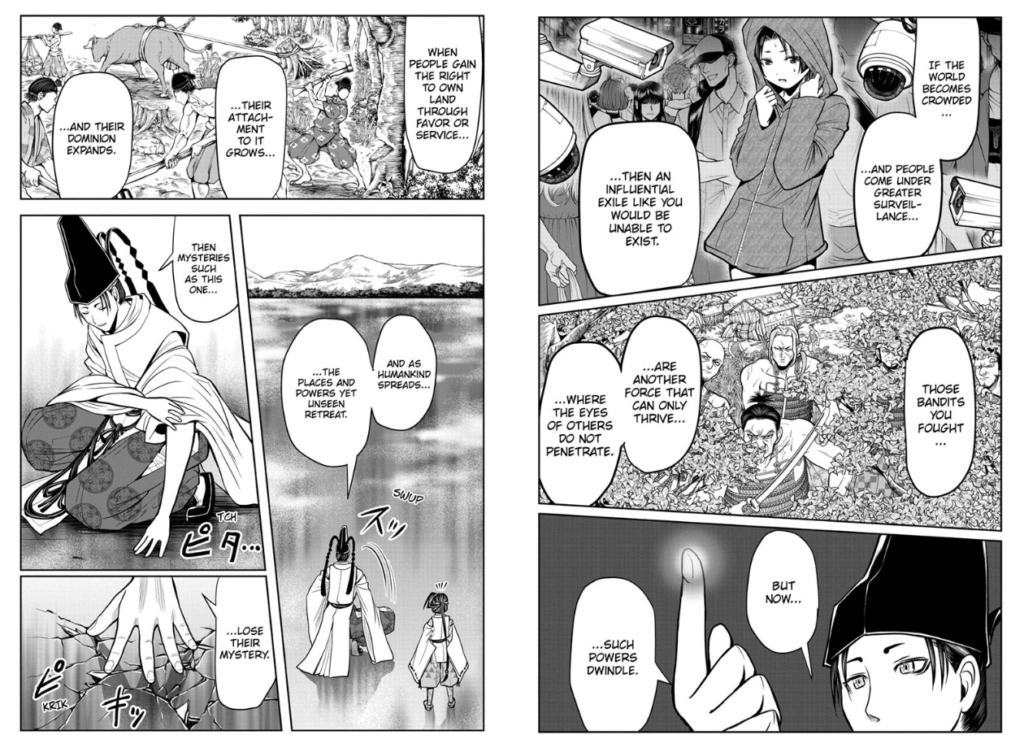 In this sense, The Elusive Samurai is developing a definition of the divine very similar to Umineko When They Cry’s conception of magic: a beautiful lie. If you can convince people to believe something fantastic, then there is real power there, such as believing that your particular place of birth is protected by a god. Yorishige has used this technique multiple times in the past as the ruler of Suwa, so there’s no reason to believe that Tokiyuki might not use it in his quest to take back his rightful throne.

Speaking of Tokiyuki’s quest, The Elusive Samurai chapter 25 also introduces us to the two brothers who stand in his way: Ashikaga Tadayoshi and Takauji. Takauji was obviously the one who staged the coup at the very beginning of the series, but Tadayoshi is a new addition. Much like the divine, no doubt he will play a large role in the story going forward.

You can read The Elusive Samurai chapter 25 for free via VIZ Media.