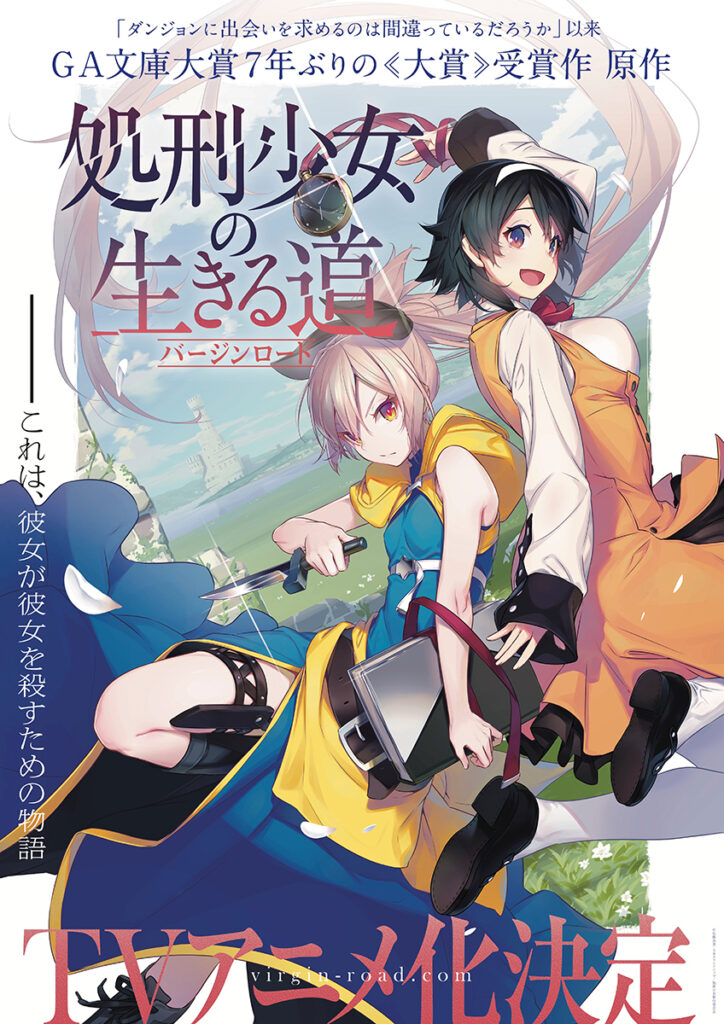 Masumi (Mato) Sato’s light novel series The Executioner and Her Way of Life (Shokei Shojo no Ikiru Michi (Virgin Road) will get an anime adaptation. Judging from the trailer and what we know so far, the series looks like it should be a good one. Certainly, the fact that the series won a GA Bunko Light Novel Award (apparently the first since Is It Wrong to Try to Pick Up Girls in a Dungeon?) is a good sign.

The story features a pair of girls, one of whom is sworn to kill the other one. Warner Bros. Japan posted a trailer to YouTube on Sunday:

If you want to see the trailer without English subtitles, you can watch it here.

The main two girls are Menou (voiced by Iori Saeki) and Akari (Moeka Kishimoto). In the fantasy world where the story takes place, Menou is a member of the Executioners, who are supposed to kill the Lost Ones. Akari is one of the Lost Ones. The Lost Ones are people with special powers who cause chaos and disasters which threaten the world. 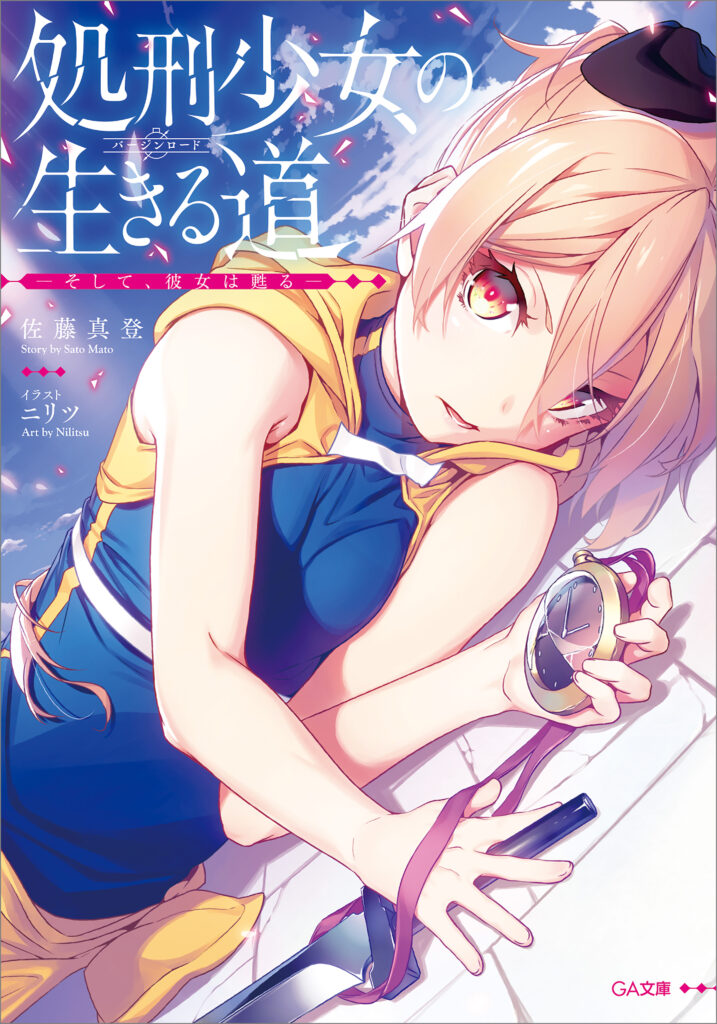 Oh, and the Lost Ones all come from a place called… Japan. Yes, The Executioner and Her Way of Life is technically an isekai series, but we won’t hold that against it. In many isekai, the hero is inevitably somebody who understands how fantasy worlds operate and is able to manipulate that knowledge; or else they have a god or goddess watching over them and providing them with abilities.

Here, we would seem to have a deconstruction of that concept. Akari isn’t aware of her special ability. The Lost Ones are not treated like heroes, but destructive threats to be killed before they can do too much harm. Menou is friendly to the new girl before she attempts to kill her: except that she can’t kill her.

Well, obviously she wouldn’t kill her in the first chapter, even if she could. The two girls will clearly have a lot of adventures together; there have been four books in the light novel series so far. And a fifth will arrive in Japan on 15 February. Yen Press picked up the series, and they will publish the first one in English in March.

We don’t have an air date for the anime series yet, but you can check out the official website for more info.