A couple of days ago, I wrote an article about a new “burger” coming to Burger King in Japan called “The Fake Burger.” When they announced the burger, the poster showed the burger however the contents of the burger had a mosaic over it and you really couldn’t guess what it consisted of. Me being the Sherlock Holmes that I am thought that it was going to be a new version of the egg burger which is quite popular in Japan. Boy, was I wrong. I was so wrong.

After picking up my iPhone 12 Pro from the Shibuya Apple Store, I made my way over to Center Gai in Shibuya as I promised I would do, and walked in front of the Burger King location there and proceeded to have my jaw hit the ground. They had a huge poster advertising “The Fake Burger” and I no longer felt like Sherlock Holmes. Because what was in front of me was not an egg burger, not at all. It was a burger that consisted of french fries and meat sauce with a dollop of mayonnaise. The only meat in the “burger” is the meat that is in the meat sauce. Now meat sauce on burgers is nothing new out here, it’s Mos Burger’s claim to fame, Wendy’s also has a variant of this as well, but Burger King combining it with french fries was something new, it seemed fresh. 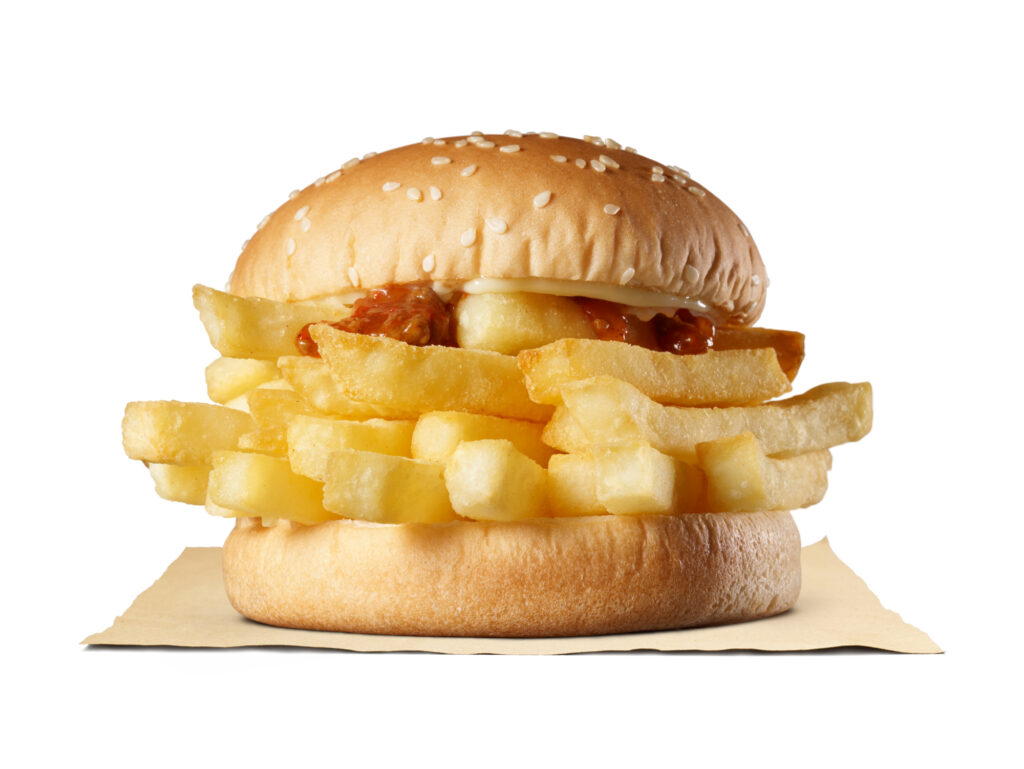 The Fake Burger is available for a limited time from October 23rd until November 5th, so if you’re in Japan and want to give it a try for yourself, you better make it over to Burger King before it’s too late!