Cool Kids on the Block: The Fashion of NEIGHBORHOOD 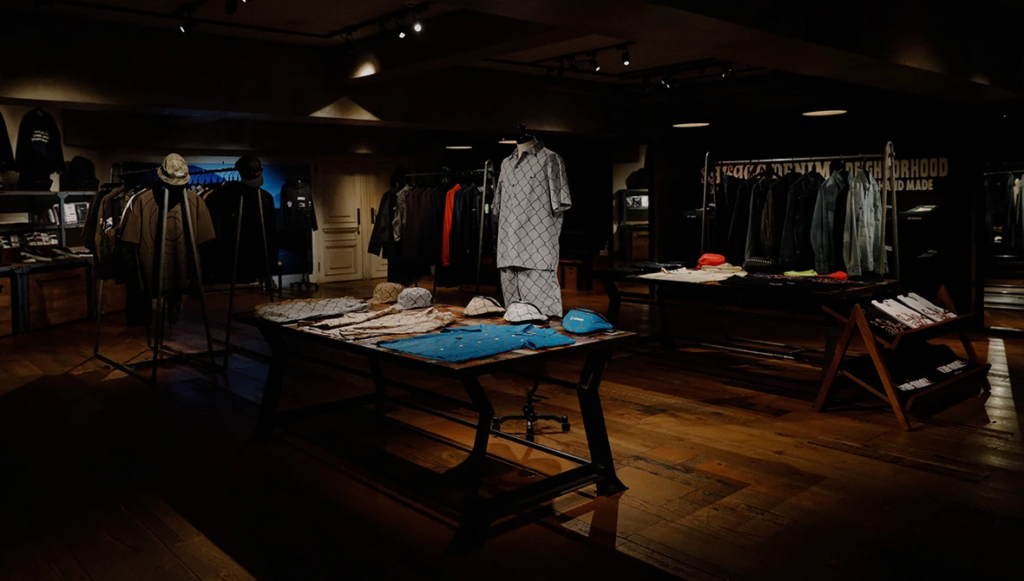 With Tokyo based streetwear brand NEIGHBORHOOD’s 2019 collaboration with sneaker giant, Converse, the widely known truth has continued to become even more unavoidable: NEIGHBORHOOD is cool.

Maybe it’s because of the brand’s roots in Japanese Motorcycle subculture; or perhaps its creator Shinsuke Takizawa’s appreciation for punk-rock and American counter-culture. Either way, NEIGHBORHOOD is a brand that’s definitely worth knowing about, so let’s go!

Though Shinsuke Takizawa started NEIGHBORHOOD in 1994, becoming a key part of the Harajuku based “Ura-Hara”—an area of small backstreets in the Harajuku fashion district where a number of iconic brands first launched—movement, he was actually born in Nagano prefecture. At age 18, Takizawa moved to Tokyo only to find himself in London by the time he turned 19 where he was more formally introduced to New Wave music.

Though as a child Takizawa might have had preferences when it came to clothing, it wouldn’t be until his teen years that he began to have an appreciation for style, particularly that of London Street Style from the 70’s, an influence shared by the Harajuku style of the early 80’s.

The prevalence of New Wave and Punk styles and music fit in well with young Takizawa’s anti-establishment attitude—at 16 he had a hardcore punk band—and his musical tastes would go on to impact his career and NEIGHBORHOOD as a brand itself.

On a trip to London with friends at the age of 19, Takizawa ended up meeting the music producers Nellee Hooper and Milo Johnson of music collective The Wild Bunch. Diving into the music scene of London in the late 80’s exposed Takizawa to the sort of eclectic style that incorporated a sense of personalization and individualism, something that would root itself in an important concept behind the NEIGHBORHOOD brand: that every piece has a story.

When he returned to Tokyo, Takizawa started performing sets as a DJ and working as a stylist, eventually landing a gig with a record label called Major Force. For this job, Takizawa would go on to tour with Public Enemy when they toured Japan.

This job would also give him his first experience with project design for some of the label’s merchandise, allowing him to learn about apparel design and business management. Skills he would compound with his studies at a fashion design school, before leaving the program four months in. 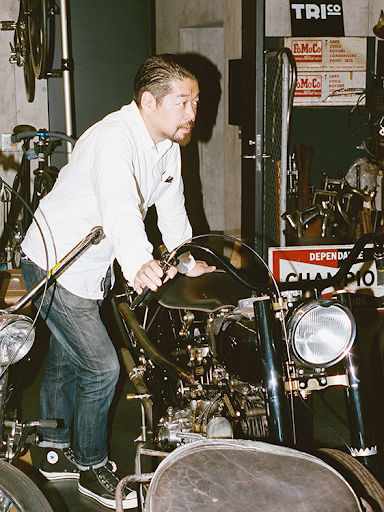 By 1994, he and some motorcycle riding friends would start NEIGHBORHOOD in an attempt to express a personal style that would break the mold of the black t-shirts and leather pants that characterized “motorcycle style” at the time. Inspired by the idea that the Harajuku area of Tokyo was their “neighborhood,” NEIGHBORHOOD the brand was born.

Starting off with T-shirts and denim jackets, NEIGHBORHOOD began to develop an approach to distressing their pieces in order to achieve a more vintage aesthetic. At the time, distressing wasn’t as standard a design practice as it would eventually become.

As their process continued to advance, they began to produce jeans as well, eventually becoming the brand’s first collection series: SAVAGE DENIM.

In the years since its founding, NEIGHBORHOOD has moved from a biker-counter culture focused aesthetic to shifting through a variety of cultural influences. A profile of the brand from Highsnobriety notes that NEIGHBORHOOD’s collections from 2010 were more interested in  “exploring particular cultural moments like the 1969 Altamont Music Festival or Hunter S. Thompson’s Fear and Loathing in Las Vegas” than adhering to their original rock and roll aesthetic.

As the brand continued to garner attention, both local and international, Takizawa took the core principle of collaboration inherent to most of the central brands from the “Uru-Hara” movement, and continued to apply that on a larger scale.

While in their early days Harajuku based brands such as NEIGHBORHOOD, UNDERCOVER, WTAPS, BAPE, and others would share resources and support amongst themselves, with each respective brands establishing themselves as international successes, it made sense to start working with Western brands that aligned with their their aesthetics.

From iconic shoe brand CONVERSE to camping furniture company HELINOX and everything in between, NEIGHBORHOOD has managed to expand their offerings greatly. With planters, candles, incense diffusers, outdoor gear, and more available alongside their trendsetting street fashion, NEIGHBORHOOD continues to bring a fresh and personalized aesthetic, combining the eclectic influences that made them the coolest of the cool dating all the way back to their motorcycle riding, rock star roots.