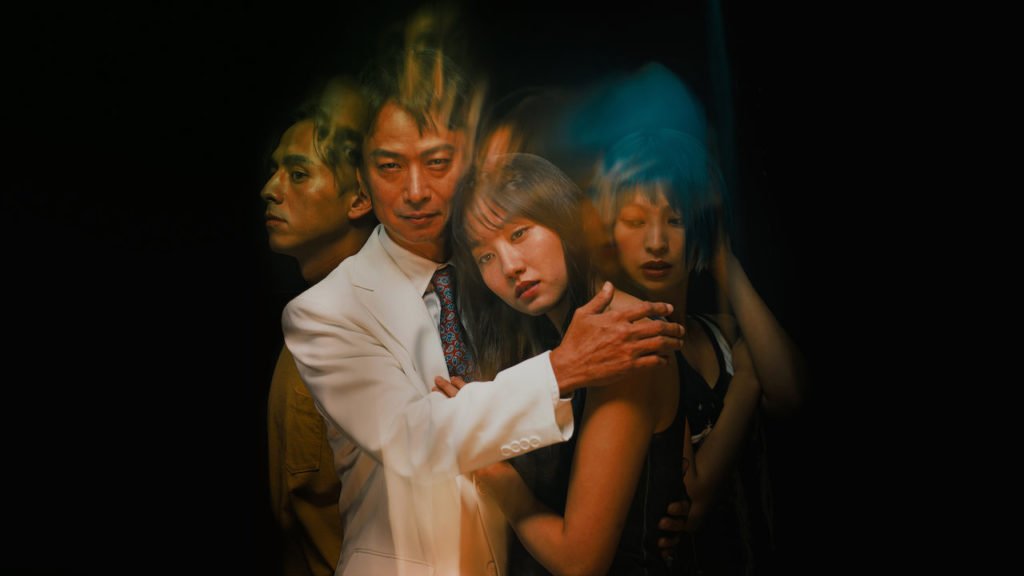 Having worked on a web series for Amazon in 2017 known as Tokyo Vampire Hotel, released over 15 movies this decade so far and having suffered a heart attack back in February this year, it would be understandable if someone were to take a break at this point to look after their health. Sion Sono, on the other hand, chose this moment in his career to look back on his work to date so far, the audience he has built and the content he has made through the development of another new film. He wanted the freedom to examine the medium of film itself, his own work and the responsibilities he has in portraying the extreme subject matters he often chooses to explore. The result? The Forest of Love, a Sion Sono-helmed project which the auteur wrote, directed and edited himself, created exclusively for Netflix and released last week on the service for subscribers worldwide, even if, like The Naked Director before it, its international promotion has been somewhat lacking. Which is a shame, since this is almost certainly the most fascinating film of 2019 for both fans and non-fans of the director alike.

With a prolific and long career making everything from ravenously-praised art projects within film circles to more standard works aimed at mainstream audiences, a chance to reflect on the fruits of his labor in the way this film does with its theming was definitely a conscious decision by the world-famous director. Just like Alfonso Cuaron’s Roma before it, the endless pockets of Netflix became an opportunity for Sono to reflect on his career through a new film that brought such ideas into perspective through a passion project that would never be made anywhere else. 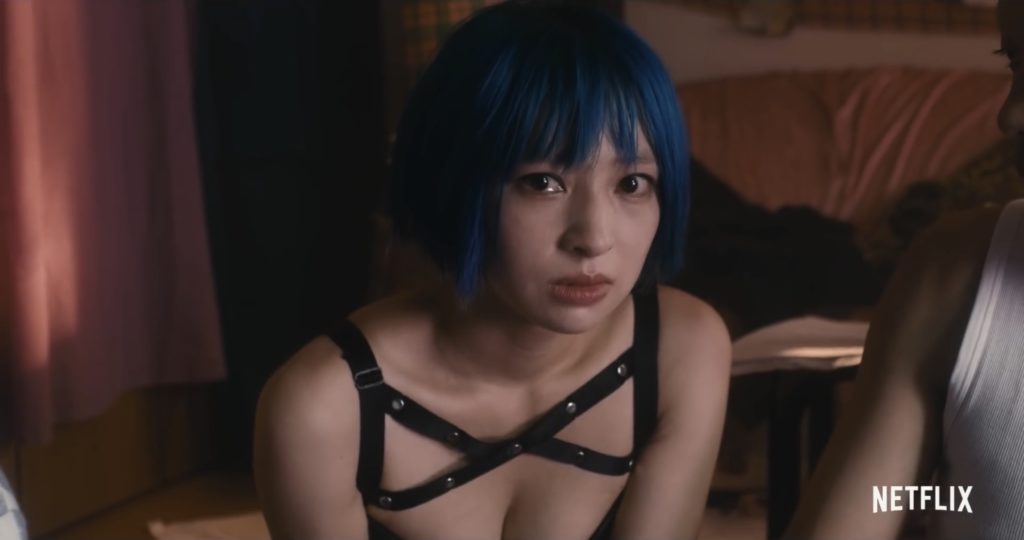 It’s difficult to know where to start when it comes to talking about this movie. Based loosely around true events, this hyper-sexual, hyper-violent psychological thriller feels right at home alongside many of the director’s previous works like Love Exposure and Antiporno. The story centres around the attempts of a small group of three filmmakers, Shin, Jay and Fukami, a highly suspicious man called Joe Murata, introduced at the beginning of the film talking to a waiter about the experience of murder, as well as two girls in their 20s called Mitsuko and Taeko, both of whom went to school together at an all-girls high school. A production of Romeo and Juliet awakens feelings of love and longing from both of them for their classmate portraying Romeo, with both of their lives taking very different turns following the death of Romeo and their friends that haunt their memories all these years later. The 150-minute runtime of this film explores the minds of these characters, telling a disjointed-yet easy to follow story that’s unpredictable while also being impossible to look away from.

Sono’s exploration of humanity throughout his career has involved exploring ideas by exaggerating everything surrounding them until the idea being explored is the only one untouched by his eccentric touch. With The Forest of Love being introspective on Sion Sono’s career which already includes films that revel in their excess, this excess becomes a standard pace for the entire length of this film’s run. While this film tackles issues of grief at the death of friends and those we love, the horrors of abuse and the ways in which we as a society react to such horrors, the film at its core wants to discuss the ways in which society handles discussion of such ideas, and the need to be responsible while doing so. This discussion also doesn’t absolve Sono and his own failures in this regard here, with many of the issues discussed here being ones his biggest films have tackled, for better and for worse. From a director whose filmography revels in the extreme, this film revels in the dirt, the dark, the hopeless, the cruel, the tragedy of humanity at its darkest to enhance its thematic points.

This is a movie not for the faint of heart, as Sono dives willingly into portraying the horrors of humanity as much as it warns against it. This isn’t necessarily a negative aspect of Sono’s work historically, where films such as Antiporno have deconstructed the pink film into a feminist critique of the genre and Japanese society in spite and because of its liberal use of female nudity and sexual imagery. Scenes of the characters in pain in this film are likewise not for our enjoyment or placed in the film to shock us, instead creating some of the vilest characters that Sono has ever placed behind the camera while still succeeding in making them compelling in equal measure. Their actions are horrific, yet they are the reason why it’s impossible to draw our eyes away from the action on screen. It’s why you can see how their minds justify their actions in just as many ways as their actions are framed as reprehensible, especially the actions of Murata after he jostles his way into the filmmaking spotlight, the performance by actor Kippei Shiina a standout as he embodies a character both charismatic and terrifying in equal measure. 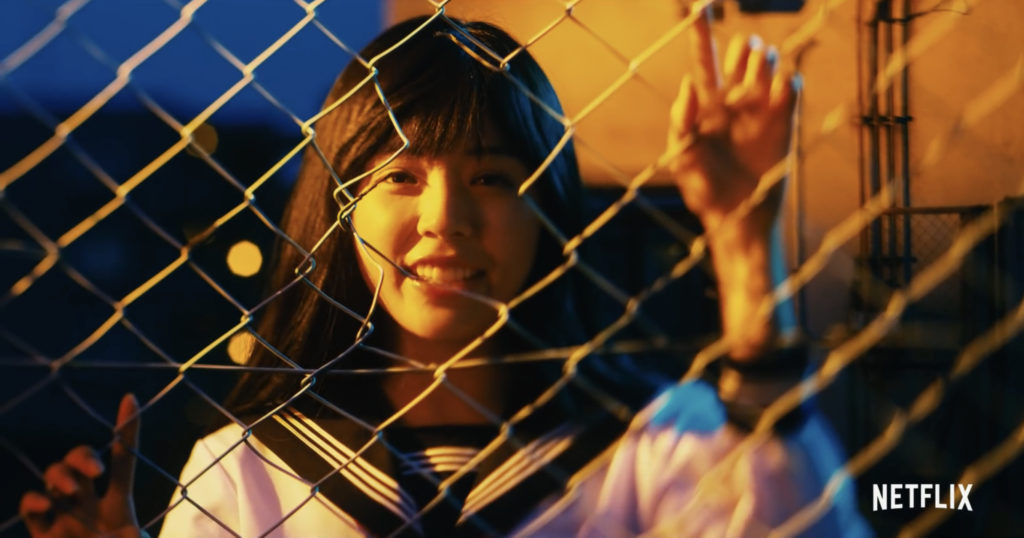 Murata, a clever yet calculated director with an almost sadistic filmmaking style that demands the limit of the actors’ abilities, can in many ways be seen as an exaggerated stand-in for Sono through which much of the critique is handled. While not a mirror of the man himself, the way Murata demands insane expectations of his collaborators and stars, often requiring that his actors conduct their roles in ways no other director would even dream of doing in order to achieve the unique tone and atmosphere of many of his works, can be seen as a representation as well as critique of his own directorial style. Sono’s style is far from subtle, and Murata’s demands to embrace every moment within the film and put their emotions into every line, even as the line between reality and film blur and the requests become more insane, is reminiscent as he demands his fellow filmmakers push against boundaries and go beyond such limitations.

Without a film committee and with a blank cheque to make whatever he wants, this is Sion Sono at his least restrained. This ends up working to the film’s benefit in a lot of ways, as you can feel his handiwork in every scene, coaxing the actors, building a scene through the costumes, color grading and more. Yet it doesn’t entirely work out. At times it can feel unfocused, even if it is riveting and fascinating in equal measure throughout. At the very least, it feels like an uninterrupted vision from a masterful director, which can feel unfortunately absent with many other Netflix film and TV projects, often stuck in an artificial internet hype through relatable brand content after countless focus tests. This feels refreshing precisely because it feels like the exact opposite of the focus-tested poor-quality content often found under the label of a Netflix Original Film. 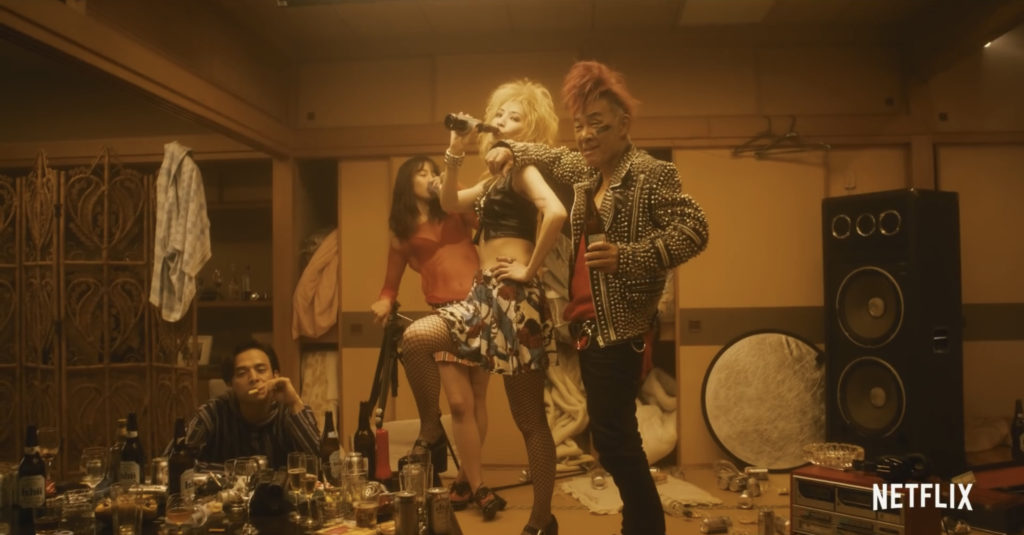 There’s a fearlessness on display through every moment of the 150-minute runtime of this film. Many of the moments are gruesome, shocking, yet unique because few directors would dare deliver anything with the gravitas of The Forest of Love. The destructive potential of art and humanity is on full display in a piece that, despite its length and the fact it probably ends up being a little too long for its own good, delivers the most captivating piece of cinema I’ve encountered in recent memory. This is a must-watch for everyone, no matter your familiarity with the director or Japanese cinema more broadly. Though there is more to extract from the film for Sono diehards as he dissects elements of his other works through this new tale, it’s a film that’s captivating and has a lot to say to all audiences that makes it essential viewing.

The Forest of Love is now streaming exclusively on Netflix.