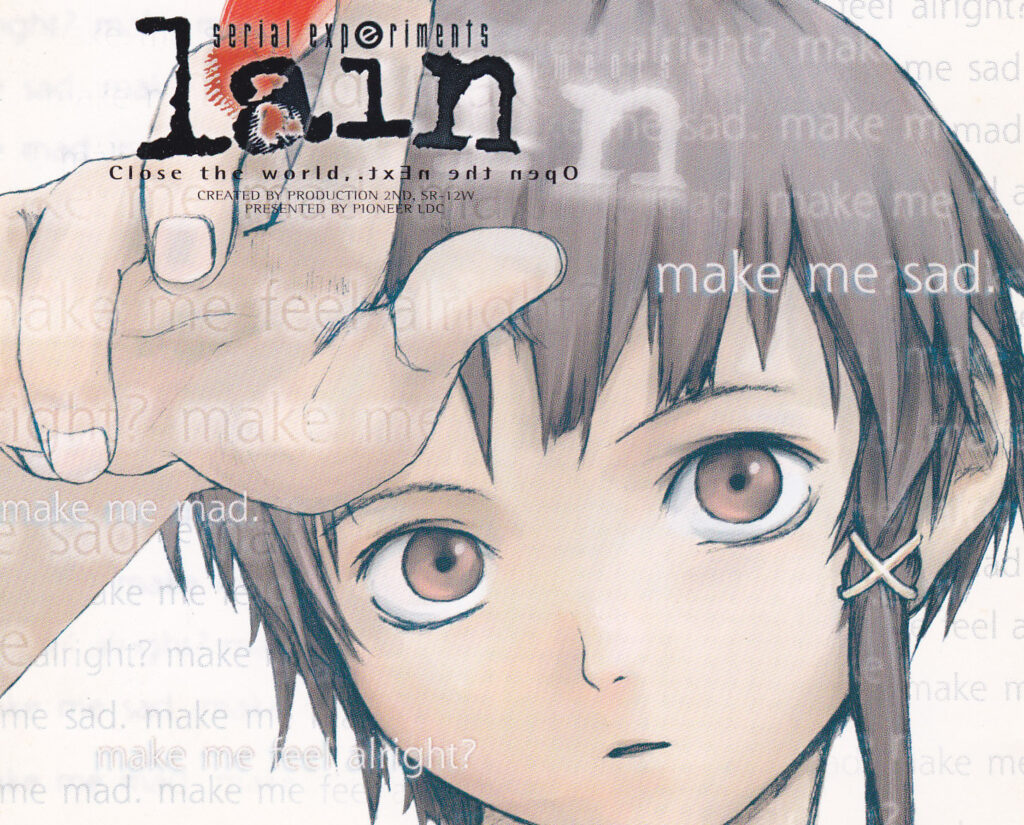 It’s sometimes interesting to note how time can often change our understanding of certain cultural touchstones. For Serial Experiments Lain, time has lifted the anime to cult classic status within the medium that’s still remembered through pop-up shops, online Club Cyberia music broadcasts and more. Yet the other elements of what was once a Serial Experiments Lain multimedia project featuring a one-shot manga, a PS1 game, and music have been forgotten to the sands of time.

Meanwhile, the content of the show, which at the time could be interpreted as a warning against the growing digital intrusion in our lives, feels more like a prophecy and a way to re-examine our fraught relationship with the internet and the way it influences our lives today.

The fact that these broader aspects of the multimedia project have been overlooked is unsurprising, considering the manga was short and Japan-only and the Serial Experiments Lain PS1 game sold low numbers upon its release, making it a rare commodity today.

And yet this is somewhat of a disappointing outcome, since this game does a great job in expanding upon Lain as a character and the ideas of the show, as it tackles mental health, our reliance on external coping mechanisms, and where we root our sense of self in the age of computers.

It’s an interesting play, even if the game has more than its fair share of problems.

Entering the Wired, and Lain’s Past 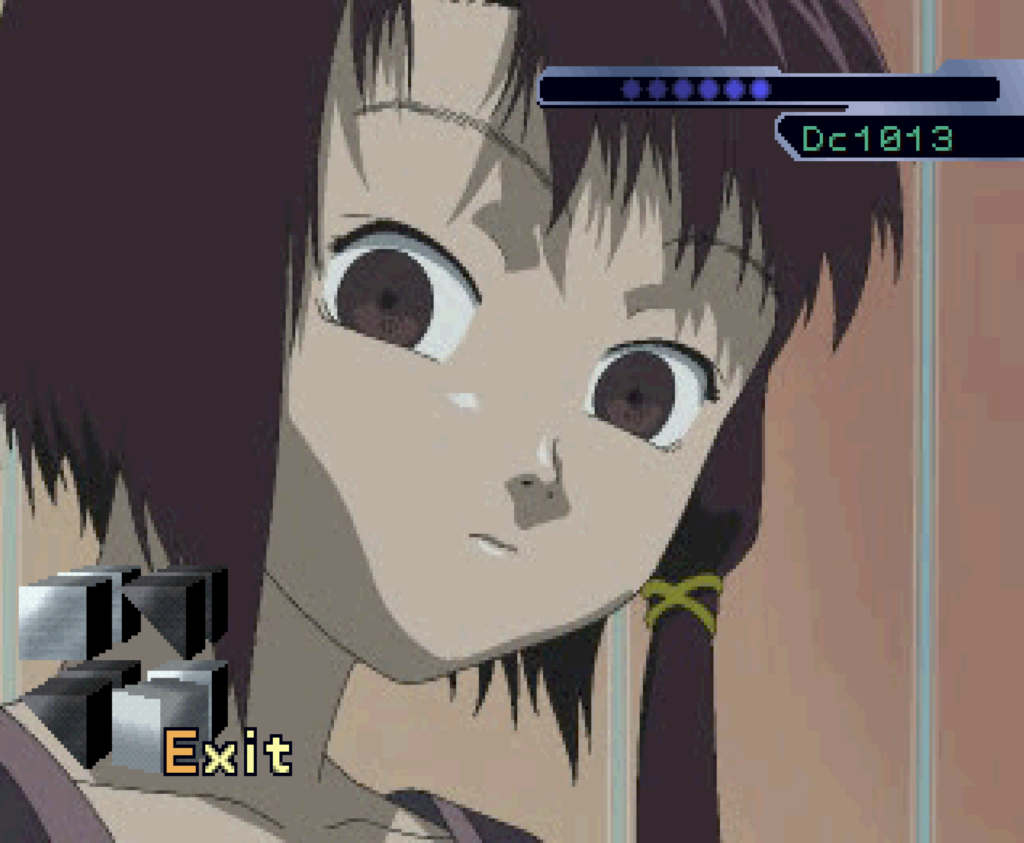 For those who have seen the anime, the core component of the series is the intersections between the real world and the online world, and how our personalities are split between the internal and external self, personified through these two versions of Lain that exist in these realities. Further tossed into the mix is how technology intersects with our lives and how the influence of technology can change our relationship with the world around us.

The show depicts the battle between the internal and external through the lens of technology by showing Lain slowly disregard the real world for greater immersion into Wired (a sort of immersive internet), where she is heralded as a myth and a god. The show is weaponizing techno-futurism and philosophical discussions to explore the essence of how humans connect with one another and how technology plays a rapidly changing role in this fundamental aspect of humanity.

The Serial Experiments Lain game for the PS1, released a few months after the anime finished on Japanese TV on 26 November 1998, acts as somewhat of a prequel to the events of the anime by exploring a younger Lain. While the anime is about exploring how humans connect and interact with one another, and what role the internet and technology has to play in that discussion, the game takes the opposite approach: it gives further backstory on who Lain was when she was younger. 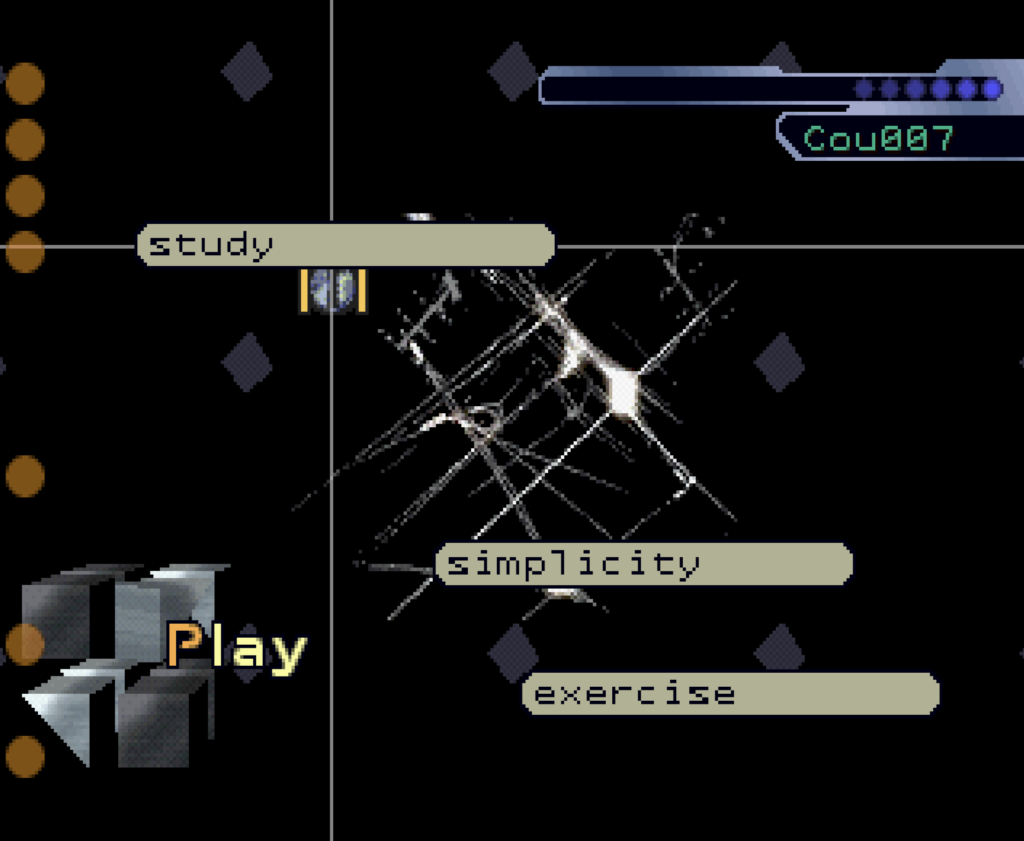 To call Serial Experiments Lain on PS1 a game is perhaps overselling the experience somewhat, since the reality of this ‘network simulator’ is that of a non-linear visual novel and interactive file manager. The player is placed in control of Lain’s PC as we explore the files she has saved on her computer, from recordings of meetings with her therapist and diary entries to clips from Lain’s life. We see how her social isolation both at home and at school sends her into a depressive spiral and how technology is for her a means of escape. Rather than simply following these clips in order, however, we view these diary entries and audio and video clips in fragments. We browse and slowly piece together who Lain is supposed to be.

We aren’t meant to view these clips and diary entries as part of a linear story in the same way the anime uses non-linearity to further push the core themes of the series: as described in an interview with series creator Chiaki J Konaka in Animerica in 1999, by interacting with these fragments ‘users can actually feel the Lain who exists inside the web’. While making for a difficult-to-follow story in the traditional sense, each of these comments can be replayed and are attached with tags that, when viewed together, form a cohesive idea on the topic in question, whether that be individuality, study, or something more.

This approach to storytelling is what helps the Serial Experiments Lain PS1 game act as a perfect compliment to the story of the anime. Not only does it expand on how Lain became invested in the Wired, as her suspicions on the people around her lead her to dissociate and seek a place to root herself in, but this story is being told entirely from her perspective. Each file on this computer forms a piece of Lain’s gradual journey of self-reckoning, while also acting as a way for her to seal away these negative childhood memories. She seeks to deconstruct the self in order to create a new Lain she can rely and coexist with. 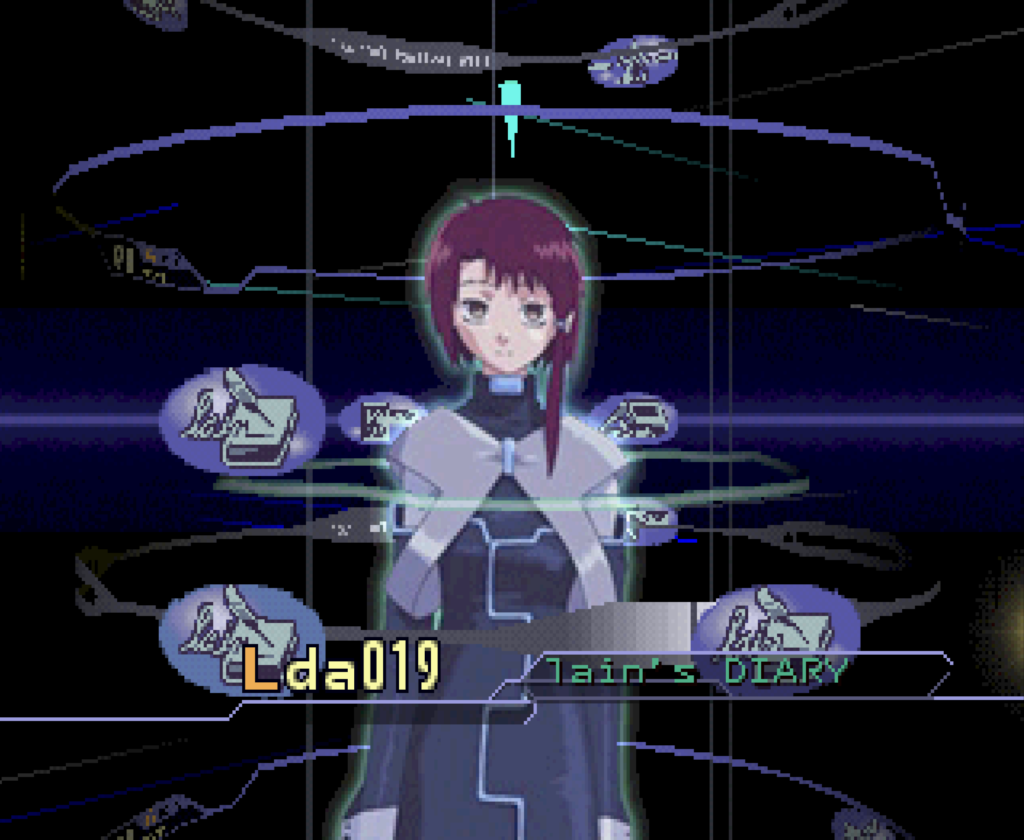 This is where the game’s portrayal of self-harm and the traumatic events witnessed by this young Lain come into play. Her inability to understand and find acceptance in her world sends her into a destructive spiral that ties to the origins of her Wired persona. In that sense, it’s a shield.

In this interpretation, Lain is an unreliable narrator, driven by her scared and confused emotions that come from growing up in a household and world she is unable to understand and interact with. This is only further supported by how we interact with the computer, with the support and reactions of the Wired Lain to go alongside it.

All that being said, no matter how interesting an experiment the Serial Experiments Lain PS1 game is, the experience of interacting with this story is what lets it down. Scrolling through menus on a Playstation controller is slow and clunky, adding undue delay and tedium that pulls you out of the story being told. Especially when you start flicking through multiple layers to view story elements in cluster later on, the lack of mouse controls due to the console’s limitations make the smooth operation of the Wired OS an impossibility. It is detrimental to the experience to the point that it’s difficult to recommend it, even before we discuss the difficulty in sourcing a copy of the game because of its scarcity.

There is a fanmade webgl ‘remake’ that recreates the interface through a web browser, complete with an English translation, but without the nuances for many of the entries, some translation issues, and without the virtual Lain, it, too, is far from an ideal experience (EDIT (29 March 2021): since this article was published, a full fan recreation of the game for web browsers has been released, and while it retains the clunkiness of the original PS1 release, this is also the easiest way of playing the game in English as originally intended. You can read our article on this effort here).

Time has a way of changing our view on things, and in the case of Serial Experiments Lain, it has erased the PS1 title from the memory of all but the series’ most dedicated fans. Which is a shame as, despite its flaws, what it brings to the franchise is undeniable: Even with a clunky interface, it may be worth working through an aging interface to experience this very modern 1998 story. Just like the anime, it remains as relevant as it did 23 years ago.