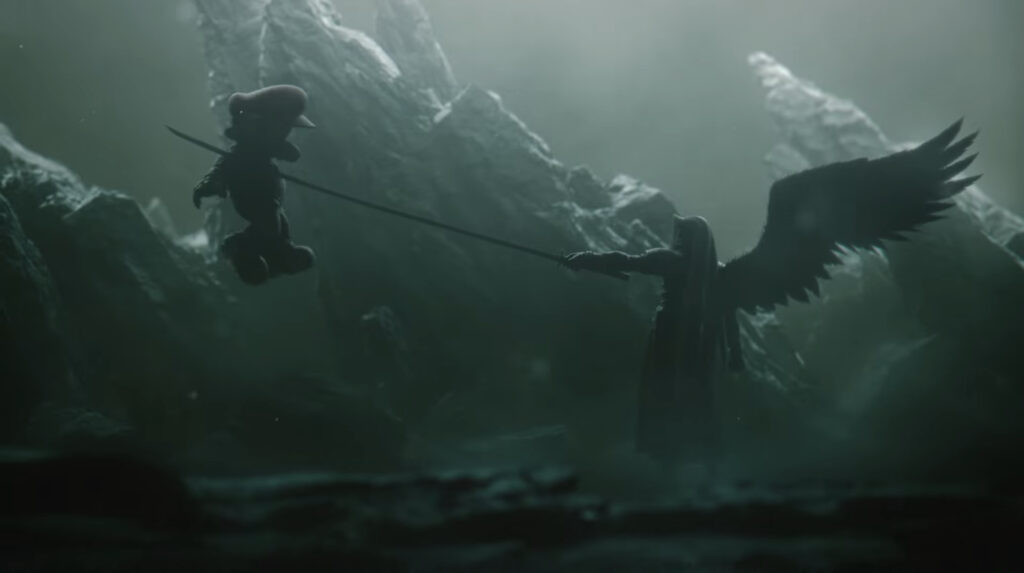 The Game Awards 2020 bring with it a number of awards that celebrate games from the past 12 months, and many trailers for upcoming releases to get excited about in the future. To an extent, new announcements are the main appeal of the awards show for many, while developers put equal importance in the large audience that tune into the event to save their biggest announcements for the show. For example, last year’s show brought announcements like Joker for Smash, and Bravely Default II.

This year, the awards show featured a surprise revival of a classic Capcom franchise joined by new trailers for highly anticipated Japanese games. We have a full roundup of award winners and Japanese game announcements below!

Before going into the games, a brief recognition on what is, supposedly, the main point of the show: the awards. A number of Japanese titles were up for awards in various categories all the way up to and including best game. Many were able to pick up prizes in their respective categories, too. The first award of the night was given out in the pre-show for best original score, with Final Fantasy VII Remake beating out tough competition from the wonderful music created for Hades and Ori and the Will of the Wisps. Animal Crossing: New Horizons unsurprisingly picked up the family game award as well, but missed out in multiplayer to Among Us.

In the main show, there were few surprises in the winners for their respective categories, and Japanese games mostly missed out on many of the top prizes. Many of the awards, including a deserved award for accessibility and the ultimate game of the year award, went to The Last of Us Part II, which also beat out 13 Sentinals: Aegis Rim and Final Fantasy VII Remake for best narrative. Still, Final Fantasy did win an award for best role playing game, while FromSoftware’s Elden Ring was chosen as the most anticipated game.

As for the games, what have we got going here? Well, first up, announced in The Game Awards 2020 pre-show, a brand new gameplay trailer for NieR: Replicant was unveiled. Prior to this, the only gameplay we’d seen for the remake of the 2010 title was a brief clip showcased using the game’s debug mode during the special Tokyo Game Show Online 2020 event for the NieR franchise.

This brief trailer showcases battles in the Northern Plains, the desert near Facade, the Aerie and the abandoned gameplay, alongside the Hansel and Gretal boss fight. Gameplay looks far faster than the original title, but retains an interesting blend between the original’s magic-infused gameplay and the speed of Automata. NieR Replicant will release worldwide on 23 April.

Another major announcement previewed ahead of time was news that a brand new fighter for Super Smash Bros Ultimate would be revealed during The Game Awards 2020. This announcement actually kicked off the main show itself, and it was another big 3rd-party character coming to the franchise for the very first time: Sephiroth! Accompanied by a stunning new rendition of One Winged Angel.

Following on from the inclusion of Cloud in Super Smash Bros, Sephiroth will be a playable fighter for the first time. The reveal trailer takes us back to the World of Light story reveal, this time interrupted by Sephiroth who goes on to overpower all the other Nintendo characters. He even stabs Mario! Sort of (don’t worry, he’s fine). His fighting style takes advantage of his long blade, and more information will be released on 17 December in one of Masahiro Sakurai’s trademark character deep dives, similar to the ones done for characters like Min Min.

I just want to know what Kirby’s Sephiroth form looks like.

Ghosts ‘N Goblins is also making a comeback! The original game is being reimagined in a new 2D art style that brings back the title to new audiences for the first time in years. The series has been long overdue a comeback, and Ghosts ‘N Goblins Resurrection comes to Nintendo Switch on 25 February.

And that wasn’t even the only Ghosts ‘N Goblins announcement at The Game Awards 2020. Also coming to Nintendo Switch in February is Capcom Arcade Stadium. Similar to the Namcot Collection releases in Japan (and the international Namco Museum Archives), Capcom are releasing their own collection of retro releases, with Ghosts ‘N Goblins being one of 32 titles available in the collection. The game will start off as a free download, including 1943 – The Battle of Midway for free to all players, with additional titles available on a game-by-game basis for an additional charge.

Sticking with Capcom, the company revealed a new trailer for Monster Hunter: Rise. This introduces the concept of The Rampage, which supposedly destroyed the village once before when a pack of monsters attacked the village all at once. The rest of the trailer showcased new areas, new monsters and co-operative party battles, with another massive boss monster shown off at the very end of the trailer. While light on specifics, the trailer showcases classic Monster Hunter gameplay that’s hooked people the world over since the release of Monster Hunter: World. An extended trailer was later uploaded by Nintendo, with the game set to release on Nintendo Switch on 26 March. A special demo will also be released in January.

The Game Awards 2020 also provided us with another look at Scarlet Nexus, the highly anticipated anime-inspired action title from Bandai Namco coming to Xbox and PlayStation consoles, as well as PC. This new trailer mostly centers on the action gameplay as the story takes a back seat, but that’s not a bad thing! Gameplay looks fun and fast-paced, and this trailer shows that off against larger enemies. For the first time, a timeframe for the game’s release has also been revealed, with Scarlet Nexus now targeting a Summer 2021 release.

The final Japanese game announcement at the event may not have been a new title, but is still a welcome announcement nonetheless. Game Pass has proven incredible value to subscribers by including a number of new and older titles for Xbox owners and those on PC for a set monthly price. At the moment, Yakuza 0 as well as Kiwami 1 and 2 are available on Game Pass, but 3-6 are not available on Xbox in any form. This is set to change, as Yakuza 3-5 Remastered, alongside Yakuza 6, are all coming to Xbox and will be included with Game Pass on launch.

We’re excited to announce that the entire mainline Kiryu Yakuza saga will soon be available on Xbox Game Pass, Windows 10, and Steam!

The Game Awards 2020 was filled with strong announcements and deserving award winners in all categories. With the interjection of special musical performances, including a pre-show performance of music from Persona 5 and a Mario medley performed by the London Philharmonic Orchestra, it was an enjoyable event all round for those that chose to watch it live.