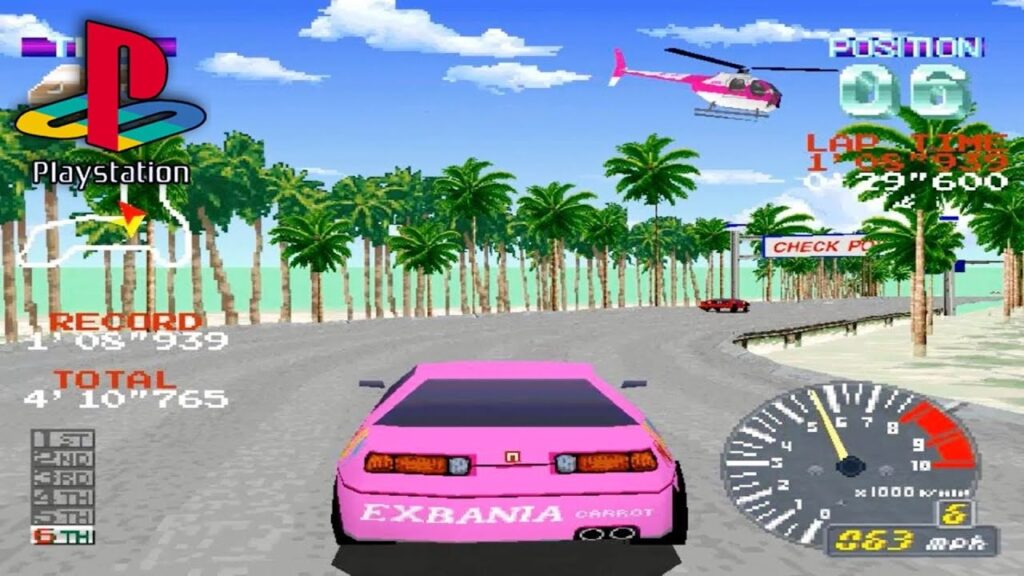 Ridge Racer is a racing game series that was developed originally for arcade systems, then eventually home game consoles, by Bandai Namco Entertainment. The first game was released in 1993 and was brought into arcades for the Namco System 22 and was later integrated for the Playstation.

There were many different spin-offs and renditions across multiple platforms. The latest one was for iOA and was titled Ridge Racer Draw & Drift (2016). The basic game structure involved the player racing against computer controlled cars to finish. A main component that is utilized in racing based on the skill of the player is drifting to keep speed while making turns.

This gaming franchise is essentially a successor to Sim Drive (1992) which was also a racing game with a limited run in Japanese arcades. It was initially planned to be an F-1 racing game but evolved to mountain roads which was popular at the time.

The version for Playstation was a launch title for the console and turned out to be a great success for Namco, which led them to organize and play for sequels for different platforms. In 2005 they merged with Bandia and the series transitioned into being exclusive not to arcades but to consoles and eventually mobile devices.

Many games in the series received wide recognition and popularity for many elements including graphics, musical score and gameplay. However, later games such as Ridge Racer Vita (2011) were criticized for diverting away from original content and is considered one of the worst video games! As a whole, the series was pivotal and a pioneer for the racing gaming genre, especially since it’s sold over 5 million copies all across the world.

Throughout all the games that have been released, the essential elements of playing have stayed consistent through each release. The objective being racing the computer and maneuvering each track to be first. You start in last place and complete a certain amount of laps around the track and try to beat opponents.

Some version there is a time limit you are racing against and every completed lap adding time to the timer. Once it reaches zero though, it is game over! Other later versions remove the timer element and add in finishing at a designated place in order to advance to the next race.

Most other racing games at the time were closed circuit races, but Ridge Racer’s series included races that were in many different environments like beaches, mountains, streets and fictional places. However, nearly every new release still has original tracks from Ridge Racer and Ridge Racer 2.

Many of the tracks were also inspired by real world locations. Ridge Racer Unbounded (2012) doesn’t include the drifting effect, so there can be more vehicle combat. In addition, every vehicle has its own mechanics and stats such as speed and weight.

In the sequel that was released with Playstation, R4: Ridge Racer Type 4 brings a new concept of team racing to the series and also brings in several classic Namco arcade games as minigames players can play while screen loads. Completing and winning these new minigames allows the player to earn new tracks, cars or versions of the game to play. 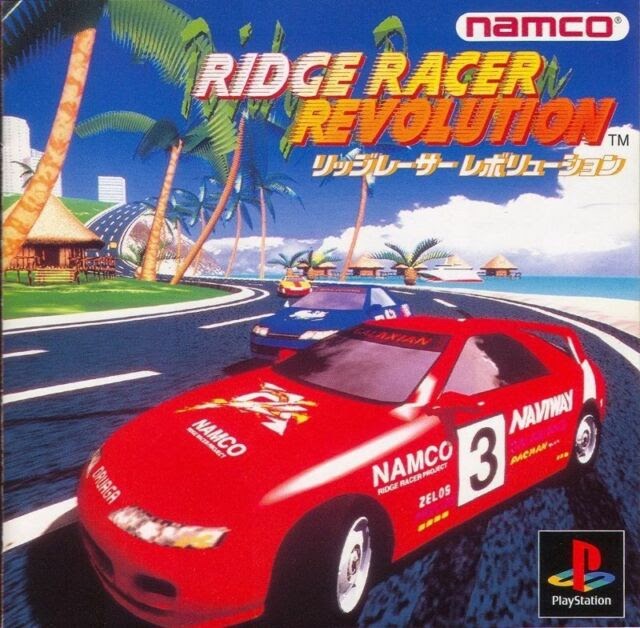 The original format of Ridge Rider was popular and critics praised its 3D graphics, audio and the drifting mechanics. It also had recognition for being a top best seller for the Playstation in the console’s early beginning. The following sequels were also very successful, especially Ridge Rider Type 4, which has been said to be the best out of all of them. Ridge Racer V didn’t do as well but it’s counterpart for the PSP had a lot of acclaim.

The unofficial mascot, Reiko Nagase, has appeared in most games since 1995 and is rated as the one of the most recognized female video game characters. The series was listed at number 11 on a ‘Top 50 Games of All Time’ list that was released by Next Generation in 1999.

It was a pivotal game that shaped the brand and audience for Playstation. The 2006 Ridge Racer 7 is said to be the peak of all the games before a fast decline in the following years. It was a high-speed circuit racing format, but this specific game had a lot of negative reviews.

The Ridge Racing series and franchise built a framework for all the racing game series that followed. They pioneered in a new way to play and come up with new inventive racing strategies and elements as the technologies advanced. To this day, their top games can still be enjoyed by gamers of all levels!