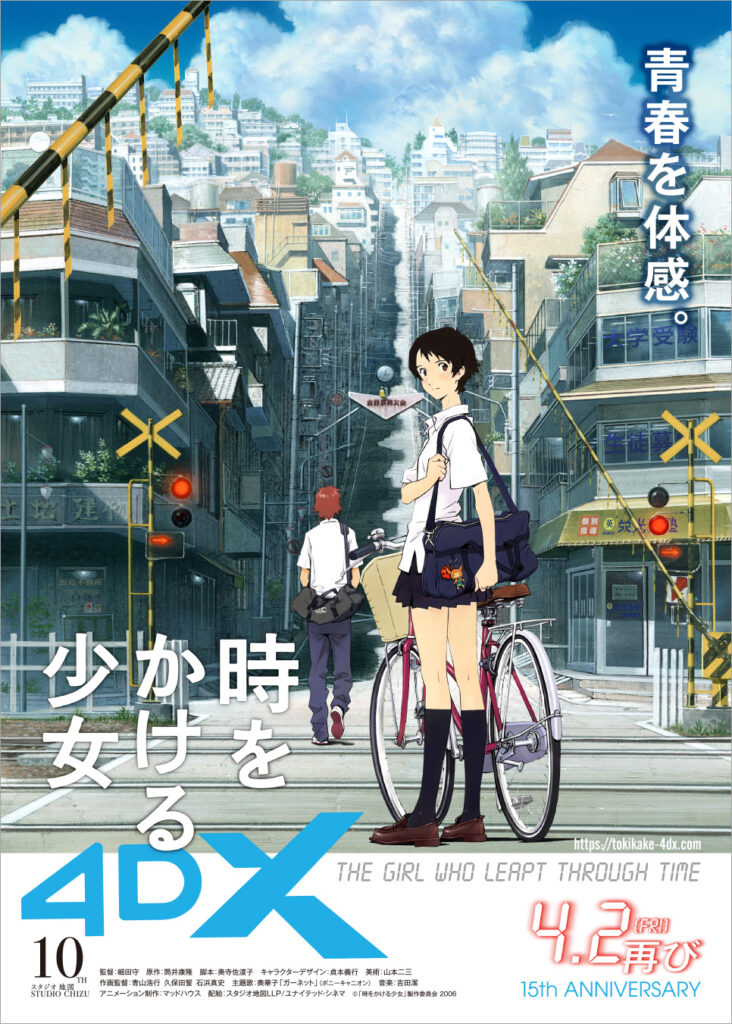 Mamoru Hosoda’s time-traveling anime movie The Girl Who Leapt Through Time will get 4DX format screenings starting on 2 April in Japan.

In the 4DX format, movie seats move around to match the action in the movie. Audiences can also experience wind, mist, scent, and smoke.

Groundhog to the Future

If you’ve never seen the movie before… well, it’s a good one. It’s loosely based on a 1967 novel by science-fiction writer Yasutaka Tsutsui. Admittedly, it has similarities to the 1993 comedy Groundhog Day, although with more of Hosoda’s sentimentality and considerably less of Bill Murray’s wackiness. There are only so many ways you can do a time-travel story, but Hosoda’s vision feels fresh.

The story is about a schoolgirl, Makoto, who gains the ability to time-leap backwards, allowing her to re-do events. At first, this is immensely valuable for her, as it prevents her from being hit by a train. However, she quickly learns that rewinding the clock has consequences for her friends. (Homura says hi.)

Ultimately, there’s a bit of romance with a boy from the future, and morals about irreplaceable moments in time and making choices about the future.

Hosoda would explore time-travel themes again in the 2018 film Mirai, although that movie is aimed at a younger audience.

Although it’s older than the studio that it celebrates, The Girl Who Leapt Through Time was apparently chosen because it was Hosoda’s first independent feature film. He had previously directed One Piece and Digimon films, so this film was a huge leap forward, so to speak.

Incidentally, a silhouette of Makoto leaping through time is now Studio Chizu’s logo.

You can find more information about the 4DX screenings here.