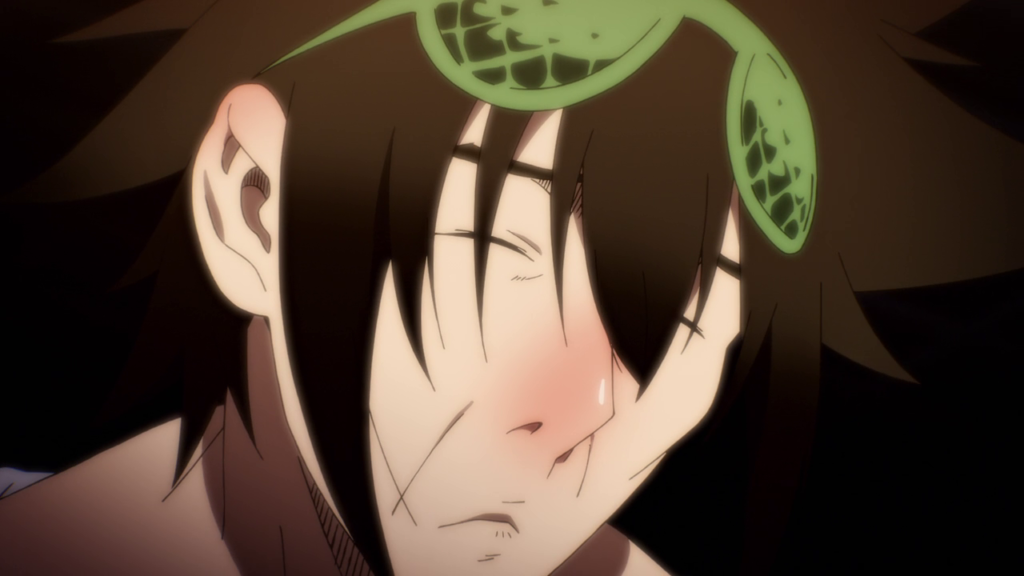 The long-awaited first episode of The God of High School is here. Based on the manhwa by Yong-Je Park and produced by Studio MAPPA in collaboration with Crunchyroll and WEBTOON, the anime adaptation was perhaps one of the most anticipated shows of the season. But does The God of High School episode 1 make a good first impression? Not quite.

First of all, I should say that I am not familiar with the source material. Unlike with Tower of God, the concept for God of High School never intrigued me as much and did not prove compelling enough for me to want to set aside the time to read the original manhwa before diving into the show. As a result, anything I say here is not necessarily a comment on the original story, but rather based on the merits and demerits of Studio MAPPA’s adaptation.

One point of comparison I can draw, however, is how The God of High School episode 1 immediately recognises and embraces its Korean origins and setting. Unlike Tower of God, the story is set in Korea and revolves around a martial arts tournament in Seoul, which means that the Korean language pops up more than once. The opening scene also leans heavily into the dirty world of Korean politics, which finds its real-world equivalent in the rise and fall of former President Park Geun-hye. Although my interests do lie more or less solely in the realm of Japanese culture and politics, it is refreshing to see another setting and language utilized every now and again – things can get stale, otherwise.

All of that, however, is just window dressing. What is The God of High School episode 1 actually like, and did it succeed in making a good first impression? For the first 10 minutes, at least, I would say no.

The God of High School episode 1 opens with our protagonist, Jin Mori, accidentally sleeping in and waking up late to participate in the titular martial arts tournament. What follows is a flurry of activity that barely slows down for one second: Jin rides his bike furiously down a hill only to nearly collide with an old lady; nearly gets hit by a motorcycle only to realize that the person riding it is a purse thief. He immediately sets off after him, which leads to even more breakneck action.

I am aware that this may or may not be the appeal of The God of High School, but there undoubtedly was a better way for Studio MAPPA to have handled it. In the first place, while the animation is undoubtedly expressive and energetic, it goes overboard in some places, leaving the viewer with what can only be described as motion sickness. The way that the camera wildly swings about is also particularly off-putting.

Another problem that The God of High School episode 1 suffers from is that of tone. Much of the series’ opening episode is consumed by a flippant disregard for bodily harm, collateral damage, and the laws of physics. Jin and Mira’s pursuit of the purse thief leaves a trail of destruction in their wake without many consequences, which makes everything feel slightly inconsequential.

Still, The God of High School episode 1 does improve in its second half. Once the focus shifts to the tournament proper, the animation calms down somewhat and we even get a nice scene showing off each of our respective main characters’ fighting styles. But I wouldn’t blame anyone for tapping out before then – if not for motion sickness, then the sheer inconsequentiality of it all. Let’s hope things improve by next week.