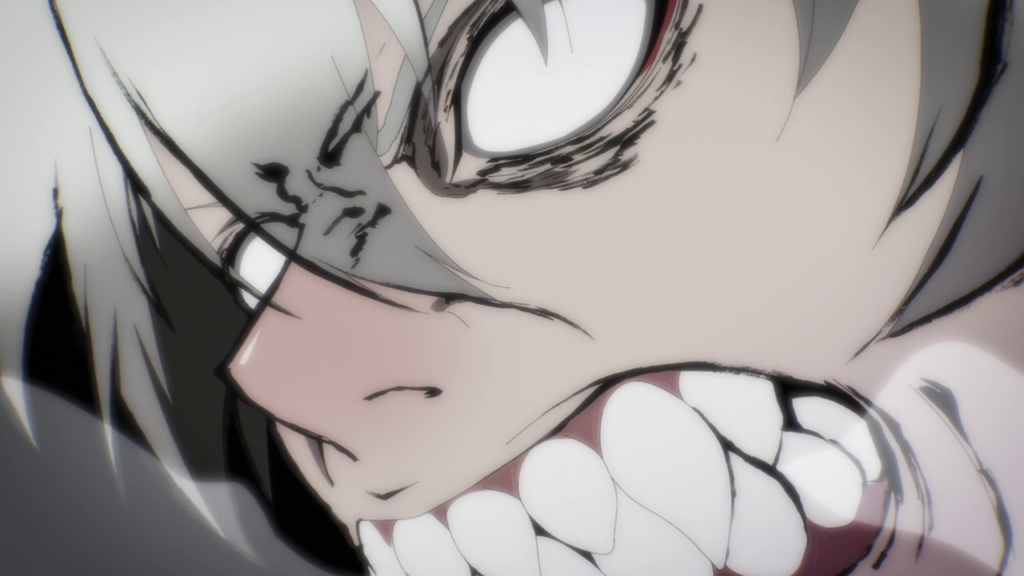 Truly, this episode is pure chaos, and not in the good way that some previous ones have been. Rather, it induces a feeling of whiplash that has the viewer questioning whether or not they have missed something along the way.

The first problem comes in the main narrative of this episode. The God of High School episode 12 sees Nox engage in yet another large-scale attack on Seoul, this time unleashing a horde of horrific angel figures to take on the forces of Park Mujin alongside the shadowy ‘God.’ Only, at this point, I’m only aware that Sang Mandeok is a member of Nox thanks to the wiki, which I frequently peruse to write these reviews. The show has made no effort to make that clear, bar a few quick shots of Mandeok together with his minions.

This problem carries over into the escalation of the attack proper. The God of High School episode 12 sees Seo Hanryang return from episode 10, which is great news considering his drumming scene is perhaps the finest sequence in the show so far. He is also joined by one other member of The Six: Na Bongchim, who taught Mori the use of pressure points back in episode 6. Only, again, the only reason that I know that both of them are in The Six is thanks to the wiki, as it has never been made clear in the show. Anime-only viewers may also be surprised to learn that Park Mujin is in it!

What is The Six anyway? What is Nox, for that matter? As of episode 12, we’re one episode away from The God of High School’s conclusion and so many things have been left unexplained. Alongside the fudged introductions and exposition, it has me thinking that trying to cram so many chapters of the original manhwa into 12 episodes wasn’t the best idea, after all.

Still, we do have the ending to look forward to, so let’s see if Studio MAPPA can stick the landing.

That being said, The God of High School episode 12 isn’t all bad. When it is focusing on characters that we do know and understand, such as Jin and Jegal, it does work: revealing Jegal’s past and his obsession with not being a “loser” is particularly effective in fleshing him out. That’s not the only thing we learn in this episode, either – as it turns out, Daewi can now use charyeok, and his abilities are surprisingly non-combative.

But is this really enough to take away from the sheer amount of confusion that hangs around The God of High School episode 12 like a bad smell? Not really. Just like earlier episodes of the series, it seems as if MAPPA’s adaptational approach has squandered the potential of an attractive property and created something that can only really shine when the studio’s best staff members come on board. It’s all style over substance, and I’m sort of going to be glad to see the back of it.

You can watch The God of High School episode 12 via Crunchyroll.