The God of High School Episode 2 Review: A Question of Timing 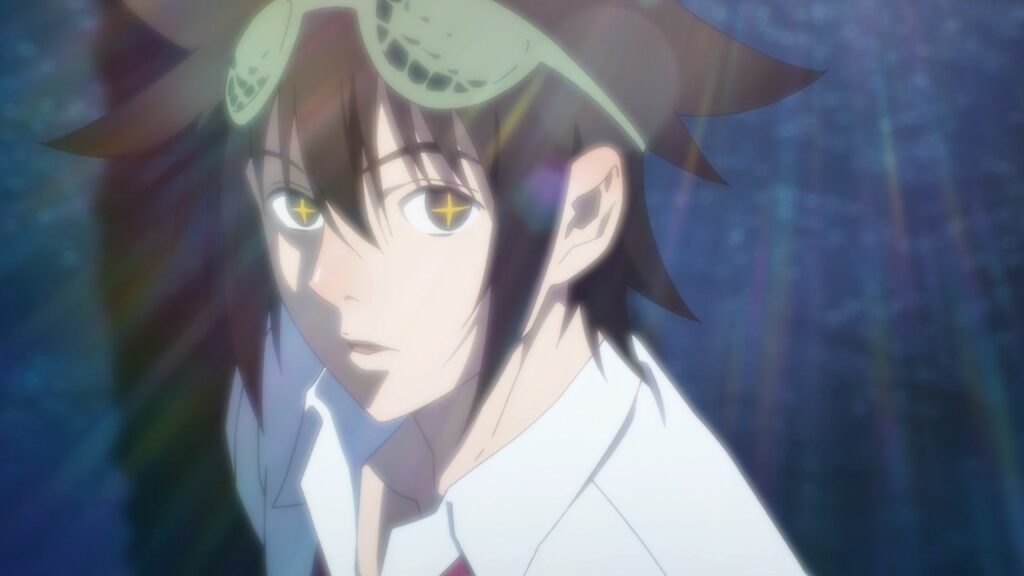 After a bit of a discombobulating first episode, I hoped that The God of High School episode 2 would be an improvement. More specifically, I hoped that the series would get more into what appears to be its core appeal: martial arts fighting in a tournament setting. And while that certainly did happen, it didn’t exactly happen in the way that I expected – leaving me frustrated and confused by the end.

The God of High School episode 2 opens with a series of scenes that reestablish our main trio (Jin, Mira, and Daewi) and confirm their individual character motivations. There is a particular focus on Mira, as Jin accidentally drops her sword in the river – leading to a flashback scene where we see her backstory and origin. This is fine, necessary work, even if it takes away from what I actually wanted to see from this episode; if we’re going to be spending a lot of time with these characters going forward, then it totally makes sense to flesh them out a little bit.

That being said, most of The God of High School episode 2 is not focused on the main trio of Jin, Mira, and Daewi. Rather, the bulk of the most exciting portions of this episode are focused on a fight between tai chi master Gam-Do Go and Man-Suk Kang, who appeared at the end of last week’s episode. This part contains some excellent animation and blood-pumping music, but I have to ask: what was the point of focusing so much on the main characters in the first half if they were just going to be sidelined in the second?

Of course, Jin does turn up at the very end to teach Kang a lesson. But this poses yet more problems: despite taking place in a tournament structure with clearly defined rules, Jin’s entrance breaks those rules and feels like a deus ex machina. He is going to be reprimanded for it, sure, but this development in The God of High School episode 2 has me worried about how flippant the story appears to be about its own rules.

A lot of this can be put down to an issue of timing. It’s never a bad thing to introduce and develop new characters, and indeed long-running action series thrive on such things. Nevertheless, at this early stage, it feels more appropriate that we get to grips with our main cast; we don’t even get to see Mira and Daewi in action this episode, as The God of High School episode 2 skips through their fights to get to Go vs. Kang. Furthermore, while subverting the established rules of the setting is undoubtedly necessary for interesting storytelling, it’s usually best to let your viewers get accustomed to them first before demonstrating them to be irrelevant.

The weakness of The God of High School episode 2 can perhaps be put down to issues of adaptation. Perhaps, like Tower of God, Studio MAPPA has a lot of material to get through before we can get to the good stuff. I wouldn’t know, because I haven’t read the source material. Even so, that doesn’t forgive the blatant missteps in the story’s structure, which just has me even more worried about what might happen in the future.

You can watch The God of High School episode 2 via Crunchyroll.