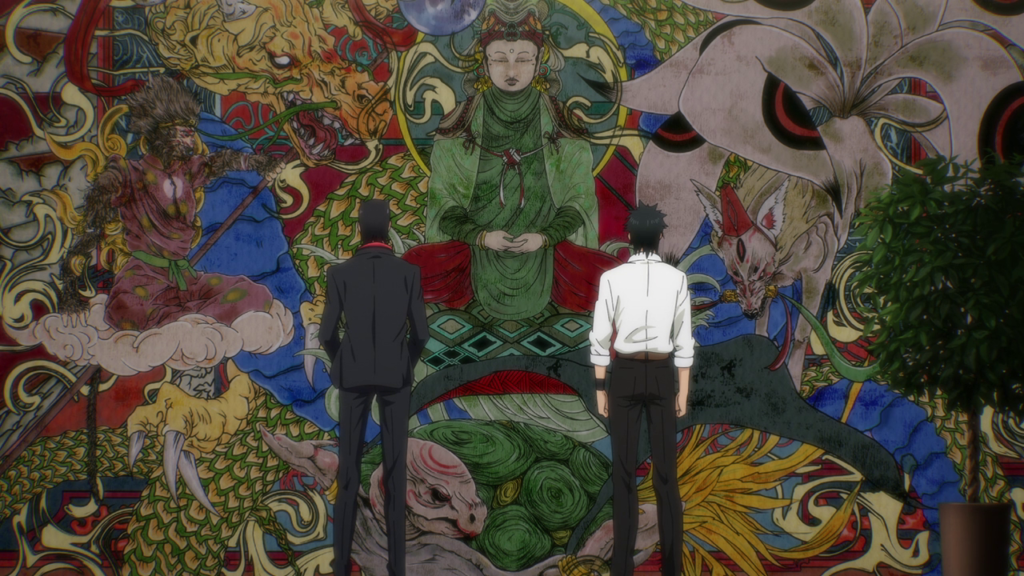 Last week’s The God of High School made it pretty clear that the series would be moving into a new arc come episode 6. Although I have had my problems with the series so far, there is no doubt that this presented an opportunity for the show to change for the better. Not only would it be able to learn the lessons of its past mistakes (namely the very fast pacing), it would also be able to move onto greener pastures and explore some more exciting new material.

At least, that’s what you’d hope. Does The God of High School episode 6 do this? Not really.

For the most part, The God of High School episode 6 continues down exactly the same path as the first five episodes did, fast forwarding through the source material and expecting the viewer to keep up. There is an awful lot of name-dropping and exposition delivered in this episode: “The Six”, “The Key”, “Jebel”, “Nox”… you might want to get out a pen and paper, as some of this will be on the test.

Of course, exposition and set-up is key to any story, and it would be crazy to bash The God of High School episode 6 just for trying to carry out this simple task. But it is again the way that the show skips over so much material that makes it hard to follow. For example, Jin has a run in with one of “The Six” while training at the park – we can then assume that he underwent some sort of training from him when he uses some of his techniques to heal Mira’s shoulder, but this is never actually explained. Sure, you could argue that future episodes might go into it, but the pattern of the adaptation thus far makes me doubt it.

One of the only bits of exposition that is actually lingered on for any amount of time is the concept of Charyeok. I was already aware that this concept existed from using the God of High School wiki to write these reviews (a necessity given the lack of explanation), but it is good to see it finally brought up in the show. This also serves to explain all of those encounters with bizarre, Stand-like powers in previous episodes, as well as promise to develop a proper power system sometime in the near future.

The God of High School episode 6 also contains a fair few effective character moments, such as the introductions of Jin’s grandfather and Mira’s conversation with Sim Bongsa. The former is marred a little by the inexplicable giant sword that emerges from the heavens (looks cool, but what exactly is it?), but it is nice to see a character that has been hinted at from the very beginning finally introduced. The latter is also surprisingly effective, establishing Sim as a proper character and not just the fighting tournament’s announcer, even if the utilization of his family for emotion feels a little cheap.

For the most part, however, The God of High School is dedicated to setting up the next arc. Certainly, there were things that got me paying attention – Sim’s death, for one, but also the possibilities that Charyeok entails – but it is hard to get excited knowing that the series does not plan to change one bit, nor slow down for one fraction of a second.

You can watch The God of High School episode 6 via Crunchyroll.