The Heroic Legend of Arslan is an Ambitious Novel Adaptation 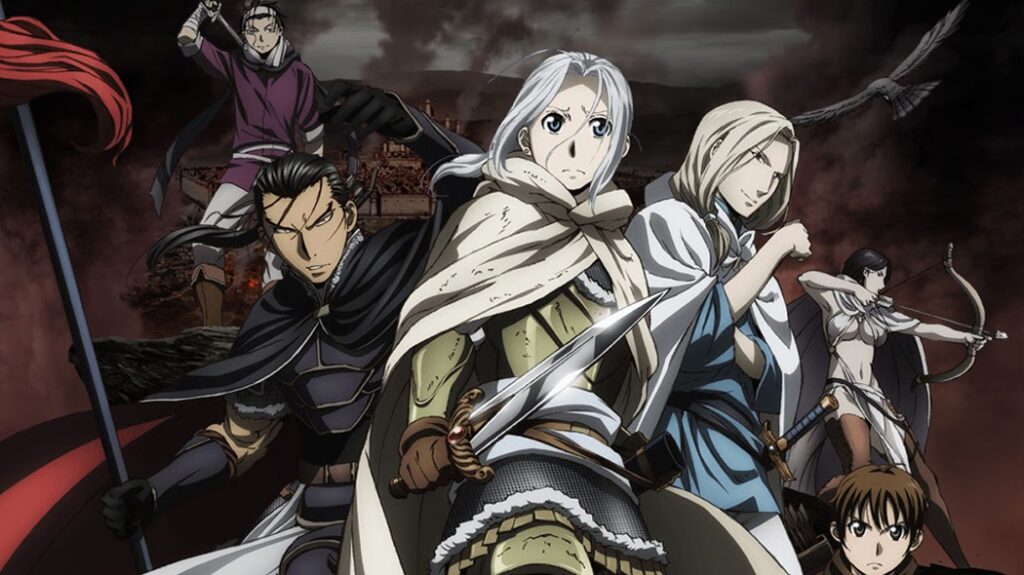 If you’re a fan of epic fantasy novels, I don’t even need to waste my time formulating a pitch for The Heroic Legend of Arslan. It’s got everything you need for full immersion in a fictional world–warring kingdoms, bloody battles, magic users and moral dilemmas. There are no elves or dwarves here, no, but there is a story that will grab you tight and not let you go until it’s been told.

Those who have been in the anime world for some time will recall the series as being rather dated, with the first manga series coming in 1991 and an unfinished OVA release around the same time. But 2015 brought a new anime incarnation, and it’s a delight, wowing audiences with its attention to detail and artistic prowess. With renewed interest in the series, now is the time to head to war.

Crown Prince Arslan of the Kingdom of Pars is kind and gentle, far too sweet to be what his country needs in a time of struggle. But when Pars is invaded by nearby Lusitania and his father is assassinated, Arslan must overcome his own weakness to free his people. Along with just a few close followers, he starts a journey to learn more of his lineage and find what it takes to be a King.

The story is compelling, but as you’ll see, the characters are even more so.

The Heroic Legend of Arslan Characters You Need to Know

The Heroic Legend of Arslan is Based on a Novel Series?

It’s common for an anime series to be born from a popular manga series, but it isn’t too often you hear about a manga series stemming from novels.

The first of the Arslan novel series was released in 1986, and over the next 31 years a total of 16 novels would be released. The final volume was released on December 15, 2017. 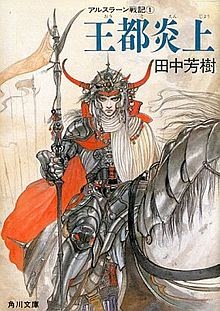 Dr. Yoshiki Tanaka is the author of the series, and surprisingly, it isn’t his only literary work to be reimagined in anime form. Between 1981 and 1987, he published the Legend of the Galactic Heroes saga, which has also been adapted into various anime and manga series.

It’s also worth mentioning that the cover art for the novel series was done by Yoshitaka Amano, famous for his work on the Final Fantasy series.

Tanaka was inspired by myths he had read relating to the Persian world before it was conquered by Islam. Specifically, the Persian epic Amir Arsalan served as the main inspiration. It tells the story of Arsalan, a child who is birthed by a royal mother and a merchant father, who someday learns of his royal origins. He leaves a quiet life in Egypt to return to his homeland, eager to take the throne.

Two Manga Adaptations, the Second by an Internationally Famous Artist

The Arslan novels were incredibly popular in Japan, and the original manga series was published between 1991 and 1996 in the now defunct manga magazine Monthly Asuka Fantasy DX. Sadly, these have never received a western release.

In 2013, a new Heroic Legend of Arslan manga series began serialization in the monthly manga publication Bessatsu Shonen Magazine. The magazine is also popular for serializing Attack on Titan and To the Abandoned Sacred Beasts.

As if just getting a new manga wasn’t exciting enough, fan obsession reached a fever pitch when they realized who the artist would be. Hiromu Arakawa, the woman behind Fullmetal Alchemist and Silver Spoon, would be responsible for bringing the story of Arslan to a new generation. Honestly, they couldn’t have chosen anyone more suitable.

The manga is still ongoing, and the chapters have been compiled into 12 volumes so far. These have been released in North America by Kodansha Comics.

The Original OVA and the Anime Series Two Decades Later

While a series of OVAs were released between 1991 and 1995, they were a bit of a disappointment. While the art was impressive and the character designs were well-received, the story was never completed, and the North American release was filled with inconsistencies. This was due to various episodes being dubbed by different studios.

In 2014, it was announced that a new 25-episode Heroic Legend of Arslan anime series would air on MBS in Japan beginning in 2015. It also received an 8-episode second season in 2016. The director of the series was Noriyuki Abe, famous for directing groundbreaking hits like Yu Yu Hakusho and Bleach. 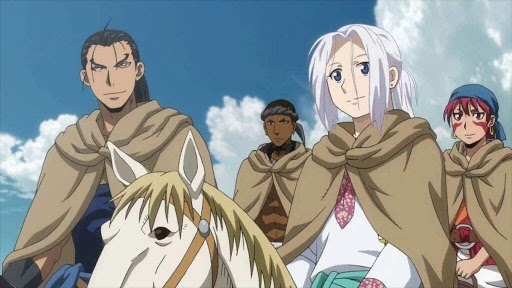 The series was licensed by Funimation in North America.

Where to Read the Arslan Manga and Watch the Anime Series

My biggest gripe is that the novel series has never been published in English, because they are incredible. I could rant and rave about the quality of the storytelling, but I’ll point you towards the manga series instead.

Visiting the Kodansha Comics website will allow you to read sample chapters or publish the manga either digitally or in print form. You can also find volumes available on Amazon.

As of 2019, chapters of The Heroic Legend of Arslan can also be purchased on the global Kadokawa Manga portal Bookwalker.

The 2015 Heroic Legend of Arslan anime series is currently streaming on Hulu and Funimation. If you’re looking for the original OVA collection, you can find it on VHS or DVD on Amazon.