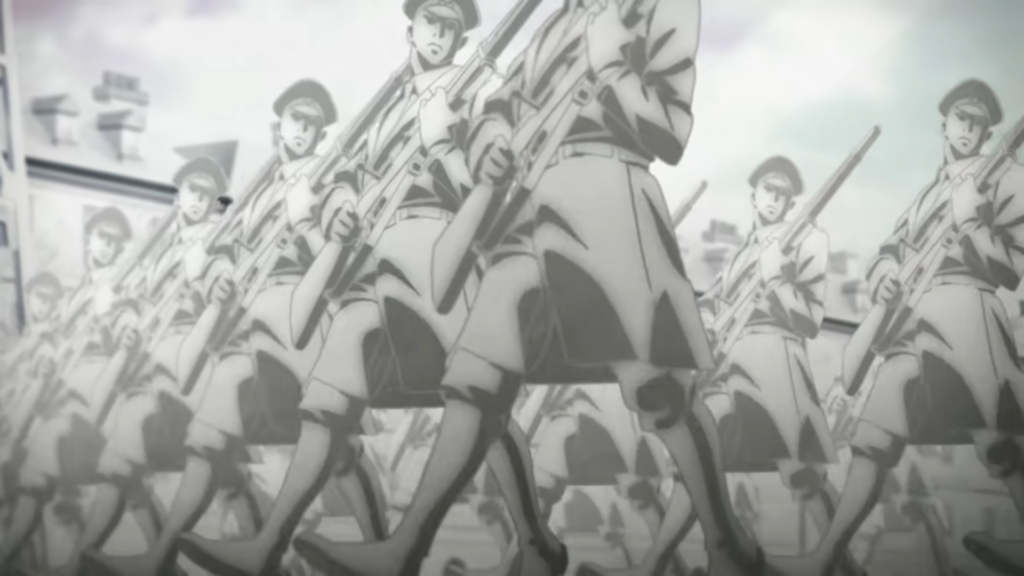 The Importance of the Less Popular Attack on Titan Theme Songs

The gargantuan popularity of Demon Slayer reminds us of that a show and its theme songs are inseparable. As that franchise’s fanbase grew into the wild yonder, so did anison veteran LiSA become part of the Japanese Pop mainstream. Truly, people fondly remember their favorite anime tunes as deeply as they do their first kisses, which is why it’s been so surprising Linked Horizon makes no appearance in neither the opening nor the ending of Attack on Titan: The Final Season. Their booming chorus vocals in the very first opening were not only instantly recognizable, but necessary in drawing new viewers through memes, clips, and word of mouth. In the following seasons, they had provided at least one Attack on Titan theme per. As the show evolved though, it shed the need for what Linked Horizon conveyed about the series, and with that we can look back more clearly on what the rest of the theme contributions brought to the table.

Perhaps no Attack On Titan theme better embodies what the show mutated into by The Final Season than the current opening ‘My War’ by the cult favorite Shinsei Kamattechan. Some fans, or rather people who have talked to me in real life, have called the track ‘pretty weird’ and balked ‘Wait, this isn’t Linked Horizon’ when I expressed excitement about the new opening. Absolutely, the militaristic chanting inter-playing with the main vocal line means to evoke the old openings, but in an arguably meta fashion. See, Kamattechan, as many affectionately call the group, employs similar chants and then intentionally distorts the sound everybody associated with the show previously. As The Final Season embarks on new territory, evoking the horrors of war and painting a picture much less black and white than season one’s ‘Titan bad human good’ shonenery, the active twisting of its emblematic sound declares that the show’s no longer about it.

Season 3’s ‘Red Swan’ comes as another Attack On Titan theme that we can extrapolate a meta reading from. Our editor-at-large jokingly said that in order to run this article, I’d have to state that ‘Red Swan’ wasn’t ‘that bad’. Not that I ever thought it was too terrible, but perhaps fans thought it was too off the mark for the brutality of the show. Thinking about who made the song though, we can see what the studio was going for; ‘Red Swan’ entered the world a collaboration between L’arc en Ciel’s HYDE, a famous musician who’s done some anime music here and there, and YOSHIKI, one of Japan’s most famous musicians period. In getting these two superstars to not only work together but for the sake of Attack on Titan can be read as an acknowledgement of the series’ ascent as a cultural force every bit as big as X Japan.

That cultural ascent may not have been anything more than a 15 minutes of fame if Attack On Titan hadn’t evolved out of being a shonen show, and viewers could see how eager it was to do so at the end of the first Season 2 episode. Not knowing this before watching the episode, I jumped out of my seat hearing Shinsei Kamattechan blaring out of my TV in 2017. Before that ending, and until this opening for The Final Season, the band had never done any anime songs, and instead made surreal music popular with alt Japanese teenagers and online music otaku. Season 2’s ending ‘Yuugure no Tori’ isn’t even one of their more mainstream songs; Instead, the most anticipated Season 2 of an anime (maybe ever) stuck in a freak otherworldly slow ballad you could hardly believe was presented in tandem with the opening ‘Sasageyo!’ chants. An eerie tortured song, it perfectly mirrored the purposefully slow and horrific crawl out of shonen story-telling much more than its ‘epic’ JAM Project style opening.

Like The Final Season, doesn’t the new ending also bring you somewhere else entirely? You can watch it on Crunchyroll.