Sumire Uesaka has one of the most famous voices in anime and she isn’t afraid to use it.

To call the 28-year-old a triple threat would be an insult to her talents. She has an impressive voice-over career, a booming singing career, is fluent in several languages, models, had her own radio show, and now can add muse for kick-ass dolls to her list. 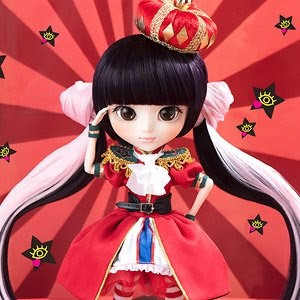 It would be a near impossibility to list all of her credits — she currently has 73 in voice acting alone. Instead, we’ll look at a few of our personal favorite projects of Useaka, or Sumipe as her fans call her.

Sumire started working in entertainment at the age of 8 years old. Space Craft Commercial Junior signed her and she became the first Japanese actor in a Vidal Sassoon campaign. Even before leaving for university, she was a regular on Web Radio @ Dengeki-Bunko.

Despite her early success, Sumire Uesaka in entertainment chose a different topic for her degree: Russian Studies. Uesaka’s love for Russia when she first heard the USSR theme song. She later said the anthem fascinated her with its “majestic melody and beautiful Russian tune”.

She was accepted at Sophia University’s Department of Russian Studies. On a study abroad trip to Moscow, she clicked with a female Russian student whose degree was in Japanese Studies. The student was also very interested in Anime and told Sumire of its popularity in Russia. Sumire cites this realization as the inciting trajectory for her career.

Sumire focused her energy on seiyuu, the term for voice actors in anime. She stayed in the Space Craft family but moved over to Space Craft Entertainment in 2011. Since then she has lent her voice to dozens of characters. Several of which have showcased her fluency in Russian.

When asked by Sophia Online about the roles she chooses to take Sumire replied “I am the one playing the role, so I must fall in love with the characters I play. A role really comes alive when my affections are n synch with the character I am giving voice to. When this happens, it leaves long-lasting impression viewers even after the show ends 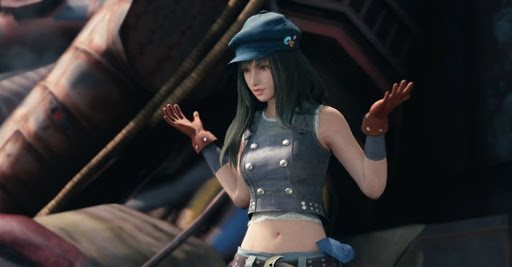 video game. Sumire Uesaka voiced Kyrie Canaan, a character of hers originally from Final Fantasy – The Kids Are All Right: A Turks Side Story.

Kyrie Canaan is a con-artist and thief that you can encounter several times during FFVII Remake. Fans were delighted at her return and though it’s unclear if her storyline will continue, hope to see her in future Final Fantasy projects. 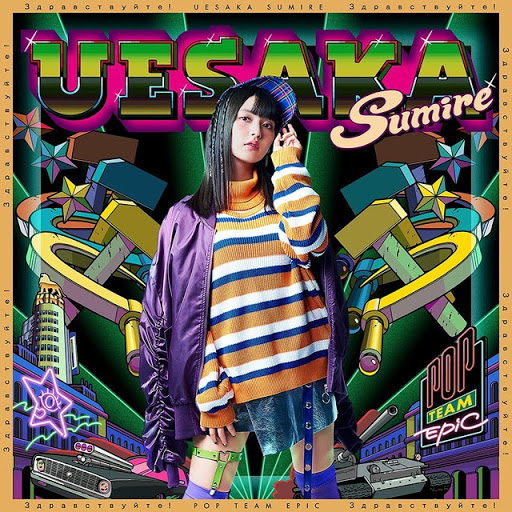 Sumire Uesaka’s most popular anime project to date is her catchy theme song for Pop Team Epic. Pop Team Epic ran from January 2018 to April 2019 and was based on the popular Manga by Bkub Okawa.

Sumire’s eccentric flair made her a perfect fit for this project. We’re sure even Pipimi and Popuko would agree that it’s a bop.

There’s still no official news on season 2 of Pop Team Epic, but if and when it comes back we can only hope Sumire Uesaka is asked to provide more music. Until then, you can currently watch Season 1 on Netflix.

Neo Propaganda released in January of this year and is Sumire’s fourth album. A Blu-ray showing the process of making the album

The album captures everything that is joyfully contagious about J-Pop. The album is full of fun songs like Super Lu Bu Lu Bu Paradise! And Uesaka Dynamic.

Of course, it wouldn’t be a Sumipe album without at least one song about Russia, which brings us to the dynamic single Run Fast, Rasputin!. Through the years multiple songs have been written about the Russian mystic, but none have as much “anime song energy” as Uesaka puts it in this message to her fans:

The whole album is worth a listen and is available on Spotify.

Sumire Uesaka has had an incredible career and shows no signs of slowing down. You can currently catch her as Huang Yui on Sakura Wars: The Animation and as Kokomi Kikyoin on Hatena Illusion.