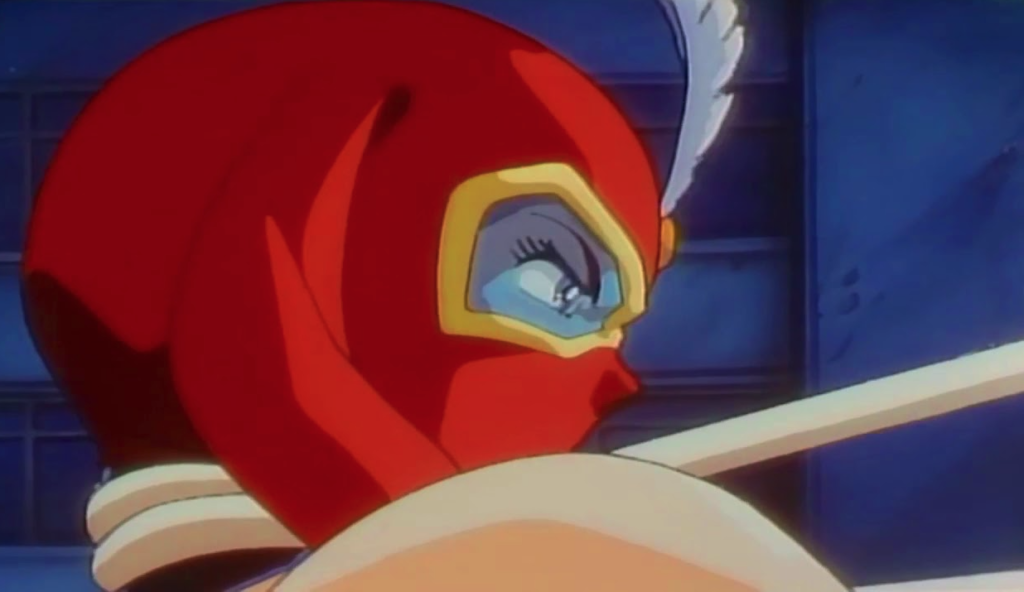 I admit, I’m not quite sure where to begin with Kekko Kamen.

Sometimes, you happen upon a premise that just leaves you speechless. Kekko Kamen is not even that, per say, but…it’s definitely one of those things that makes one question whether or not what they’re seeing is real.

Whether or not they’re reading too much into a series that’s supposed to be absurd.

Regardless, I have learned that my anime tastes are rather vanilla in comparison.

In a nutshell, Kekko Kamen is a manga-turned-series about degeneracy, misogyny, and overcoming both while clad in nothing but…well, nothing. Nothing at all. 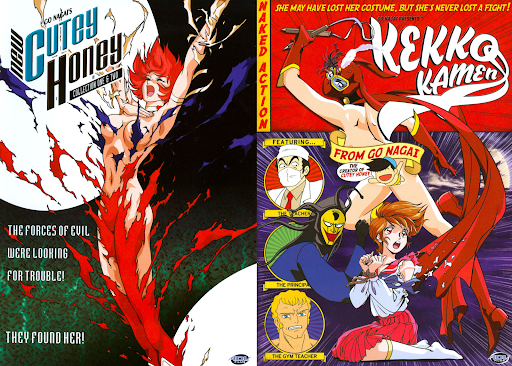 The OVA also led to a light novel released later in the same year which I found a bit odd considering the titular Kekko Kamen’s design is pivotal to the story (yes, light novels do tend to include illustrations, but Kekko Kamen must be seen to its full extent).

However, what probably surprised me the most about the original manga is that it ended up spawning a whopping eleven live-action films between three separate studios!

So, what is the deal with Kekko Kamen?

To put it simply, mangaka Go Nagai is known as the “creator of modern ecchi,” and this shows in his work (including Cutey Honey!).

The story follows innocent and unlucky first-year Mayumi Takahashi as she struggles to meet the high expectations of Sparta Academy. Unfortunately for Mayumi, failure of any kind results in cruel punishment by the high school’s male faculty, their ringleader being the principal “Toenail of Satan.” Yes, you read that right.

I have two major no-no’s when it comes to the shows I watch, and one of them happens to be graphic and excessive violence against female characters. Unfortunately for those who feel the same way, Kekko Kamen’s ridiculousness comes from the humiliation and nudity of its girls and women.

Luckily for our protagonist and her fellow students, the masked, near-nude heroine “Kekko Kamen” never fails to save the day.

Whenever Mayumi is about to be put in serious danger, her mysterious savior arrives on the scene and deals some serious punishment with martial arts, nunchucks, and staff in hand.

While watching the female students (and one determined teacher) suffer, quite frankly, sucks, their solidarity and support of Kekko Kamen in an otherwise lawless world makes for a story that’s…memorable at the very least.

“Kekko Kamen” is a name that inspires hope in the student body, her own powerful body spelling out death for those who choose to prey on the weak.

In contrast, Mayumi is simple in design, unassuming, and ultimately serves as our POV character if anything. Though I do appreciate that her and the other students’ affections for Kekko Kamen are given weight and even lead to personal arcs for some.

As for the villains, they’re flat, but still manage to serve their purpose.

They’re caricatures of cruelty at best, parodies of toxic masculinity at its worst, who still pose a threat to our protagonist despite how over the top they are, the principal’s jester shtick being a clear indication of this.

It’s definitely not my cup of tea, and yet, I see glimpses of Kill la Kill, a show I do happen to like, and Shimoneta: A Boring World Where the Concept of Dirty Jokes Doesn’t Exist in the way Kekko Kamen carries herself.

Kekko Kamen’s “outfit” (especially her rabbit ears and red boots) evokes femme fatales, models, and wrestlers to a tee, and while this combo may be titillating on paper, it looks ridiculous in practice.

Yet, Kekko Kamen owns her body and owns this outfit. She’s confident and unashamed of using her looks to distract the male faculty if only to give them a painful spoon or two of their own medicine.

There are legitimate fears of inequality and sexual violence underlying Sparta Academy, but with that said, Kekko Kamen represents the kind of spirit that refuses to be silenced, to stand still. To a degree, she may even be considered a female “revenge fantasy” that turns “sexy” into a symbol to rally behind.

And not to spoil our heroine’s secret identity, but let’s just say it speaks volumes to girls and women coming together to make things happen.